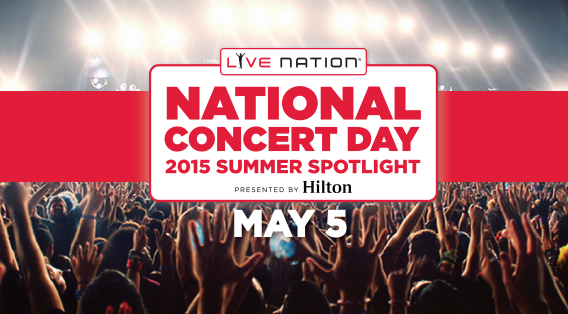 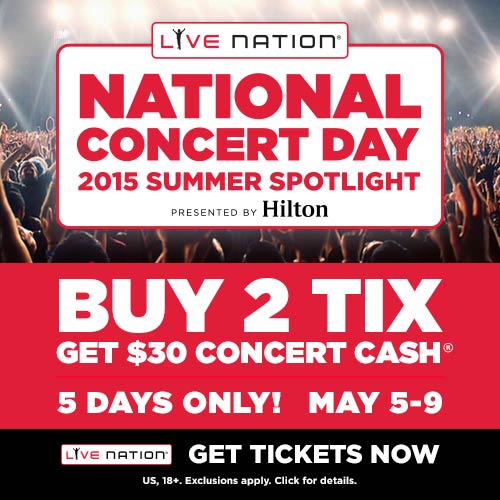 May 5 is the first-ever National Concert Day! Announced by Live Nation, the global leader in entertainment, this spectacular day celebrates not only fans, but also music artists, live music industry leaders, tour managers and their teams, as well as all the hard working employees at venues across the country that work tirelessly to produce the incredible music experiences that will be seen this summer.

As part of the celebration, Live Nation will host the 2015 Summer Spotlight presented by Hilton — a massive live concert and media event today, May 5, at New York City’s famed concert hall, Irving Plaza. There will be thrilling performances by Kid Rock and Florida Georgia Line, and special appearances on stage by some of this summer’s hottest touring artists including Billy Corgan of The Smashing Pumpkins, Metric, Mick Jones of Foreigner, Rae Sremmurd and Tinashe and along with host of the event, Hoda Kotb of The TODAY Show. Brandon Boyd & Mike Einziger of Incubus, Jason Wade & Bryce Soderberg of Lifehouse, Kip Moore and Wiz Khalifa also made appearances during a special pre-event at Irving Plaza. Live Nation offices throughout the country are also commemorating National Concert Day with various events, special promotions and media programs of their own.

Also as part of the celebration and as a way to thank fans for their tireless enthusiasm and excitement about the summer concert season, Live Nation is offering a very special ticket promotion starting today until Saturday, May 9: anyone who purchases at least two concert tickets will receive $30 in Live Nation concert cash good for use towards their next purchase for tickets to a show of their choice. To learn more, fans should visit www.livenation.com/concertday15. 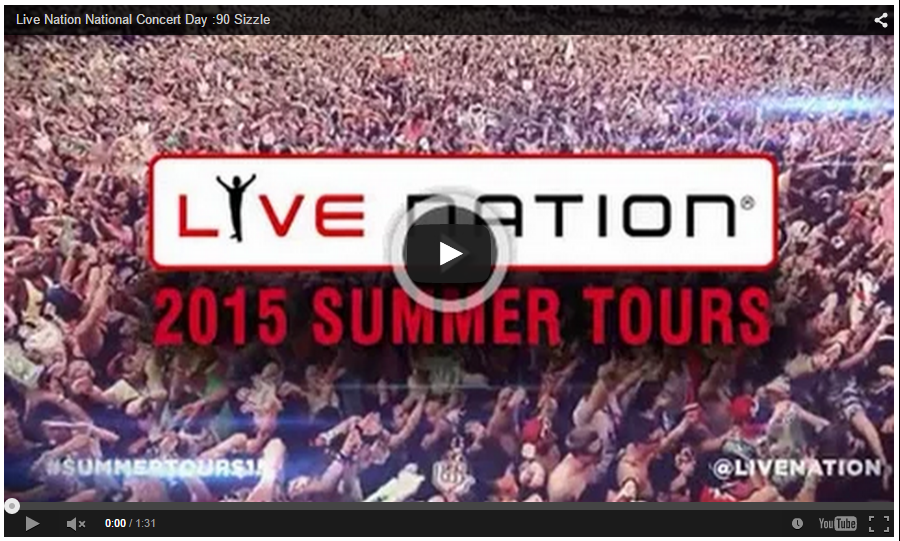 New Kids on the Block with TLC & Nelly

The Smashing Pumpkins and Marilyn Manson

Budweiser Made In America

Jamboree In The Hills