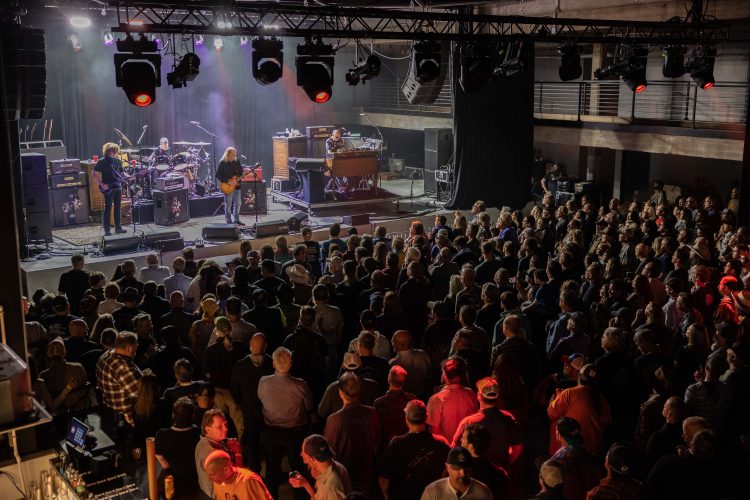 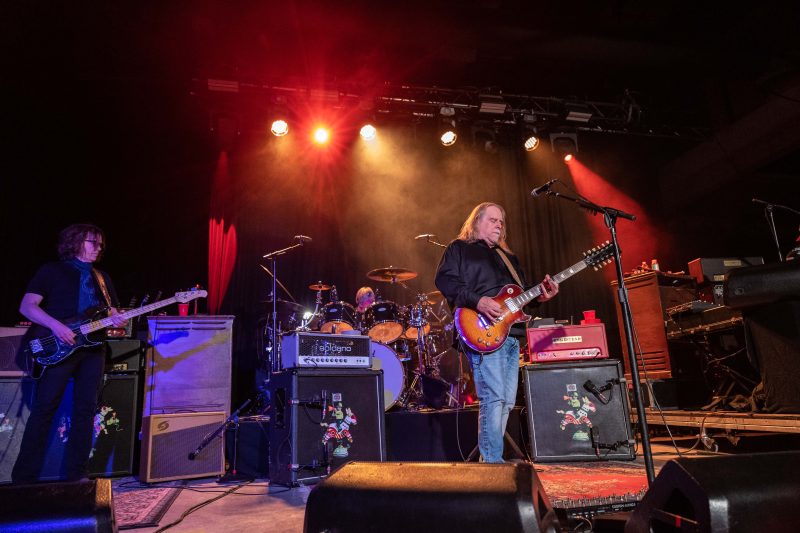 Gov’t Mule was greeted with a sold out crowd for their first show of the Texas run on a cool and comfortable fall evening at the historic Fort Worth stockyard’s. Warren Haynes and his
southern rock jam band took the stage at Fort Worth’s newest venue Tanahill’s Tavern and Music Hall. Tanahill’s is a one thousand person bar/music venue tucked into an area
coincidentally named Mule Alley. The string lit alley has the most modern feel of stockyards with a Shake Shack, Luchesse boots, as well as the luxurious Hotel Drover, fit for the most
cosmopolitan rhinestone cowboy. Not to “Dallas your Fort Worth”, but it would be hard not to draw comparisons to Marc Cuban’s similarly sized new Dallas venue Echo Lounge. Tanahill’s
doesn’t have that well oiled live nation nature to it quite yet, but it gets the job done and seems to be handling the learning curve gracefully. Tannahill’s had an eclectic first handful of shows
featuring Shiny Ribs, Foreigner, and surprisingly Ludacris. 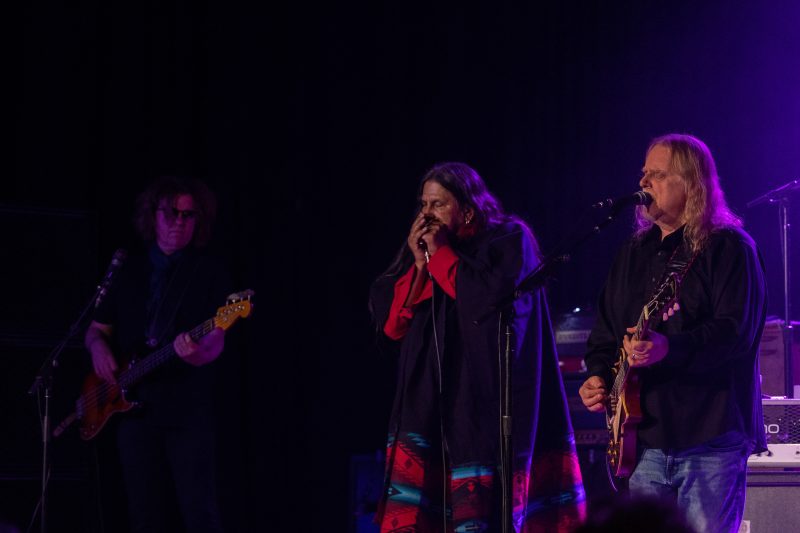 The band took the stage at Tanahill’s around 9pm with no opening act. The denim-clad dominantly male crowd greeted the band with enthusiastic cheers as Warren came out with a 12
string Les Paul featured on the opening song, “Railroad Boy”. The opening track off their 2009album “By a Thread” was a reminder that you can always count on Gov’t Mule for strong
southern vocals, a fresh setlist, and southern ballads that blossom into soaring guitar led jams.  The southern rock of Gov’t Mule evokes a classic rock sensation similar to the album “Led
Zeppelin III”. Warren was howling the notes both from his guitar and vocally in unison getting the Wednesday night crowd going early. They reached back further into the catalog for “Game
Face” where Warren went back to his usual six string Les Paul through his Soldano amp with a rotary effect that added an organ-like quality to his playing. They were steadily chugging along
and gaining momentum as the first set progressed into a quieter pulled back Allman Brother’s type of jam with “Little Boy Brain”. 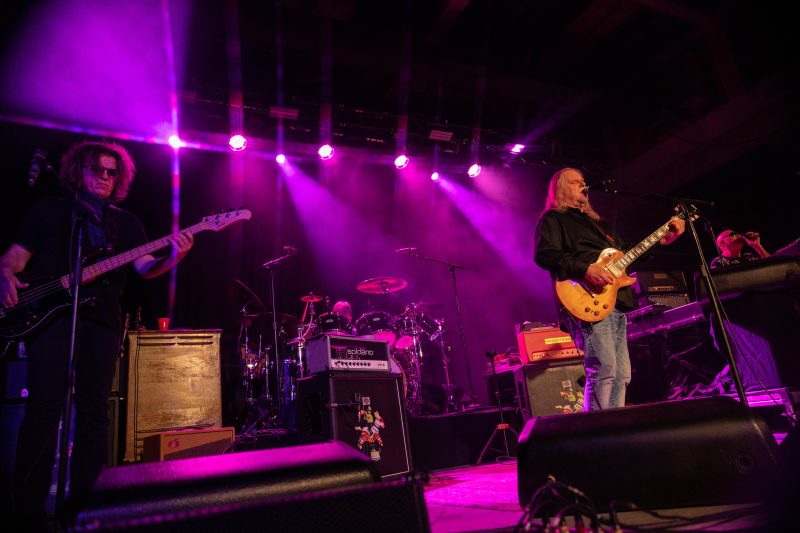 During the pandemic caused break in Warren’s normal workhorse schedule, Government Mule renewed their vows to the blues with their latest album, “Heavy Load Blues”.
The band brought out pancho draped guest musician Hook Herrera to add harmonica to some heavy blues jamming to “Help Me” and “30/20 Blues” to finish off the first set. Herrara who also
collaborated with the Allman Brother’s Band would be back to add more harp to a John Lennon tune “Working Class Hero”. 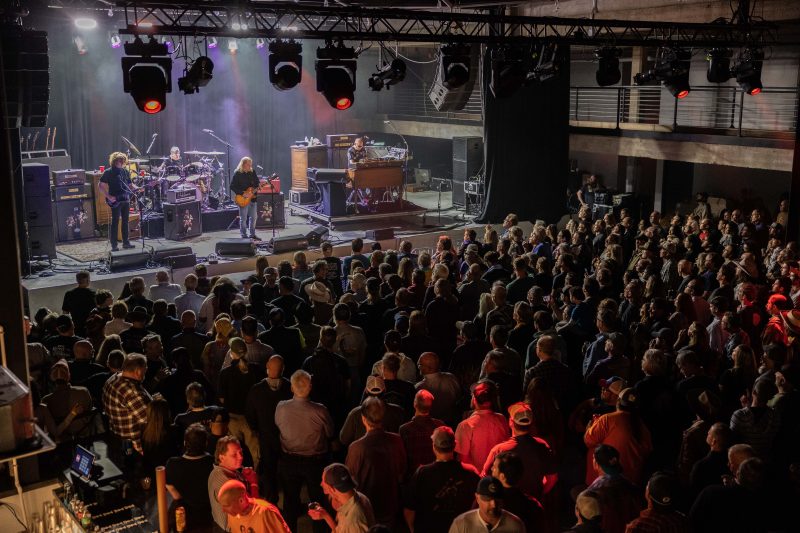 The second set did not feature any covers of hits from ABB or the Grateful Dead that find themselves in many Mule shows but rather a Prince cover of “When Doves Cry” into “Beautifully
Broken” and a John Lee Hooker cover of “Blues Before Sunrise”. More roaring jams were yet to be had with a fan favorite “Blind Man in the Dark” and a medley show closer “Mr. Man > Mule >
Mr. Man”. Mule Alley was rocking on a Wednesday.