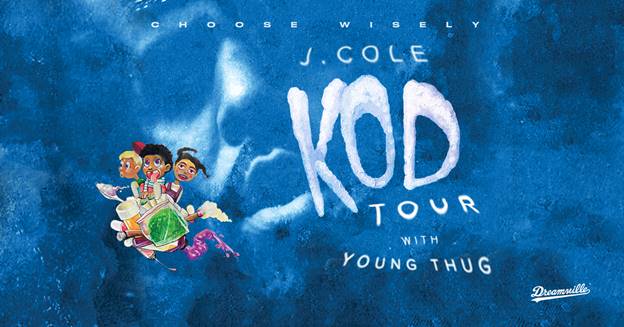 Tickets On Sale to the General Public Starting Saturday, May 12 at Dreamville.com, Ticketmaster.com, and ATTCenter.com

J. Cole has announced that he’ll embark on a 34-date tour in support of his chart-topping new album KOD, with special guest Young Thug. Produced by Live Nation, the tour will kick off in Miami on Aug. 9 and make stops across North America including Atlanta, Chicago, New York, Los Angeles and more, before wrapping in Boston on Oct. 10. See below for J. Cole’s full itinerary.

Tickets for the Aug. 17 date at the AT&T Center in San Antonio go on sale to the general public beginning Saturday, May 12 at 10 a.m. CT at Dreamville.com, Ticketmaster.com, ATTCenter.com

Released via Dreamville with distribution through Roc Nation/Interscope Records, KOD arrived on April 20 and debuted at #1 on the Billboard 200, marking J. Cole’s fifth consecutive #1 on the chart. Along with scoring the biggest streaming week for an album so far in 2018, KOD has earned the third-biggest streaming week for an album in all of chart history. The tour will be a can’t miss outing for fans of the highly praised and much discussed album.

American Express® Card Members can purchase tickets before the general public beginning Tuesday, May 8 at 10 a.m. through Friday, May 11 at 10 p.m.

In addition, there will be a Spotify pre-sale beginning Friday, May 11 at 10 a.m. local time and continuing through 10 p.m. that day.

Fans will also have the opportunity to gain early access to ticket pre-sales, beginning Friday, May 11 at 10 a.m. EST, through purchase of KOD bundles at http://smarturl.it/KODStore. 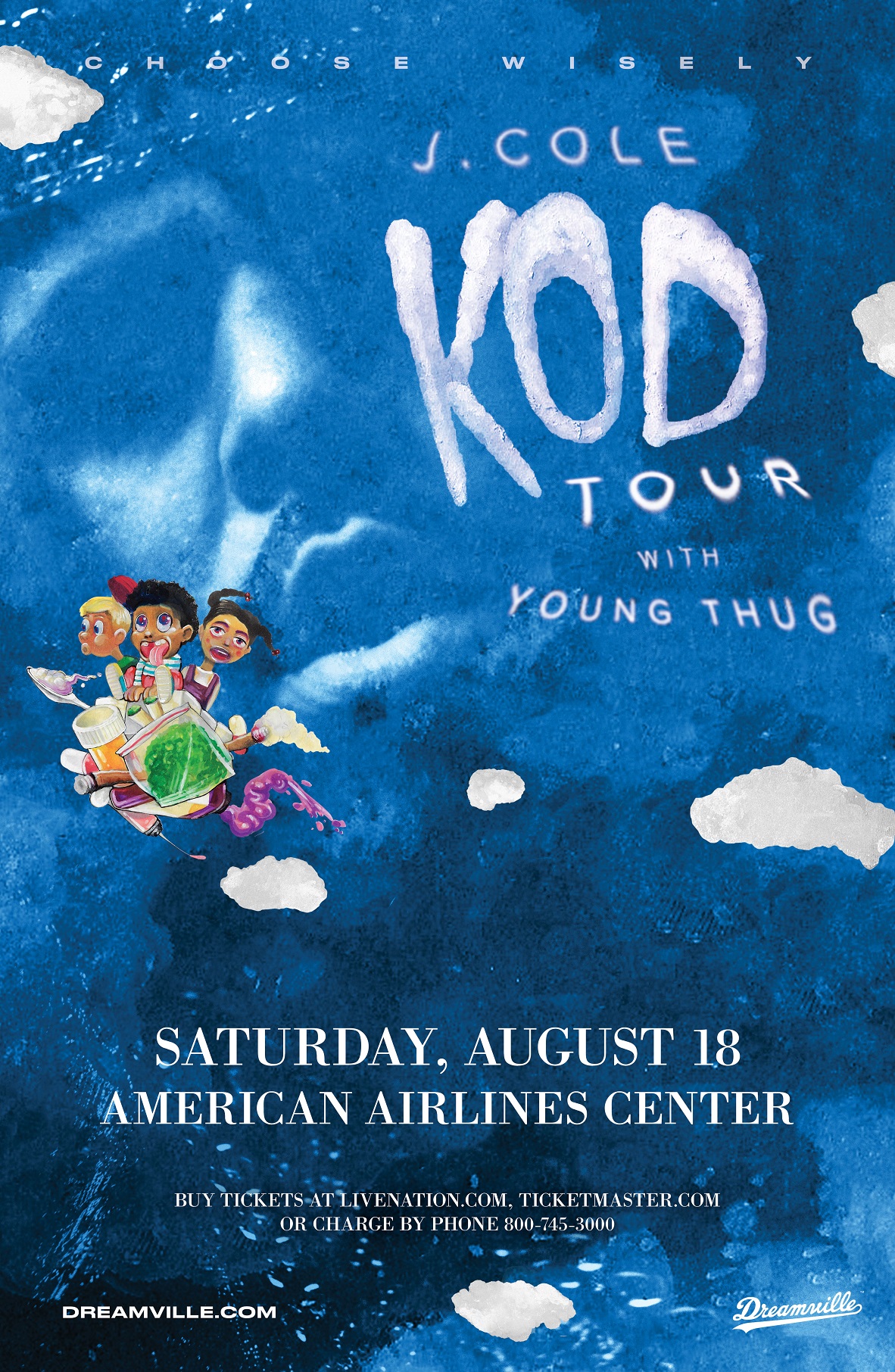