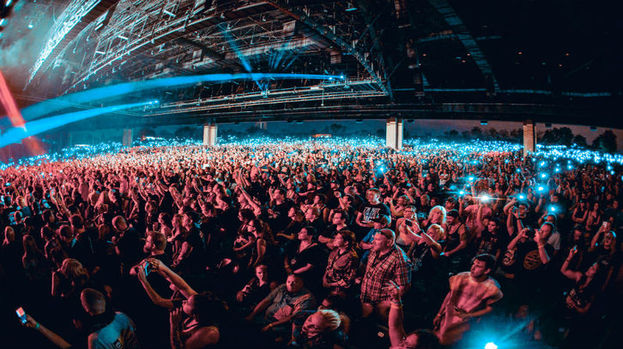 Monster Energy Rock Allegiance returns to the Philadelphia area on Saturday, October 6. Now in its fourth year, the festival presents a massive lineup of talent led by Avenged Sevenfold, Limp Bizkit and Papa Roach, who take over the BB&T Pavilion & Wiggins Waterfront Park in Camden, NJ this fall.

“We’re really excited to be invited to play Rock Allegiance this year!! Our second time there, and we are happy to join A7X and Limp Bizkit – who we haven’t played with in many, many years – and we look forward to bringing it to Camden, NJ this year full on!!” says Papa Roach frontman Jacoby Shaddix.

In addition to music, Monster Energy Rock Allegiance will also feature Philly-centric food offerings, regional and national craft beer, band meet-and-greets, autograph signings, and more for fans from around the country to immerse themselves in rock and roll culture.

VIP and General Admission tickets for Monster Energy Rock Allegiance will be available beginning on Friday, May 11 at 12:00 PM ET. Visit www.RockAllegiance.com for more details. 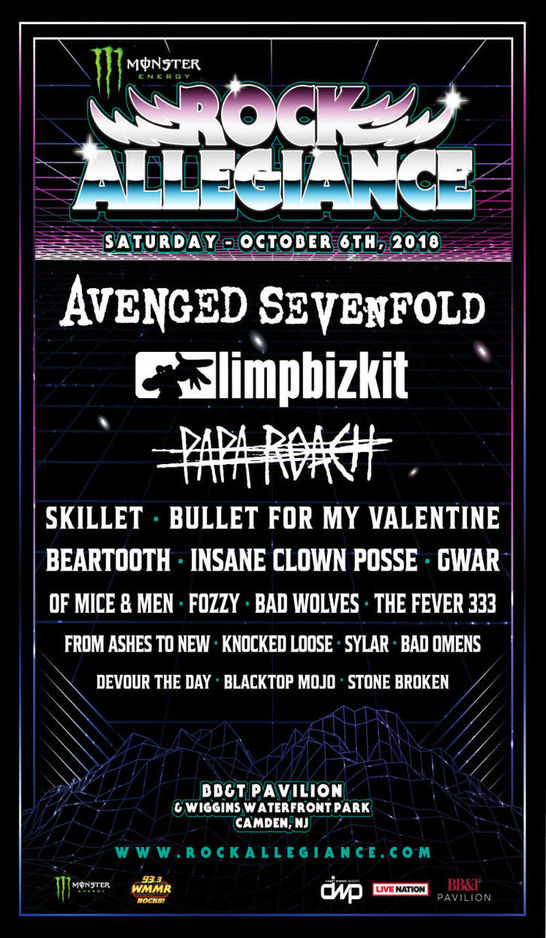 Monster Energy Rock Allegiance will also feature a variety of unique entertainment options to go along with the incredible music lineup, including the Monster Energy Experience (where fans can meet Rock Allegiance artists and sample Monster beverages), the f.y.e. Fan Experience (where fans can purchase music from the performing bands and take part in meet & greets and artist signings), Dyin 2 Live / Fxck Cancer (wish-granting organization), and SWFTCharge (quick, portable and convenient phone-charging service).