TICKETS ON SALE FRIDAY, JUNE 1 AT 10AM

Ice Cube announced today that he will be performing at The Pavilion at Toyota Music Factory on Saturday, August 18, 2018 with special guest Bun B. Tickets for the show go on sale to the public on Friday, June 1, at 10:00 a.m. Buy tickets at LiveNation.com.

“Whether you’re making music or you’re making a movie, you do whatever you have to be great, and make it memorable,” says Ice Cube. “Whether it’s cassettes, wax, or digital downloads, VHS tapes, satellite TV or Netflix, people don’t care what format it’s in as long as the content is quality.”
Actor, writer, producer, director, rapper, father – reigning renaissance king could be a good term to describe the one and only Ice Cube. Coming of age in 1980s Los Angeles, Cube experienced the roiling stew of street knowledge, sports fanaticism, and social injustice in a city at the forefront of hip-hop’s expansion from local sound to global phenomenon.

Twenty-seven years after N.W.A – the group Cube co-founded with Dr. Dre, Eazy-E, MC Ren, and DJ Yella – released their archetypal gangsta rap masterpiece Straight Outta Compton (Ruthless/Priority, 1989), the group’s 2016 induction into the Rock & Roll Hall of Fame, with an introductory speech by their spiritual heir Kendrick Lamar, is a mark of how far Cube has come. 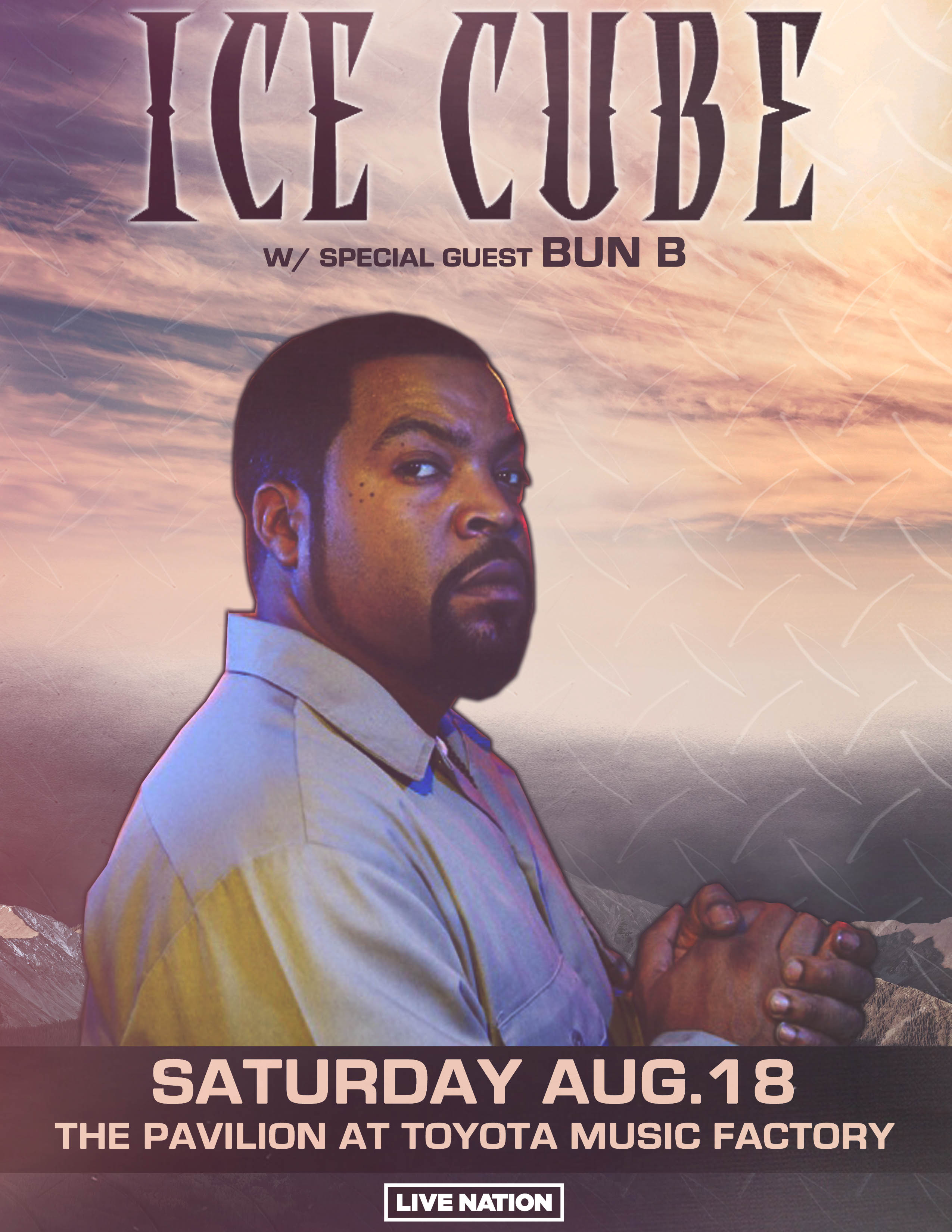 If there’s an irony in this, it’s that the mean mug that originally made Cube so formidable as a rapper is the same face that often makes him so entertaining as an actor. “I perfected my scowl a long time ago,” says Cube. “I perfected it long before I ever thought of being in a movie. Although I admit that it does work great in the movies.”
The distance between, say, a brutal dis track like “No Vaseline” (from 1991’s Death Certificate) and a star turn alongside Jonah Hill and Channing Tatum in 2014’s hit comedy 22 Jump Street might seem like a million miles. But with Cube’s range, it’s not far at all.

Music fans of a certain vintage will ride hard for Cube, perhaps placing premium preference on his unimpeachable first three solo albums, Amerikkka’s Most Wanted (1990), Death Certificate (1991), and The Predator (1992). Their children may know Cube as the loveable patriarch from such popcorn-friendly fare as Are We There Yet? (2005), and as the voice of The Candle Maker in the Golden Globe-nominated animated feature The Book of Life (2014).