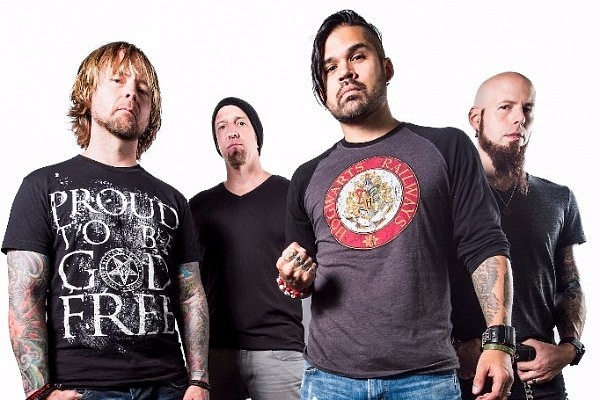 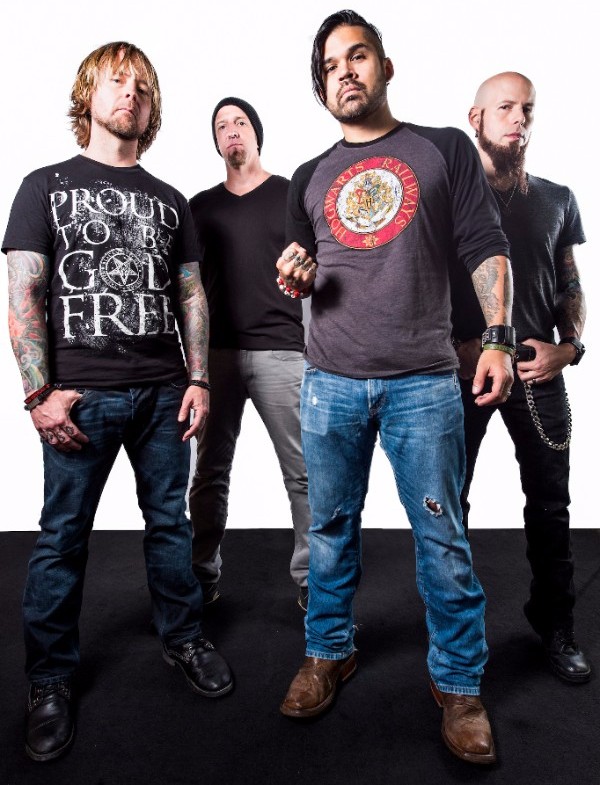 NEW YORK -Platinum selling metal act DROWNING POOL have released an all new single titled “By The Blood,” exclusively via Loudwire.com. “We’re excited as hell to get our brand new single out to everyone!” says guitarist CJ Pierce. “Back to the core sound you know from Drowning Pool! Crank it up! .” The single made its radio debut yesterday on SiriusXM’s Octane. Drowning Pool will release Hellelujah on February 5, 2016 via Entertainment One Music. The new LP will be the first since signing with the label earlier this summer.

“By The Blood” will also be featured during World Series of Fighting 25 taking place TONIGHT. This is an eight man, one night tournament for the top contender spot for the World Lightweight Title taking place at 11PM eastern / 8PM pacific on NBC Sports @ Comerica Theatre in Phoenix, AZ.

The band is also revealing the cover art designed by world renowned artist Brian Mercer (CHRIS CORNELL, LAMB OF GOD, HIGH ON FIRE). Hellelujah will be the follow up to Resilience, released in 2013. This time the band tapped renowned producer Jason Suecof (AUGUST BURNS RED, DEICIDE, DEATH ANGEL). Jason was the perfect man to capture the blend of metallic roots and instantly memorable choruses, riffs, and wickedly upfront lyrical assaults.

Drowning Pool have beaten the darkness and now they celebrate life on life’s terms. The core trio of C.J. Pierce (guitar), Stevie Benton (bass) and Mike Luce (drums) mine hardship, struggle and disappointment to emerge victorious each time, crafting empowering hard rock anthems. Drowning Pool songs conjure emotions that deeply connect with those who persevere against the odds and sacrifice to survive, and their music transcends boundaries of race, class and lifestyle as well, resonating with people from all walks of life who look to music to get them through life’s challenges.

Jason Moreno’s powerful vocals enabled him to quickly master Drowning Pool’s dense catalog when he became the band’s frontman in 2012. From his reverent delivery of the late Dave Williams mosh-pit ready lyrics in the ubiquitous signature hit “Bodies” to his powerful take on Top 5 Active Rock hits like “Step Up” from Desensitized (2004), “37 Stitches” from Full Circle (2007), and “Feel Like I Do” (Drowning Pool, 2010). 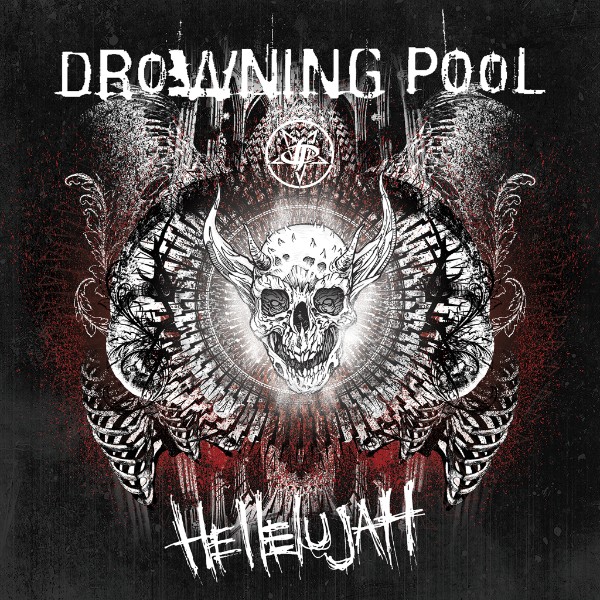 Hellelujah is unfiltered and uncompromising, representing a band free to say, play, and do what they please, thanks to the unending support of their fans. Their shared loyalty, drive, and passion resulted in what Moreno describes as a “bad attitude record,” an album that pulls no punches with inspired confrontation.

Drowning Pool songs conjure emotions that deeply connect with those who persevere against the odds and sacrifice to survive, whether it’s a military soldier serving overseas, or a blue-collar family trying to make ends meet. Their music transcends boundaries of race, class and lifestyle as well, resonating with people from all walks of life who look to music to get them through life’s challenges. The band’s Texas-sized crunch and gregarious, charismatic personalities catapulted them to platinum status and hard rock royalty in the early 2000s alongside contemporaries like Disturbed, Godsmack, and Slipknot. They’ve toured with Ozzy Osbourne. They regularly perform for U.S. Troops, traveling as far as the war zones of the Middle East to the outposts of Southeast Asia. They personally encouraged then-Senator Barack Obama to push through the Lane Evans Health Act, which improved healthcare for veterans.

Big sonic slabs of muscular power with a taste of the dark melodies of post-grunge remain Drowning Pool’s stock and trade. Their music is an unapologetic celebration of life’s joy and pain, able to swiftly maneuver between defiant declarations of resistance. Each distinctive era of the band’s history is represented onstage, where the band bashes through an arsenal of anthems all delivered with precision strength. The Hellelujah songs (with more contributions from all four members than ever) pulse with the power of all that’s come before and a reinvigorated hunger for the future. Drowning Pool celebrate the past while firmly focused on the present, coalescing into a brightly lit artistic future.
Drowning Pool is: C.J. Pierce – Stevie Benton – Mike Luce – Jasen Moreno