An Arena Sized Setting is Becoming of Nothing More 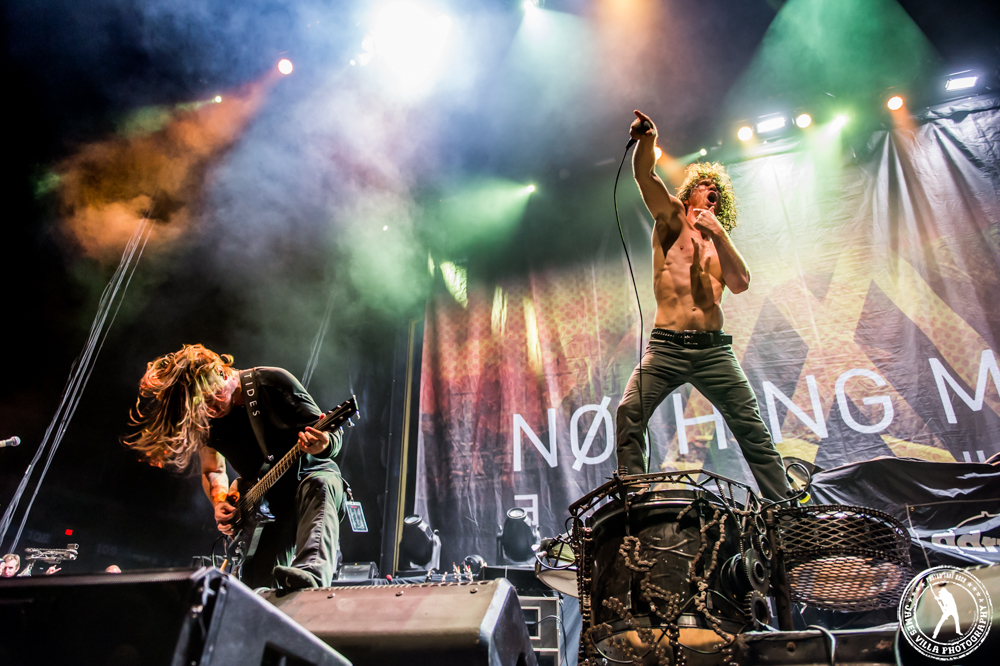 Fiver Finger Death and Volbeat were unquestionably the bands people were most pumped about, though there were also some Nothing More shirts being sported. That was who I was most excited for.

The chance to see the band — a band I’ve been a fan of for many years now — in an arena seemed amazing to me; and there were already a couple hundred or so pairs of eyes on them when they hit the stage at 6:04.

“What’s up, Oklahoma City?!” roared bassist Daniel Oliver as they took the stage; launching right in to “Christ Copyright”. The explosive track saw them finding their footing immediately, as their continued time on the road (with little rest in between tours) seems to have whipped them into perfect tour shape. “WE ARE NOT MACHINES!” Oliver, frontman Jonny Hawkins and guitarist Mark Vollelunga all shouted towards the end, before complete silence soon filled the venue. The spectators cheered them on before being treated to the remainder of the track; and afterwards, Hawkins informed everyone of who they were.

Another instrumental segue was starting up; and Vollelunga raised the body of his axe up, playing some notes with his teeth as they dove into “Mr. MTV”. Hawkins continued showing off some more guttural tones as he sang their latest single, which is all about rising up against the corporate world. Drummer Paul O’Brien and Oliver pumped their fists in the air, prompting much of the audience to do the same as it neared the end; and the notes from the guitar sounded more lush at the end then I have ever heard them.

They wound that right into their epic bass solo, which had return customers cheering, while all the newbies looked on in awe as Oliver secured the bass into a holder that fits into the drum kit Hawkins uses, sending it spinning in the air for a time. Then the three members on the forefront of the stage proceeded to play it. 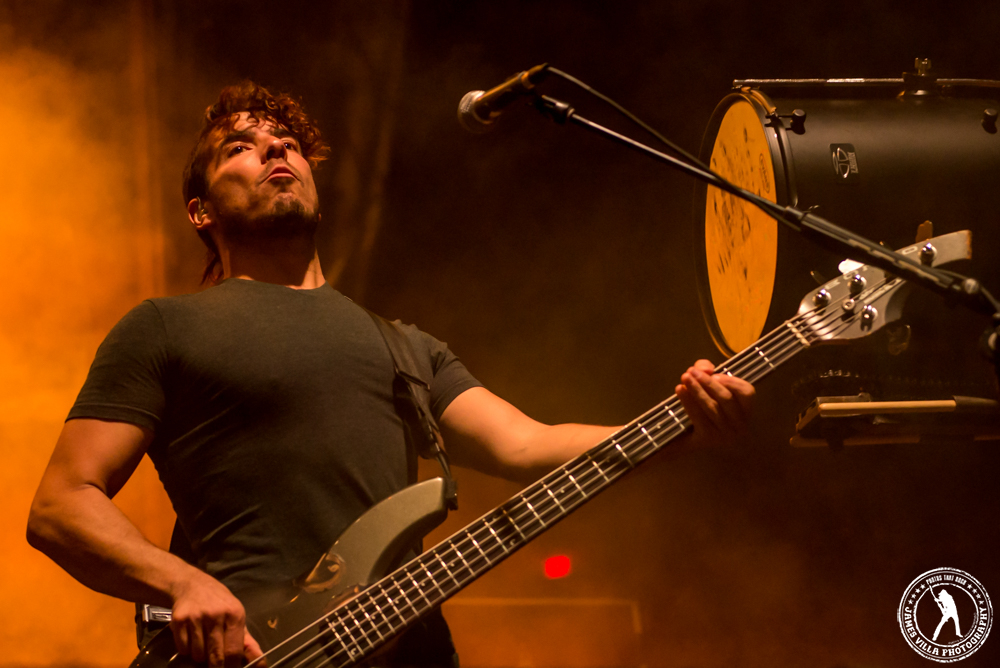 “How we feeling Oklahoma?!” Hawkins asked, mentioning how nice it was to meet a lot of these people, and then thanked any previous fans for helping the next song reach the number one spot on the Billboard rock charts. “LET GO!” he yelled, a soupy reverb effect being added to that part as they began “This is the Time (Ballast)”, a song that got a couple of fans down in in the pit crowd surfing. Their short set ended with a classic of theirs, “Salem”, which has an outstanding drum solo at one point, with Oliver and Vollelunga racing around Hawkins, each one holding and tossing around a floor tom, while the vocalist attacks his kit as well as those toms.

It felt like they were just really getting started, and then it was over, though I think that may have worked to their advantage, because I believe it left plenty of people wanting more from this Texas outfit.

I’ve managed to see Nothing More at a few different festivals around the country this year (along with the Dallas date of their headline tour), and out of those shorter sets I’ve seen from them, this was easily the most solid. If they were road worn, they didn’t appear or sound it this night, hitting the stage with the force of a freight train, winning over a lot of new fans in the process.

For someone like me, it was also pretty cool to see them playing an arena, even if they were the opening band. It makes me wonder, how many years will it take before their headlining a place like this? Six? Eight? Believe me, the day’s coming, it’s just a matter of time.