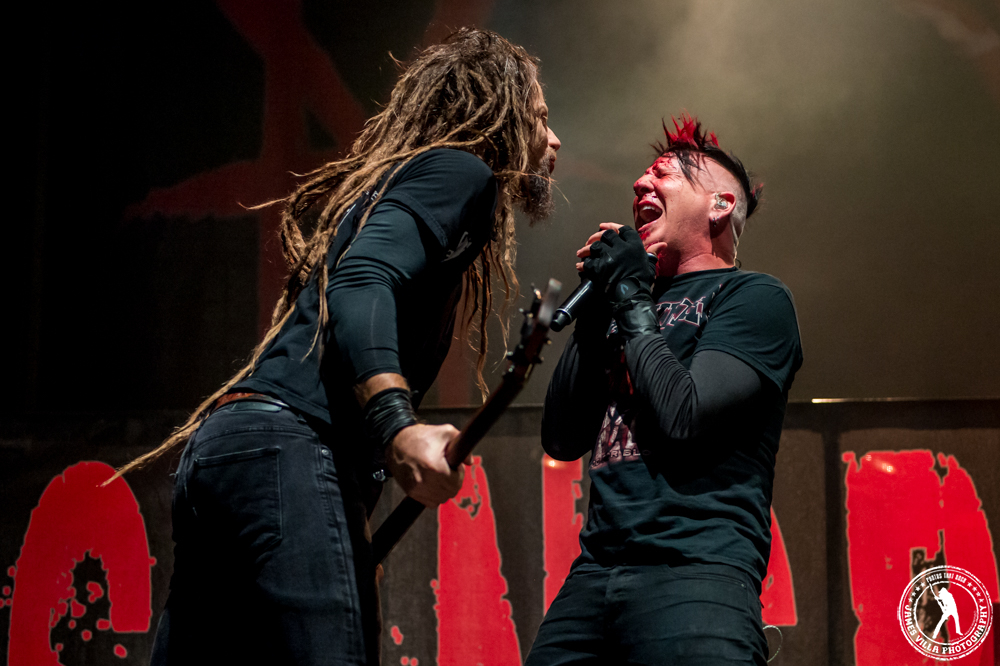 The second band on the bill for this tour with Five Finger Death Punch and Volbeat was Hellyeah; and Vinnie Paul was the first member to take the stage, seating himself behind his kit while he spun his drumsticks around. I know this is common knowledge at this point, but the man is a truly outstanding drummer. The stage was outfitted with two scrims (one on either side of the stage), each bearing the word, “Sangre”, while the word “por” was on a small banner along the drum kit (that’s the title of their latest record). The rest of the band then made their way out there, with vocalist Chad Gray rushing out from backstage. “Let’s tear the walls of this mother fucker!!!” he shouted as they fired up their first song, the one that shares its title with the band’s name. Their overall goal was to setup a party atmosphere, and they did very early on, as Gray got the fans involved with them in the show, instructing them to raise their hands up, and later their middle fingers during that opener; while “Sangre por Sangre” had the frontman busting out a megaphone at times. Lead guitarist Tom Maxwell really shone on that latter one, too, flat-out shredding during his solo. 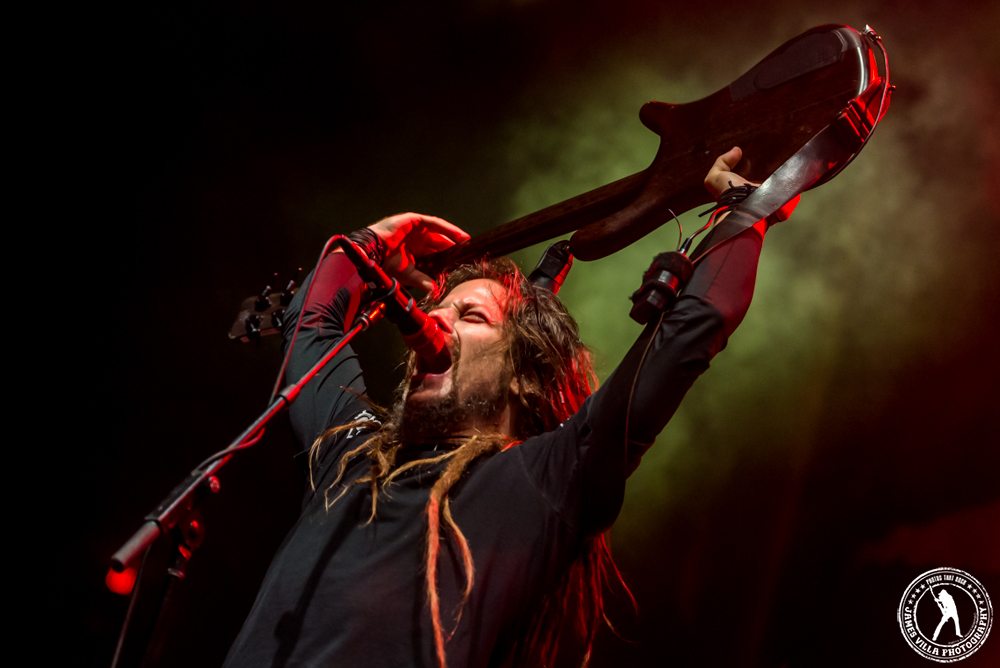 “…Welcome to our family…” Gray said at one point early on this night — a sentiment he truly meant — before ordering everyone to stand, because, “no one sits down at a metal show.” That allowed everyone in the area to really get into it, which was a necessity during “Demons in the Dirt”; a song that sounded phenomenal this night. I can’t pinpoint any one exact thing about it, but versus the previous three times I’ve seen them this year, that just really stood out this night. I guess it was just more primal; and there was a sweet moment where rhythm guitarist Christian Brady and bassist Kyle Sanders stood next to one another, banging their heads to the pulse pounding beat. Gray continued working over the crowd, noting one of their tracks had been written for “the mosh pit”. Also, during a break, he really formed a bond with everyone; beginning by pointing out this was the one place in the world where no one would tell you to shut up, and to embrace this whole environment, because in the end, no matter a person’s age, you’re “always a heavy metal kid at heart.” 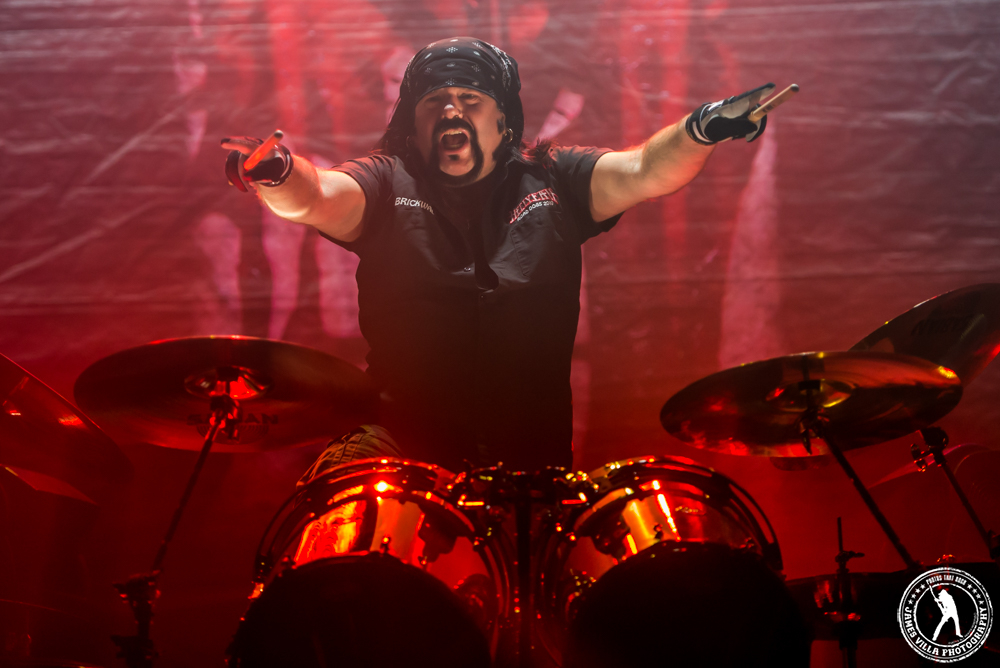 While it may be a slower song by Hellyeah standards, “Moth” is quickly becoming a highlight; and this night it made for an awesome moment with lighters and cell phones waving back and forth in the air. They then kicked things back up, eventually ending with “You Wouldn’t Know”, which was a little bit of a sing along amongst fans (all of whom were still on their feet). The crowd really went ballistic when Gray jumped down into the photo pit on that one, and then stood on the rail, singing a couple of lines as he reached for the crowd. “Welcome to the family!” he concluded once they were all on the forefront of the stage; and Paul had taken time to throw several drumsticks out to audience members. Hellyeah really got the party going this night. They were so cohesive, with each member taking charge (and the spotlight, so to speak) at different moments throughout their set, which not only seemed fair to all of them, but also resulted in a captivating dynamic. They were unrelenting, too, packing a lot into what was just a little more than a 30-minute set, a set that was all about cutting loose and having fun with other members of the metal community.