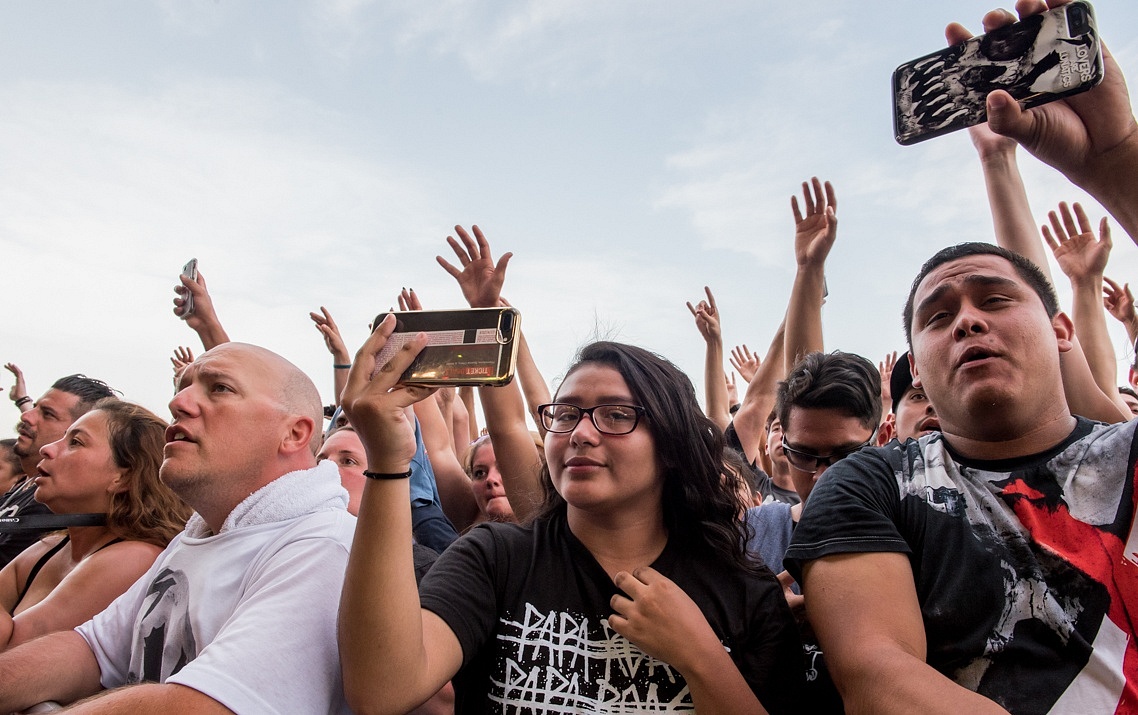 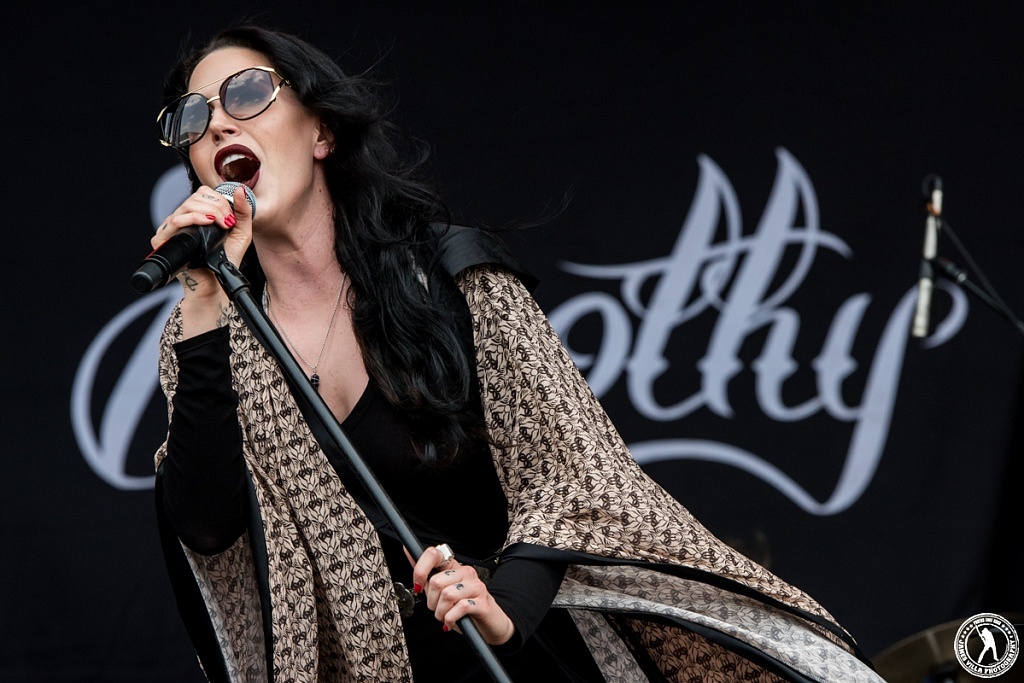 It can be said that the dedication of the Texas concert attendee is unmatched in vigor. Almost 30,000 people endured and survived the brutal 100+ degree heat, never wavering as they devoted themselves to their aesthetic, decked out in all black with mohawks defying gravity and heat. River City Rockfest was worth every penny and every bit of hype. The lineup included many power hitters who’ve dominated charts for years, sprinkled in with a clever picking of up-and-comers who knew how to handle themselves on stage to prove their worth gracing the stage. Add in the fantastic and curious circus side show that HellzaPoppin is and you have a lot of what you need to make everyone in the office on Monday jealous. 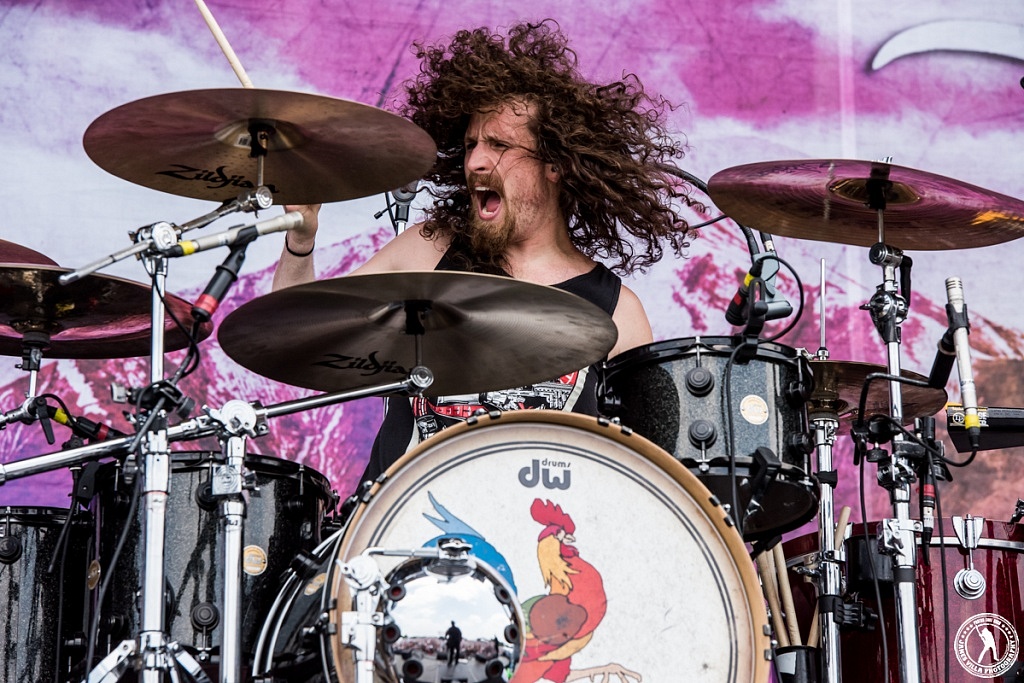 There were a lot of touches that made the big music festival feel personal. Bands seemed humbled on stage at their fans, some even going as far as singing parts of their hits in Spanish, such as Papa Roach did, to connect to the large portion of Hispanic listeners and to cement the beauty of this festival taking place in the heart of Texas. Sliding in San Antonio native band Nothing More seemed to rile the crowd in a way no other band could, powering enough energy to get everyone through to the second half of the festivities. 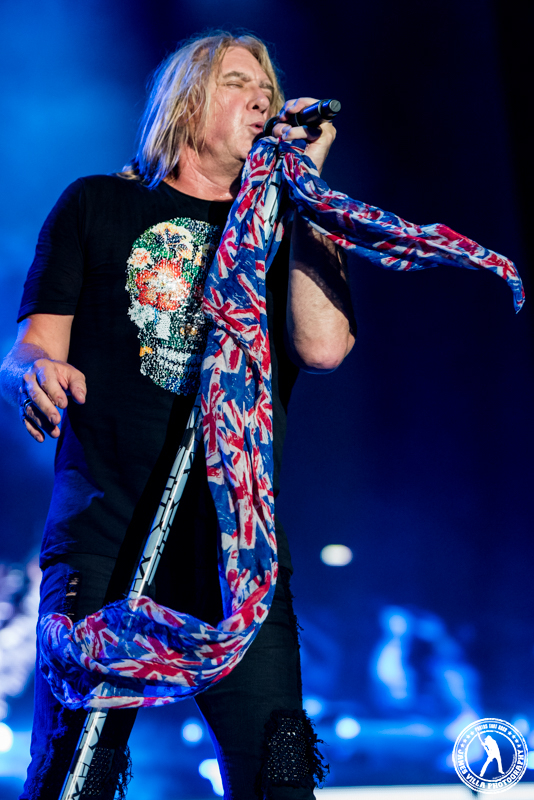 That’s one thing that can definitely be said about River City Rockfest. Their pacing was key in keeping everyone alive, each band expertly weaved in their time slots to build up excitement to the grand finale. Whether it be the almost witchy power of Dorothy’s vocals, the way no one could resist singing along to favorite and familiar lyrics of Three Days Grace, or to the loveable caterwauling of Buckcherry, you could feel the enthusiasm in the air. With each stage adequately separated, every concert felt like a whole new private experience Bands like Godsmack, The Offspring, and lastly, Def Leppard all proved to crowds of thousands why they’ve become such heavy hitters in their genres. Def Leppard’s performance almost felt explosive, light show and music washing over the largest sprawling crowd of the 12-hour span of the festival. Overall, this is a festival that’s building a strong base quickly and is not something to be missed in the near future if you want the true experience of being a rocker in Texas.