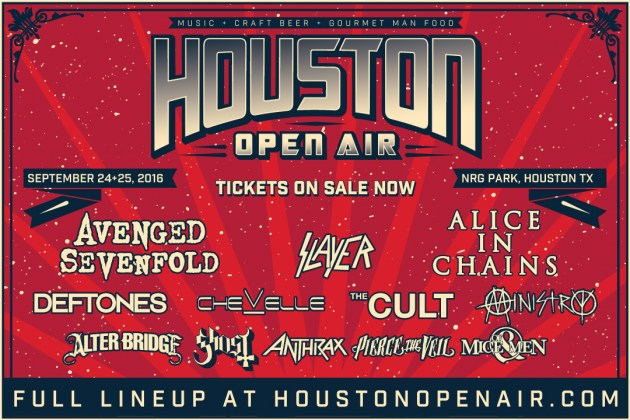 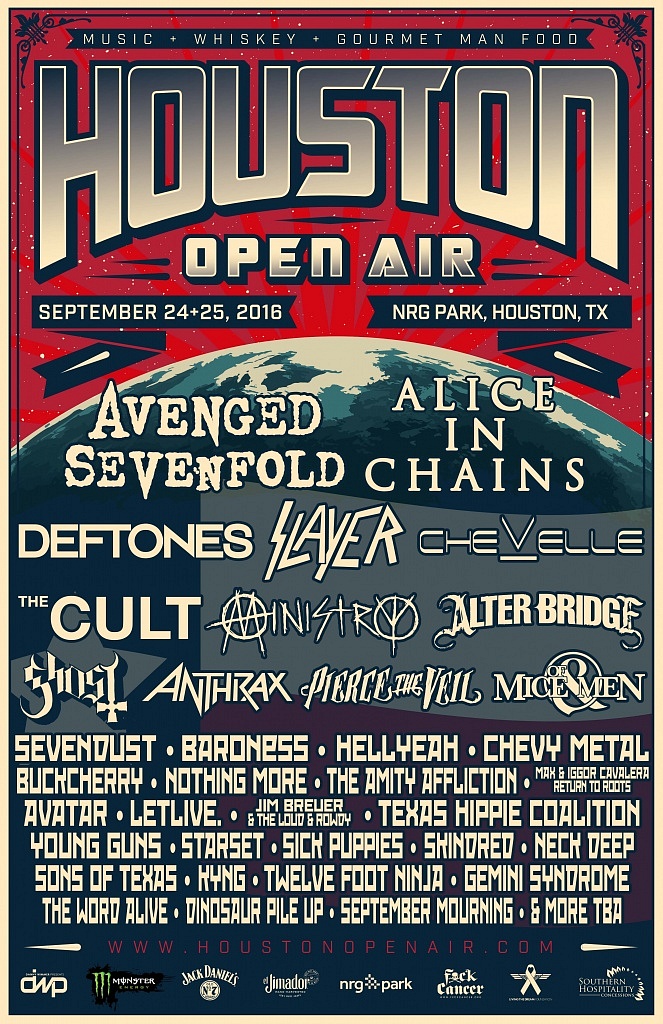 The initial Gourmet Man Food menu, whiskey selections and daily band lineups have been announced for the first-ever Houston Open Air, to be held Saturday, September 24 and Sunday, September 25, 2016 at NRG Park in Houston. Texas’s biggest rock experience will feature performances from over 35 bands, including Avenged Sevenfold, Alice In Chains, Deftones, Chevelle, Slayer and many more.

In addition to three stages of top rock bands, Houston Open Air features the celebrated Jack Daniel’s Old No. 7 Whiskey Row, and a Texas-sized Gourmet Man Food experience, which will highlight Houston’s emergence as a great American food city, and feature the Tacolandia Mexican food village with some of Houston’s top Tex-Mex spots.

Weekend, single-day and VIP tickets for Houston Open Air are on sale now at www.HoustonOpenAir.com.

Tacolandia presented by the Houston Press and Tabasco

The daily band lineup for Houston Open Air is as follows (subject to change):

Hotel discounts for Houston Open Air are available through Curadora at:

As previously announced, in light of the recent flooding in the Houston area, a portion of the proceeds from all Houston Open Air tickets sold will benefit the Greater Houston Storm Relief Fund. The Greater Houston Storm Relief Fund was established by Houston Mayor Sylvester Turner to accept flood relief donations that will stay in the Houston community and aid the victims of the recent storms. To donate or learn more, visit www.houstonrecovers.org.

NRG Park, home of the NFL’s Houston Texans and the Houston Livestock Show and Rodeo, is located at One NRG Park in Houston, TX.