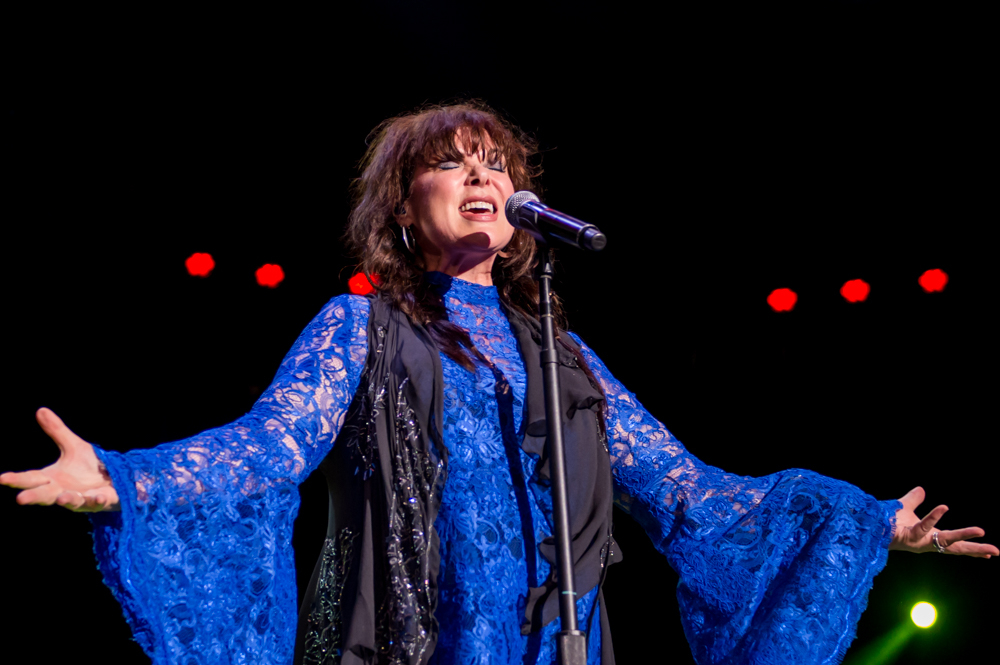 Heart Bring Back the Magic to Gexa Energy Pavilion in Dallas 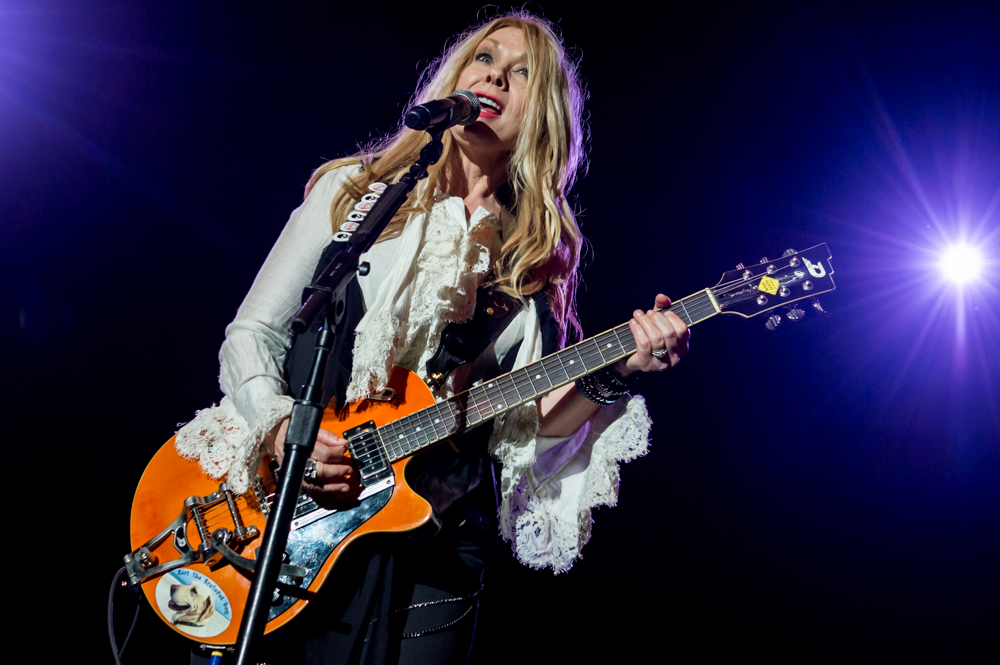 The summer concert season at Dallas’ Gexa Energy Pavilion is very nearly over. It’s already been a good one with plenty more great acts to come over the next month, but on this Thursday night it was hosting perhaps its best show of 2016.

The Rock Hall Three for All Tour was making its North Texas stop and a diverse group of patrons had come out to support the stellar lineup that included Heart, Joan Jett & The Blackhearts, and Cheap Trick. Some had brought their younger kids along to witness the revered groups; others had been supporting all three of those bands since they first broke out; while those in their later twenties looked as if they were as excited about this as the older demographic. All just a reminder that nothing brings people together like music can.

As great as they all were, Heart was clearly the band everyone was most excited for; the rain that had begun to pour having little impact on the fans who stuck out the less than ideal weather that persisted until their show time.

That was 9:20, sisters Ann and Nancy Wilson and their band mates, Ben Smith, Craig Bartock, Dan Rothchild, and Chris Joyner walking on stage to fervent fanfare. Concealed by the shadows they assumed their places and got right into a sensational set that was nearly half originals and half covers. 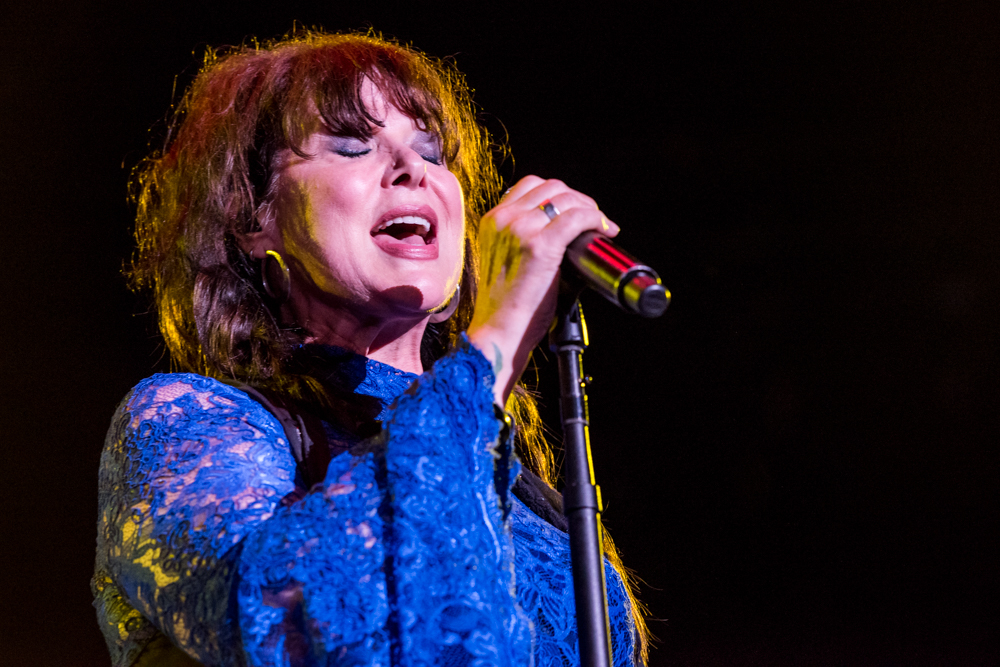 Covers like Romeo’s Daughter’s “Wild Child”, which really is just as much a Heart song at this point (twenty-six years after the Brigade album was released), and the audience treated it as such. Musically it was as moody and gritty as ever, Ann Wilson instantly commanding people’s attention as she walked out onto the catwalk that jutted out from center stage, nailing every note with ease.

They knocked out a couple others before she formally greeted everybody, thanking them for coming out and also shouting out their tour mates for performing earlier in the night. She then mentioned how the music landscape was different back when they began Heart, namely the fact that she and Nancy were some of the only women making rock music at the time. That resulted in them receiving some fan mail from someone stating what good examples they were, making her and other girls realize they could cut it as musicians too, “And that gave us confidence,” Ann finished. It was also the inspiration for “Bebe Le Strange”.

Upon finishing it she introduced her sister, Nancy taking the reins on the intoxicating “These Dreams” as well as “Two”. Found on the newly released Beautiful Broken (Heart’s sixteenth studio album), that latter song was co-written by Ne-Yo, and while his version surely sounds much different, that’s what makes a cover: a band doing their unique interpretation of a song. That was precisely what Heart did, making it all their own and the massive crowd was entranced by it. 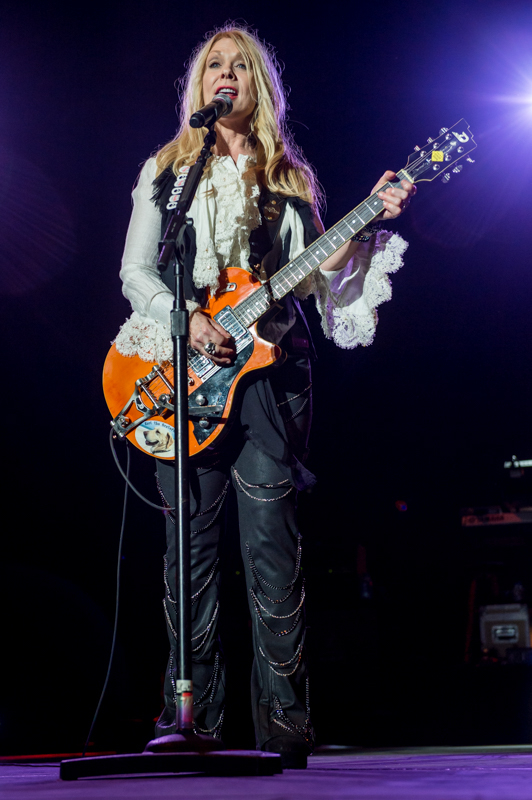 The title track off that new album was another song they did from it, the rhythm heavy number being pure Heart, sticking to what has worked best for them for so long and fitting well alongside their classics.

Speaking of classics, it was “Barricuda” that capped things off. The crowd had been very lively thus far, often screaming and cheering various moments of the night though they all paled in comparison to the reaction hearing the opening chords of that hit drew.

Technically, that was it for Heart this night, the encore consisting of a couple Led Zeppelin numbers, including “Stairway to Heaven”, which they owned.

If Heart made one thing clear this night than it was the fact that they are still a powerhouse act and one that’s capable of packing out arenas more than four decades into their career. Ann Wilson’s voice sounded as majestic as ever, nailing every note with passion and enthusiasm as she captivated the spectators with her friendly persona. When she did sing Nancy Wilson sounded just as phenomenal, her range bringing something different to the table, while her guitar work was sharp and masterful, quite possibly only having gotten better with age.

Heart helped revolutionize the rock industry and made people realize it wasn’t exclusively a man’s world, and at this point, after such an illustrious career, they’re icons. They’ve more than earned that status, and not only did they perform like it this night, but it also felt as if they have plenty left in the tank for at least a few more years to come.