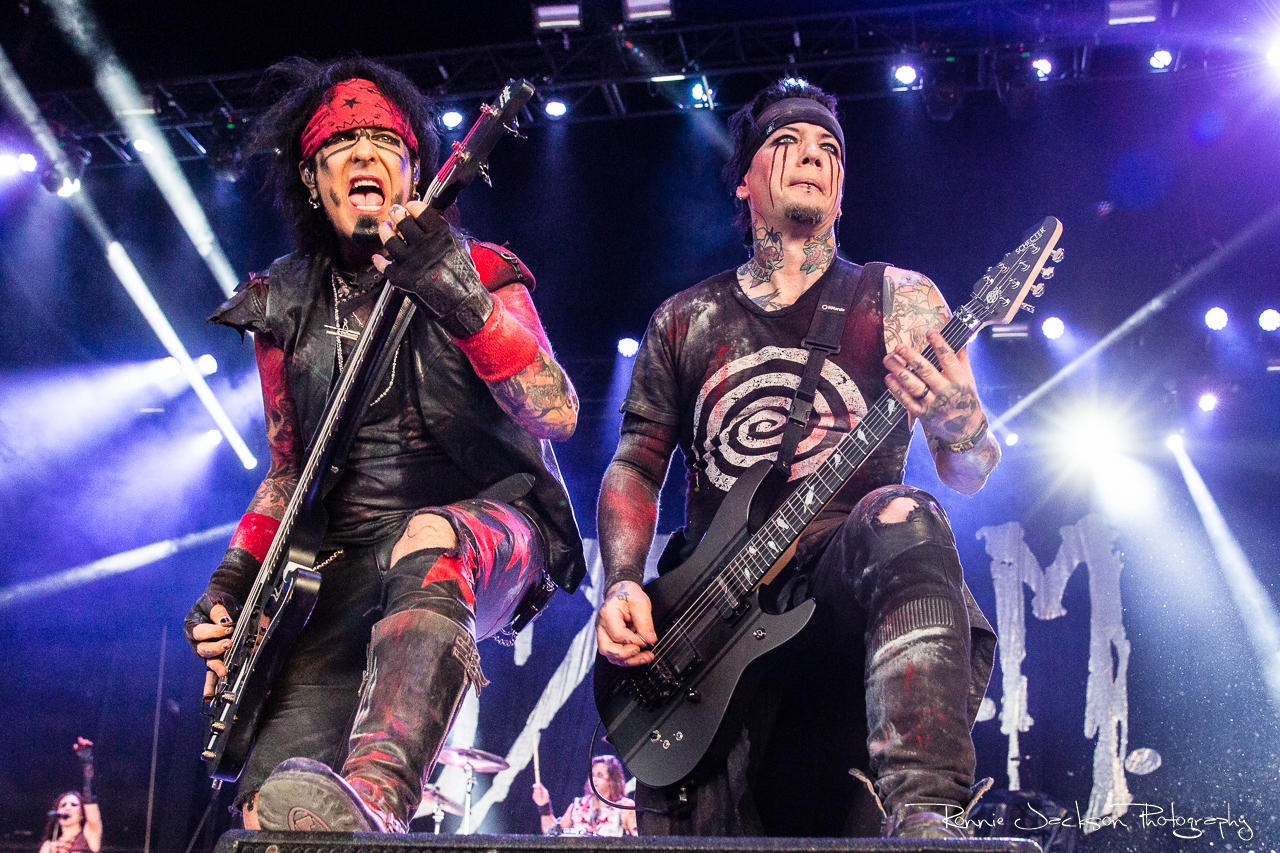 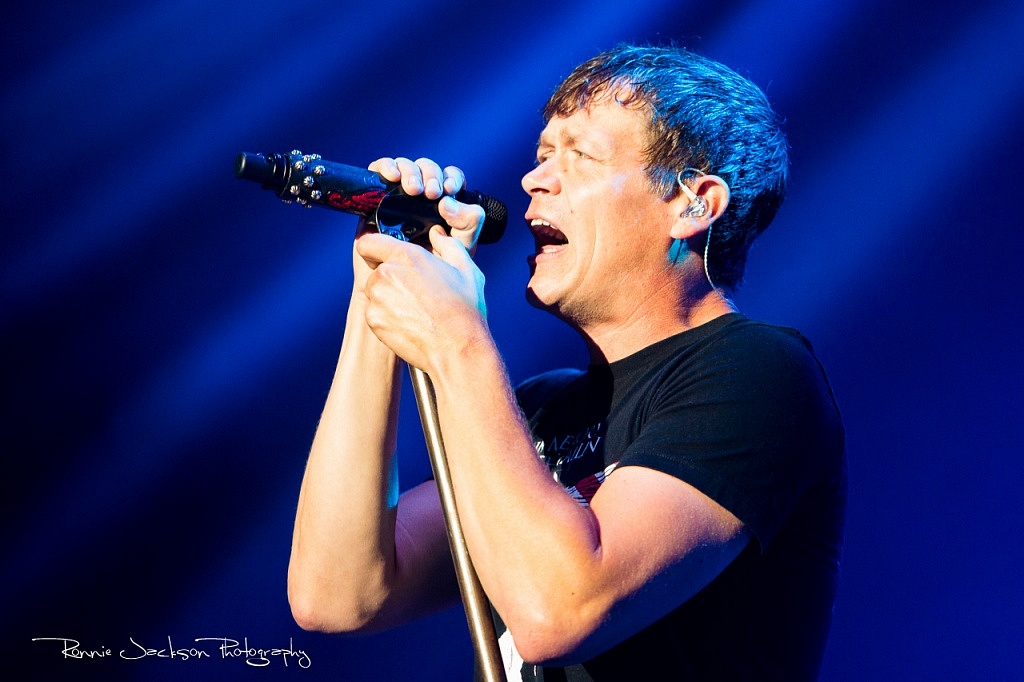 Sometimes I wonder why we go to shows at Gexa Energy Pavilion at all anymore. This Sunday, the sweltering amphitheater played host to local radio station 97.1 The Eagle’s annual BFD music festival, featuring Shinedown, Sixx:AM, 3 Doors Down, Collective Soul, Drowning Pool, Lacey Sturm, and others.

It was a typical late spring Texas day for an outdoor music festival. It was hot and humid, raining on and off, turning the lawn section into a deceptively dry-looking but water-soaked patch of sod. Patrons sitting on that muddy mess couldn’t bring in coolers or lawn chairs; more on how that worked out in a bit.

But in the end, we’re Texans, and this show promised to rock your face off, so off we went, filling the outdoor venue to 80% capacity.

Alas, it would seem as though the rain had dampened a few too many things, including the spirits of the bands and fans alike as the day-long festival got off to a slow start. Adelita’s Way did get the crowd’s fire lit as a swell of cheers and calls for an encore filled the venue. Then Lacey Sturm took the stage, and the on-stage heat turned up and fans responded. Lighting into solo material first, “Impossible” worked the crowd up as she fired up selections from her days with Flyleaf, “All Around Me” and “Fully Alive”.

Drowning Pool had the crowd fully revved and ready as they started their set with a salute to the troops complete with a Marine Corps color guard and a blistering rendition of the Star-Spangled Banner by 13-year-old Aidan Fisher (ostensibly a relative of CJ Pierce), who stayed onstage and rocked the rest of the set. And it got better as their mosh-inducing hit “Bodies” turned the damp lawn area into a pile of twisting bodies, and “By The Blood” amped it up further as fans launched themselves at one another, dance-smashing those around them as clothing was torn, lips were bloodied and bodies were bruised. Those early rain showers were long-forgotten by then, I assure you.

Collective Soul’s set followed, and though they had fans singing along with their established radio-rotation material, there wasn’t much in the way of presence coming from the stage. “Shine” and “December” each got some audience participation, but perhaps the heat and humidity got the best of frontman Ed Roland who just couldn’t seem to get rolling.

And then there was Sixx:AM. Buried in the middle of the bill, and following a lackluster performance by Collective Soul, Nicky Sixx’s little L.A. combo turned it up to 11 and melted the faces off the crowd as they waded in full force with “This Is Gonna Hurt” and “Rise”. “When We Were Gods” showcased DJ Ashba’s guitar prowess, shredding in the finest style alongside the inimitable Sixx himself, pounding away on his bass. “Prayers for the Damned”, “Lies of the Beautiful People” and Stars” had fans on their feet and fist-pumping, giving way to the soaring vocals of James Michael’s on “Life is Beautiful”. Though we didn’t know it yet, we’d just seen the performance of the evening.

3 Doors Down departed from recent concerts with a stripped down setlist consisting mostly of their back catalog. This had fans into their show early, with a decidedly less hard perspective on “Let Me Go”, “Loser”, “The Broken” and others. Though some fans had already left the venue, spent after the Sixx:AM set, those that remained enjoyed the 3DD show, and showed their appreciation on their feet and singing along. One odd note was the fan favorite and radio mainstay “Kryptonite” that had some fans scratching their heads, seemingly a channel of a Bob Marley-inspired version of their hit.

Headliner Shinedown began with a touching Prince tribute, an empty stage bathed in purple giving way to Prince’s “Purple Rain”. Launching into their “Threat to Survival” Tour set, they had big shoes to fill and Brent Smith and crew set out to do just that. As the crowd continued to thin, the dark harmonies of “Fly From the Inside” started the show, rolling into “Diamond Eyes (Boom-Lay Boom-Lay Boom)” and the rock ballad “If You Only Knew”. Heavier offerings “Enemies” and “Cut The Cord” rounded out the set. Perhaps the shining star of Shinedown’s performance was the Lynyrd Skynyrd cover of “Simple Man”, though some would say the “Sound of Madness” stole that honor. Either way, both were worthy offerings that closed out another long, hot, Texas rock day.

All-in-all, the weather could have been better. The conditions less…sticky. The bands a little more charged up. But this is what we love, and the fans did their part. From the pent-up energy released in the mosh pit, to the fist-pumping throat-punching scream-alongs to Sixx:AM, there was something for just about everybody. Except free rain ponchos. And coolers. Or lawn chairs.