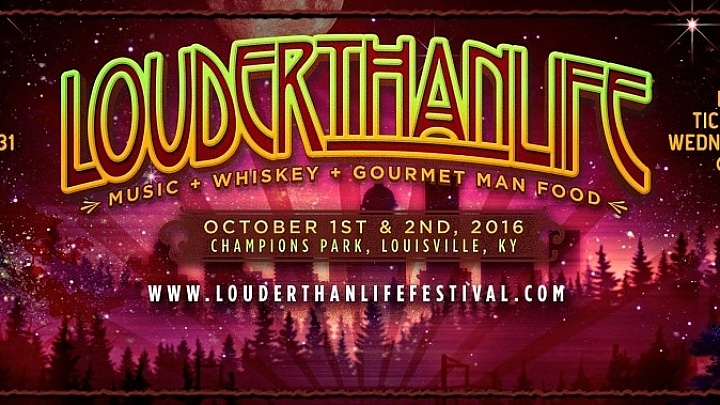 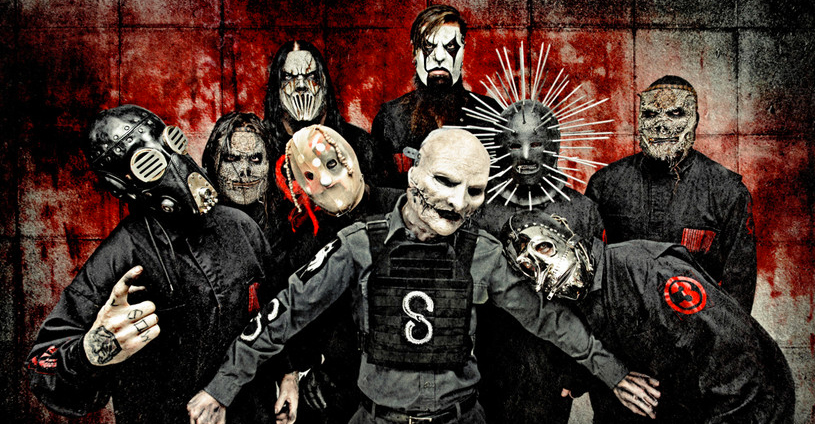 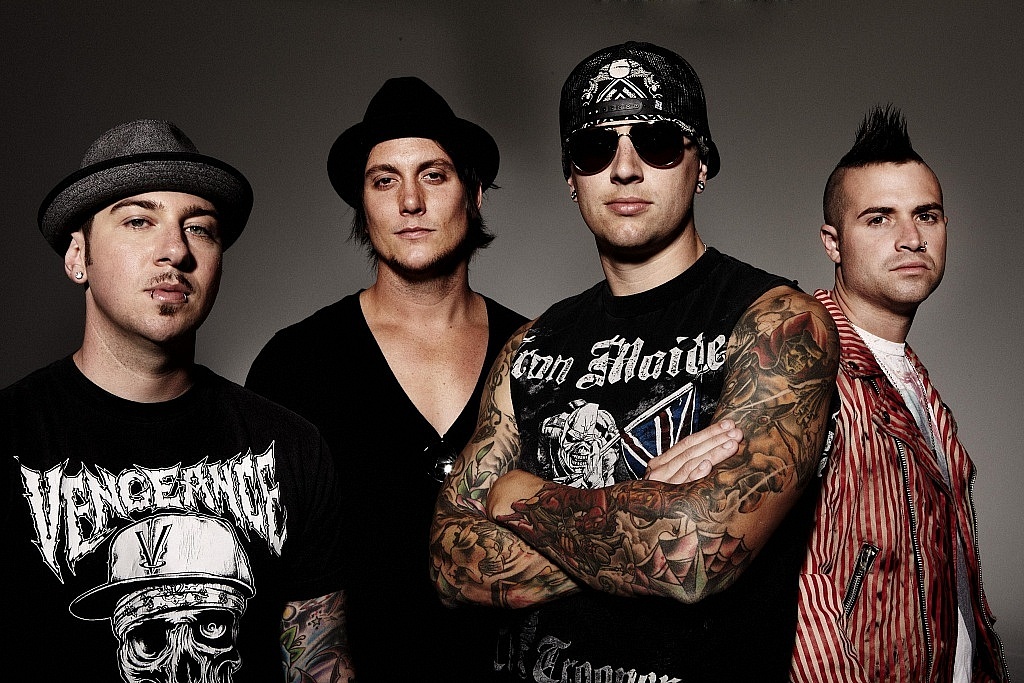 ALONG WITH DISTURBED, KORN, SLAYER, THE CULT, GHOST AND MANY MORE 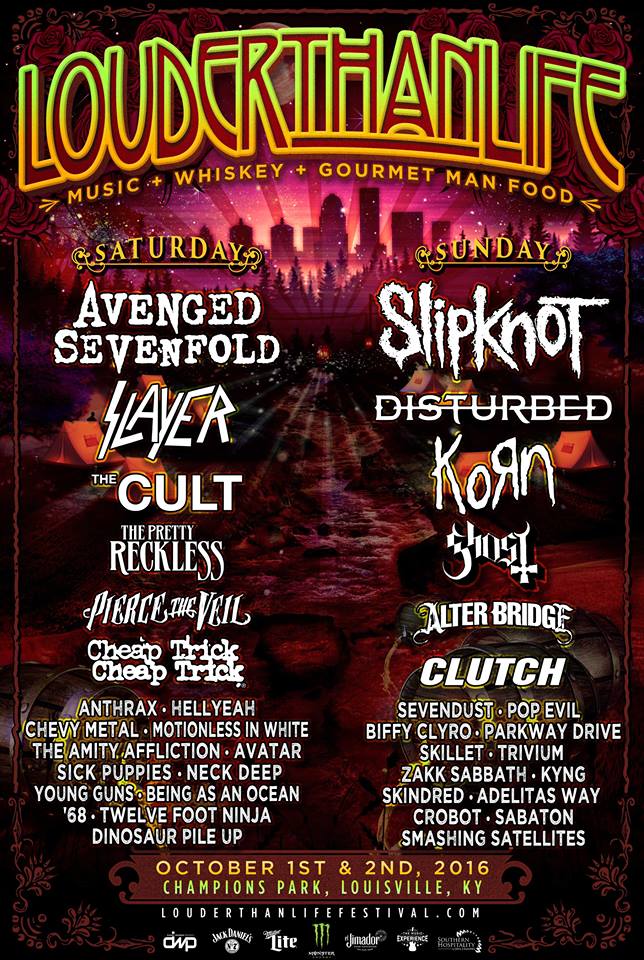 Following a 2015 sellout with 50,000 in attendance, LOUDER THAN LIFE returns to Champions Park near downtown Louisville October 1 & 2, 2016 for the third annual destination festival celebrating the region’s culture and cuisine, and featuring award-winning bourbons and spirits, Gourmet Man Food, craft beer and some of the biggest names in rock music. Slipknot and Avenged Sevenfold top a mindblowing music lineup of over 35 bands on three stages, with performances from Disturbed, Korn, Slayer, The Cult, Ghost, Rock and Roll Hall of Famers Cheap Trick and many more.

LOUDER THAN LIFE founder and producer Danny Wimmer of Danny Wimmer Presents declares, “Louisville: The home of bourbon. Great people. Great food. How can those ingredients not make a perfect place to have a festival? This is a place you have to visit if you’re a lover of bourbon, a lover of food…a lover of life. I asked my team how we could top last year’s LOUDER THAN LIFE sellout. The easy answer? Slipknot and Avenged Sevenfold.”

LOUDER THAN LIFE tickets go on sale Wednesday, June 1 at Noon ET at www.LouderThanLifeFestival.com with limited quantities available at early bird discounted prices. Ticket prices will increase in the coming weeks, so fans are encouraged to buy early to save. See below for details.

The daily music lineup for LOUDER THAN LIFE is as follows:

Based on over 50,000 attendees in 2015, it’s estimated that LOUDER THAN LIFE generated $13 million in economic impact to the city of Louisville, including more than $3 million in hotel revenue and more than 18,000 incremental room nights. Of those attendees, over two-thirds were from outside the Louisville area, and the majority said they came to the city specifically for the event. In addition, over 350 media were on hand to cover the second annual event, coming from around the U.S. and as far as away as the U.K., The Netherlands and Turkey.

“We decided to start a festival in Louisville because it is such a special city,” says Danny Hayes, CEO of Danny Wimmer Presents. “It has a great Mayor, hospitable local government, welcoming CVB and outstanding city services that in turn make our job really easy. We have a long term plan to grow LOUDER THAN LIFE that includes a significant increase to the economic impact we have created in just the first two years of the festival.”

“Louisville is a festival city – and LOUDER THAN LIFE, in just two years, has proven to be a huge success, both in terms of attendance and economic impact to the city. We look forward to many more years of hosting this impressive festival by the impressive Danny Wimmer Presents company,” says Louisville Mayor Greg Fischer.

“We know from tourism research that attending a festival is one of the primary drivers for weekend visitation to Louisville,” says Karen Williams, President & CEO, Louisville Convention & Visitors Bureau. “Hosting LOUDER THAN LIFE drives lucrative leisure business to Louisville’s hotels, restaurants and attractions.”

Single day and weekend tickets for LOUDER THAN LIFE will be available starting on Wednesday, June 1 at Noon EDT. Tickets and VIP packages will initially be priced as follows (increasing in the coming weeks):

Hotel discounts are available through Curadora at: https://curadora.com/events/louder-than-life-2016-dea7cc2c/. Camping and VIP packages can be purchased at www.LouderThanLifeFestival.com.