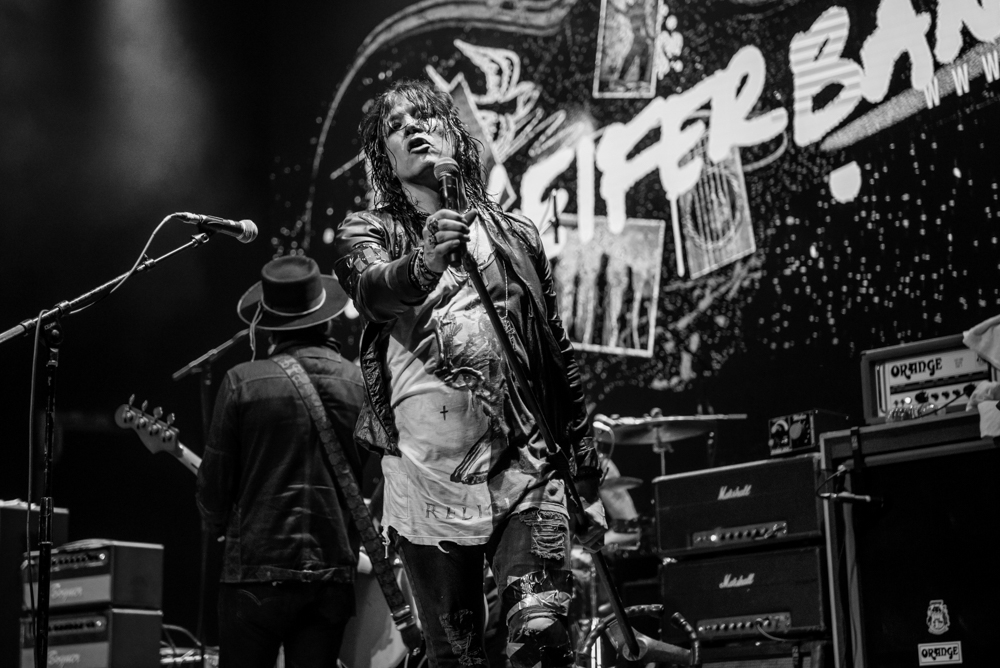 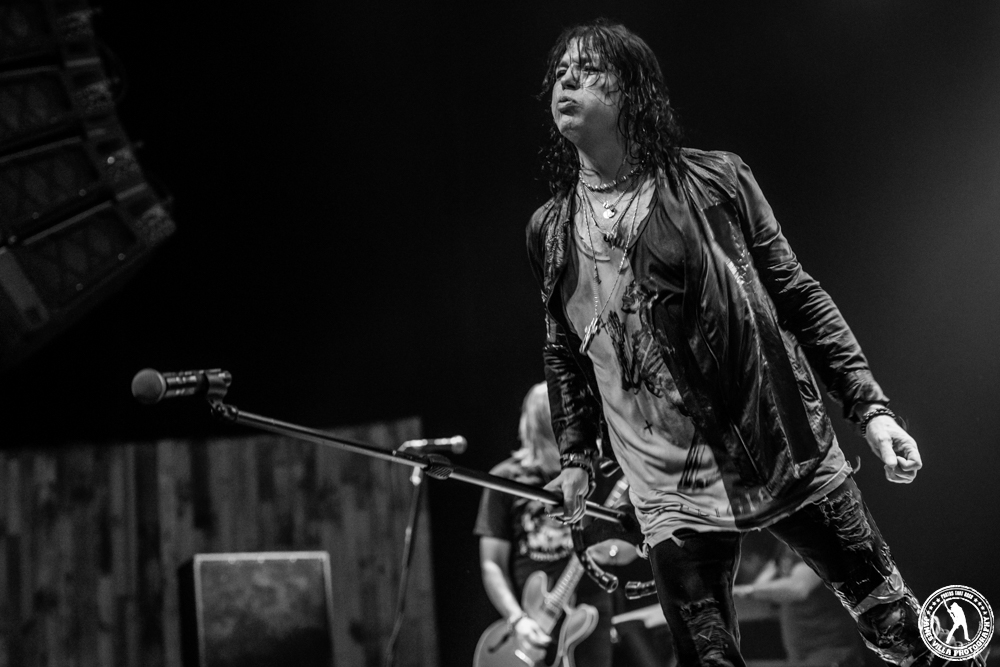 Since releasing his debut solo album, The Way Life Goes, in 2013, Tom Keifer has been sure to make annual stops in Dallas. His last area show came just this past fall, and after performing at the outdoor Gas Monkey Bar & Grill, he and his bands’ show on this Thursday night was moved to Gas Monkey Live, which can accommodate a couple thousand.

There weren’t quite that many people out this night, though there was a very strong showing of support for the Cinderella frontman, the crowd shouting once the intro music began, hoping to get Keifer and company out quicker.

It was about a quarter after ten when the show that would total 90-minutes officially began; and with plenty of Cinderella songs in the set list for the night (they made up more than half of what they played), they opened with one, “Once Around the Ride” being a great one to whet fans’ appetites.

It was more of an even spread of Cinderella material and his solo stuff at first, with “Heartbreak Station” being used to transition into a low-key vibe that was more fitting of “The Flower Song” and to an extent even “A Different Light”. Low-key doesn’t mean lacking energy, though, and it was during that latter one that Keifer picked up his mic stand and strolled around the stage, first settling on stage right, singing more to the people there, before going to the opposite end as he put high doses of passion into the song. 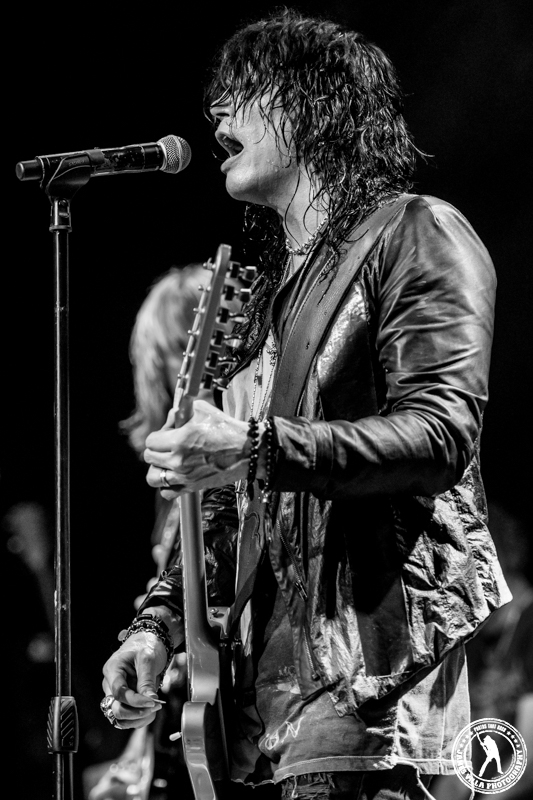 Things roared back to life with “Somebody Save Me” and “Shake Me”, the five musicians showing just how tight knit they were as they blazed through them, after which they brought a sixth person on stage. Keifer introduced his wife, Savannah Keifer, to everyone, and all eyes were on the couple as they turned “Ask Me Yesterday” into a striking duet; with “Don’t Know What You Got (Till It’s Gone)” being somewhat the same, as it began in a more acoustic manner before exploding into a full-blown rock song.

Much of what was left of the show drew from Cinderella’s catalog  their first three albums being represented at various times this night  with “Shelter Me” eventually capping it all off, Keifer often seen holding the mic (stand and all) out towards the onlookers, who were delighted to chime in and sing part of that number.

Screaming for more, Keifer and company were happy to oblige, soon returning for three more songs to give his friends of thirty years. He brought that up between a cover of “It’s Only Rock ‘n’ Roll (But I Like It)” by The Rolling Stones and The Beatles’ “With a Little Help from My Friends”, thanking everyone for their decades of support, as he noted he was looking forward to the next thirty. It’s well worth noting that the latter of those two came with the added bonus of a portion of Prince’s “Purple Rain”, as they paid tribute to the legend. 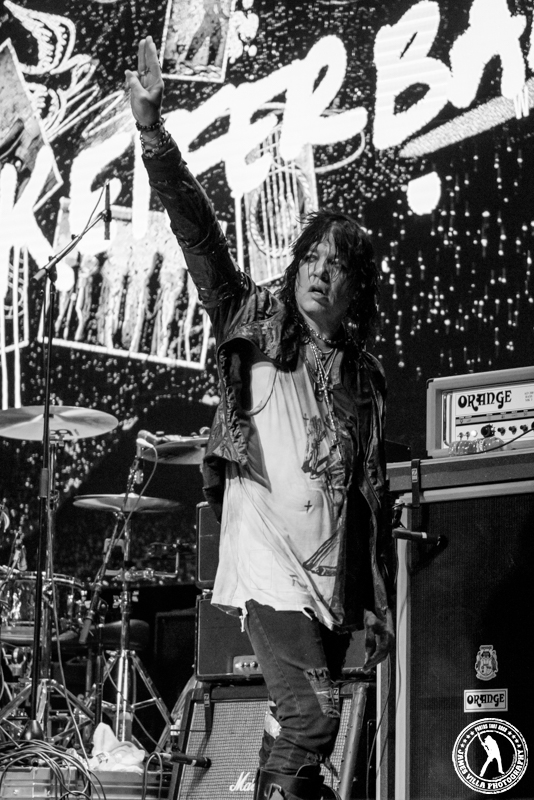 The entire cast of musicians, including Savannah and fellow backing singer/percussionist Kendra Chantelle then ended the night with an epic rendition of “Gypsy Road”, which was precisely what everyone wanted to hear, ensuring they ended the performance in spectacular fashion.

Filled with plenty of the Cinderella songs everyone hoped to hear, as well as a good helping of some of Keifer’s own originals, they made sure this stood out as the best show they’ve done in Dallas while supporting The Way Life Goes. The fans sure acted as if it was, the fanfare getting louder and louder with each passing song, everyone totally enthralled by the music as well as the way Keifer commanded the stage, regardless of if he was stationed behind the mic or walking around, he was just a polarizing figure. A polarizing figure whose voice is as sharp as it has ever been.

It was an experience for everyone that came out, and many left already anticipating the next time The Way Life Goes Tour will come to Dallas.