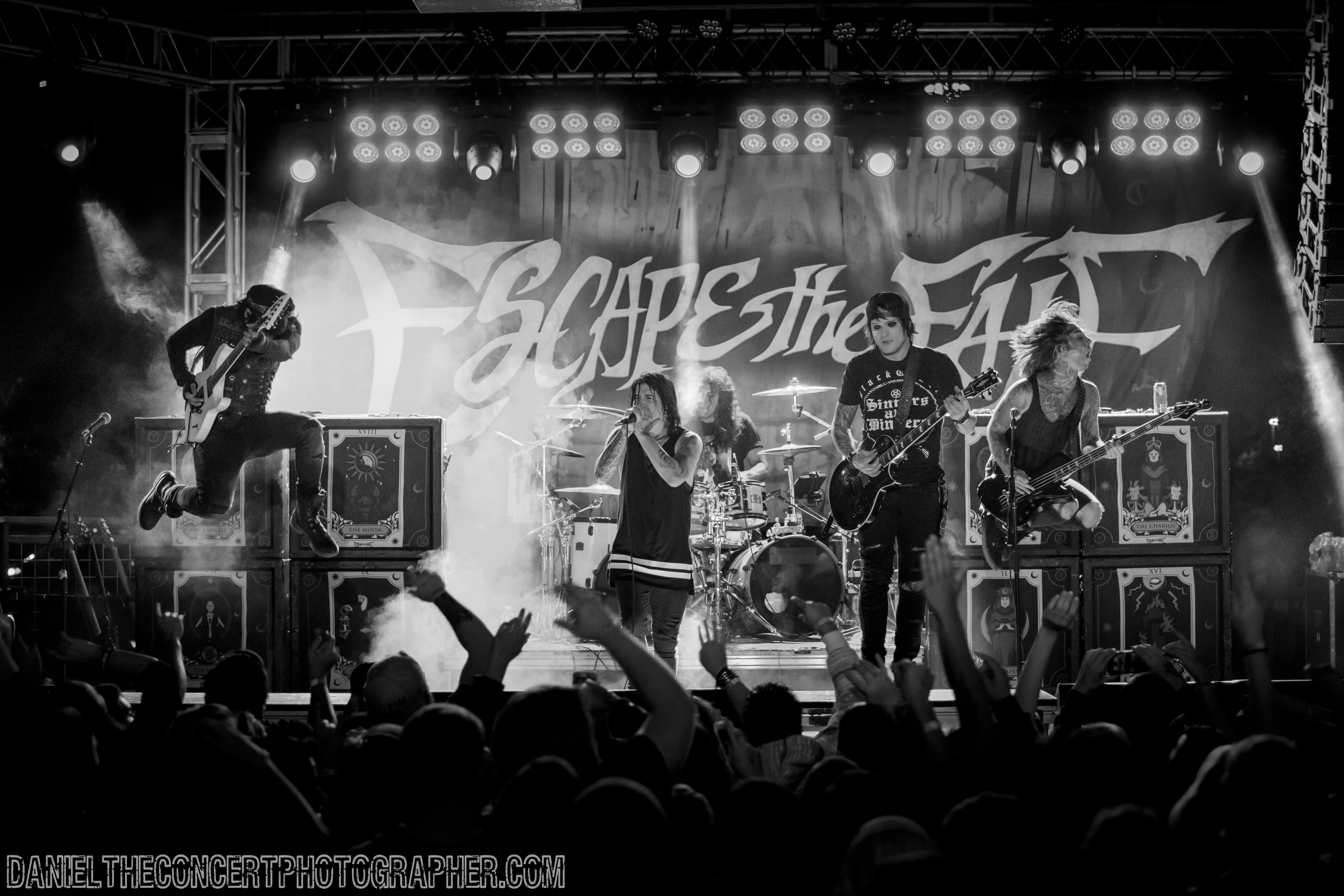 Escape the Fate Delivers an Invigorating Set in Dallas 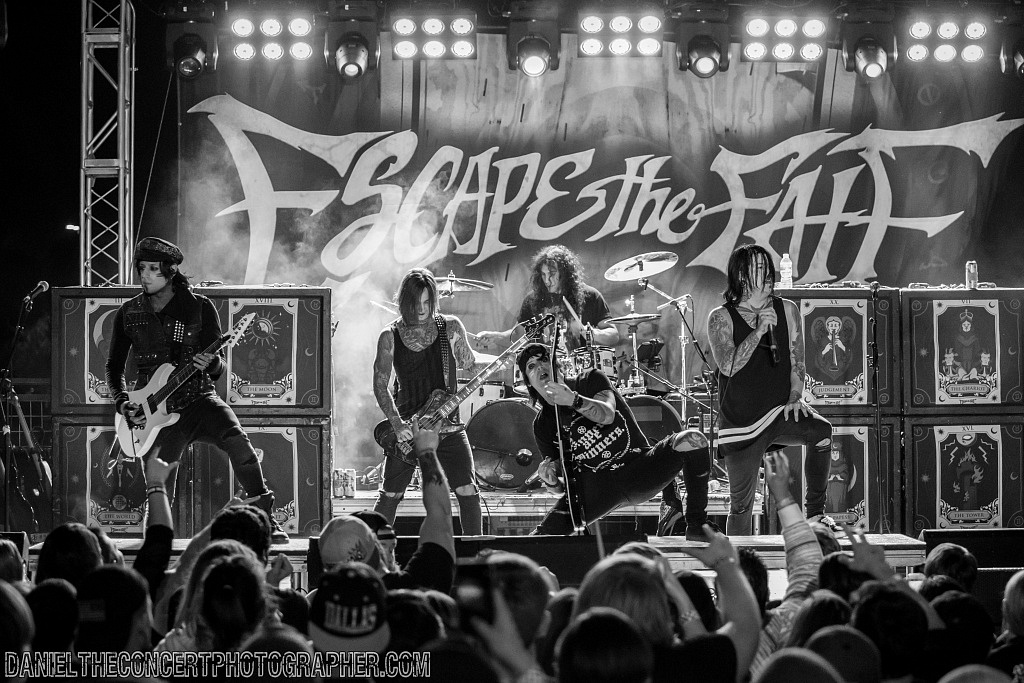 A mere eight days after the release of Hate Me, and Escape the Fate was making their way to Dallas in support of their fifth studio album. It felt like the stop in the city came at just the right time, since the record was out, giving fans enough time to start getting acquainted with the newer tracks they were bound to hear mixed in with the favorites.

A solid crowd had turned out, well more than a hundred people packing the patio of Gas Monkey Bar & Grill. Yes, this was an outdoor show, and while it technically qualified as jacket weather, there were plenty of patrons seeing dressed as if it were still summer, or at least the first part of fall.

There was plenty of fanfare to be heard when the band did take the stage (doing so relatively early, at 9:30); and they ripped right into the first of a handful of new songs they would play this night, “Just a Memory”. Robert Ortiz operated at a lighting fast pace, the thunderous percussion from his two kick drums not only being heard, but felt as they set the tone for the night. They were here to deliver a show no one would forget. 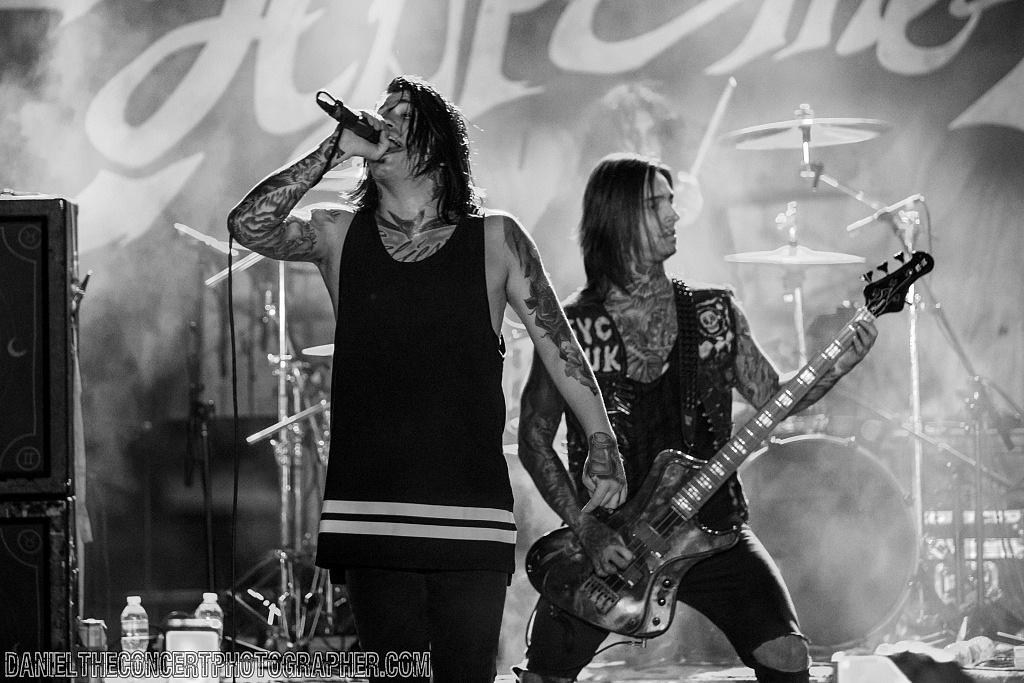 It was nice that they didn’t focus just on the new music. Some bands will do that, wanting to play material that’s fresh to them verses the songs they’ve been doing for years, though Escape the Fate was well aware what their audience wanted to hear, “10 Miles Wide” being one of those songs and the first that had some substantial crowd participation as the fans sang along with Craig Mabbitt.

The lively mood only grew more intense the deeper they got into the show; guitarists Kevin “Thrasher” Gruft and Thomas “TJ” Bell letting loose some nice solos and soaring notes on “Les Enfants Terribles (The Terrible Children)”, a large mosh pit breaking out during it. You could feel the wooden deck shaking from all the movement; and in the final moments, Mabbitt was seen swirling his head around while his band mates closed it out.

I think it safe to say that “Ashley” was a highlight of the night, as it had most everyone clapping and singing along to it. One day, I would bet that “Remember Every Scar” will have that same effect on everyone. It was another number that had some catchy elements woven into it, while the message was overwhelmingly powerful. It’s bound to become a favorite once fans have spent more time with Hate Me, and actually, Mabbitt called it one of his personal favorites from the new record. 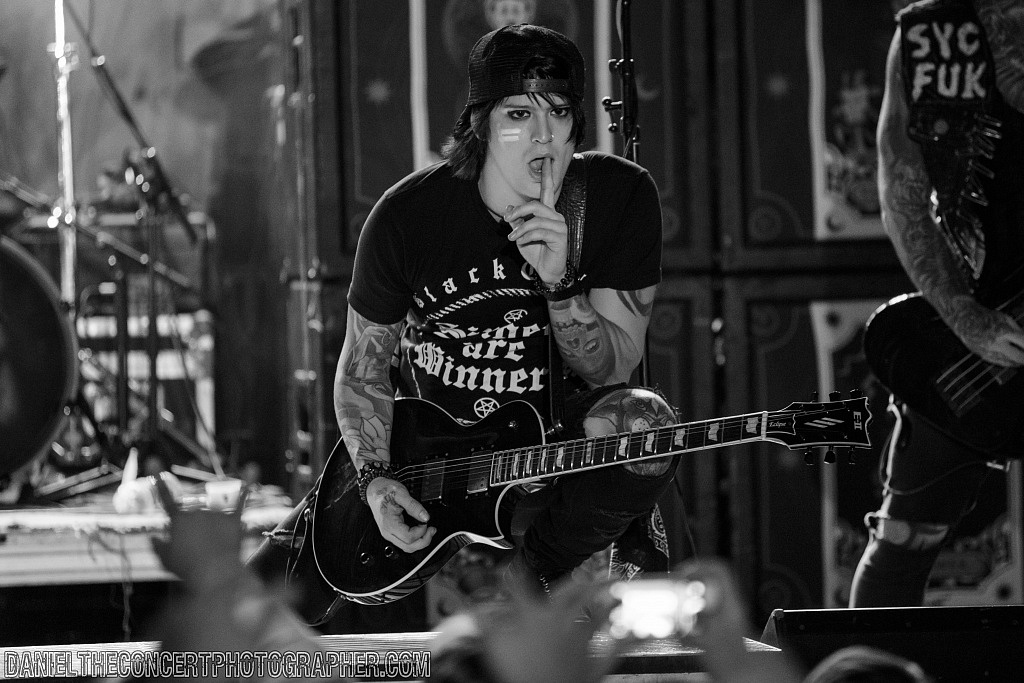 They went out with a bang, “One for the Money” capping off this 44-minute long set that had gone by in the blink of an eye.

You had even forgot that it was pretty chilly outside, getting lost in the music, which no one wanted to end just yet.

It wasn’t long before Gruft returned to the stage, the lead guitarist knocking out a solo before the rest of the band joined him up there. The encore portion would consist of “The Guillotine” and “This War Is Ours (The Guillotine Part II)”, a massive mosh pit breaking out during the former, while the latter featured a Wall of Death, all the remaining pent up energy patrons had being let loose, helping make the bands finale all the more explosive. 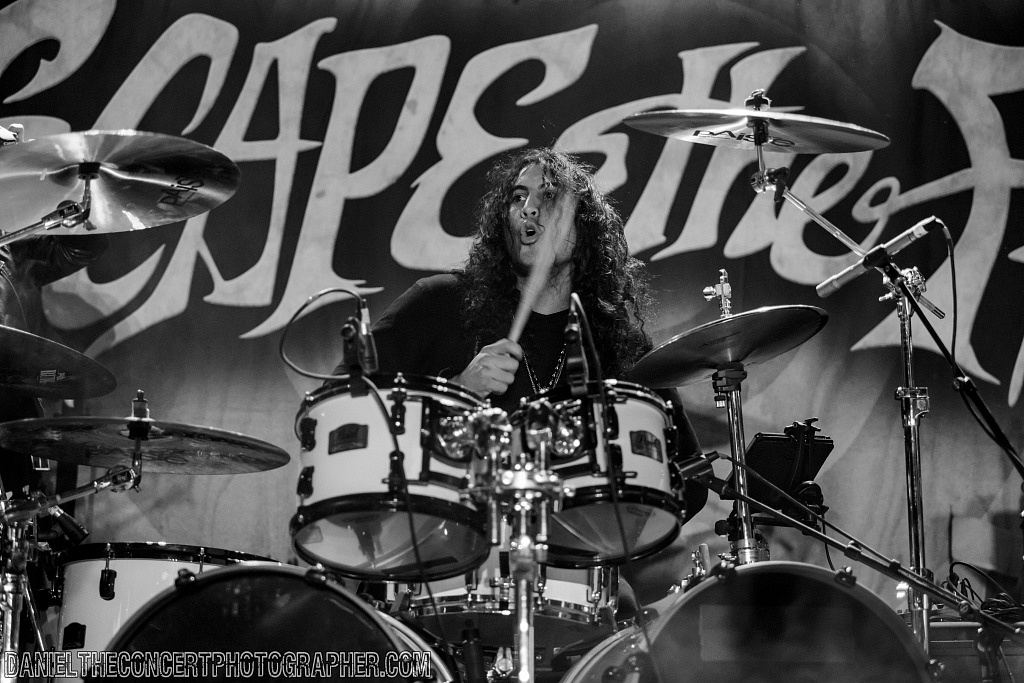 It was an excellent near hour long set, Escape the Fate offering glimpses at their softer side mixed in with their heavier songs, which showed off just how brutal Mabbitt’s voice could sound along with the serene notes he was able to hit, possessing a terrific clean and unclean voice.

As far as post-hardcore bands go, ETF is part of the cream of the crop, so they proved this night.