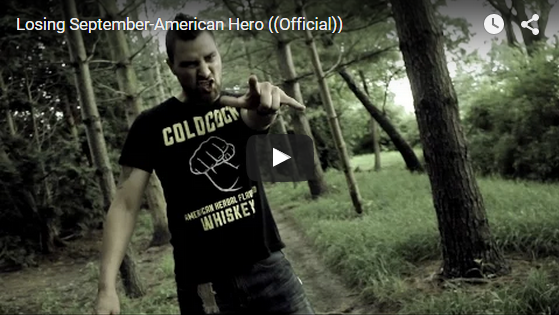 This was one of the most stressful videos to shoot for sure. We had to take multiple takes of us getting shot by a host of paintball guns from about 10 yards away while blindfolded. It was the first music video off our new 5 song EP called American Hero, so it had be a little more daring than our other music videos we’ve done. We wanted to push the envelop a little bit more on this one. – Nick Foreman (Lead Guitarist)