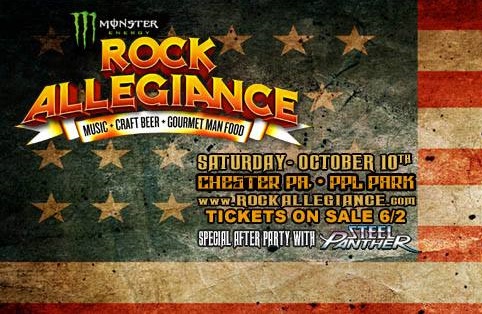 Featuring Rob Zombie, Korn, Godsmack, Five Finger Death Punch, and Many More Along With And Afterparty with Steel Panther 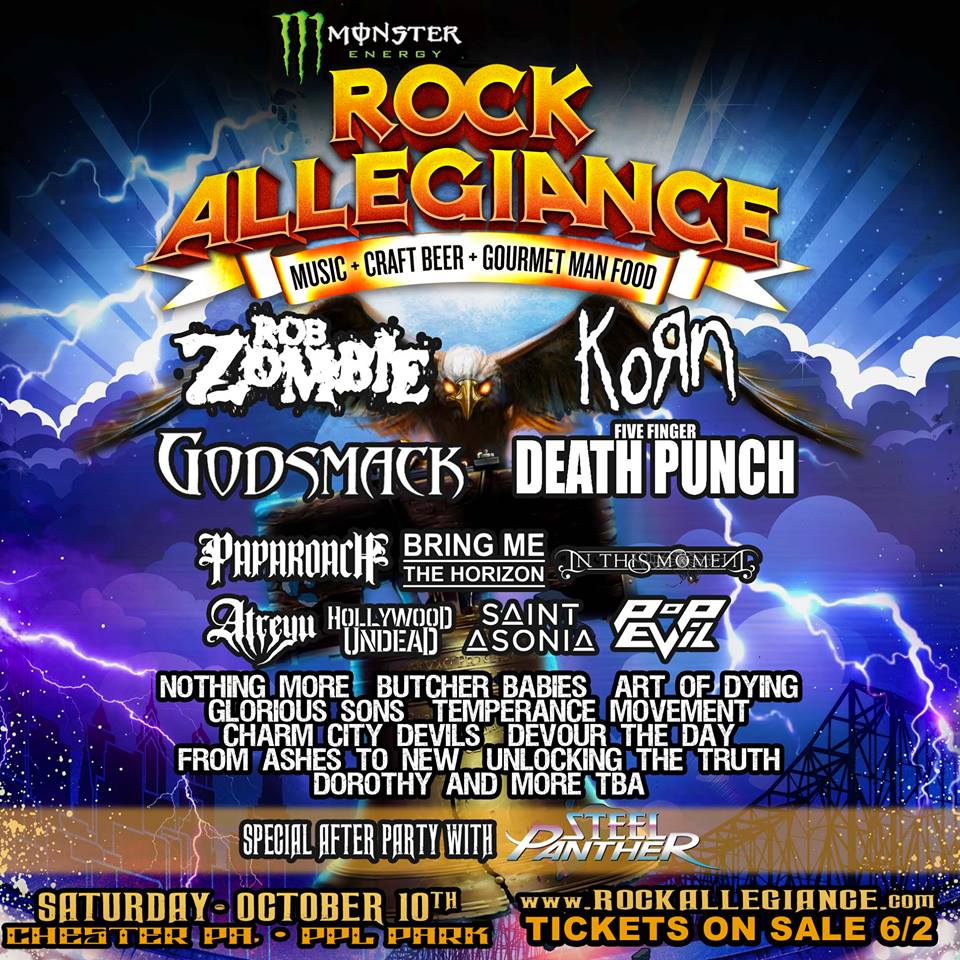 Check out a video from Steel Panther: 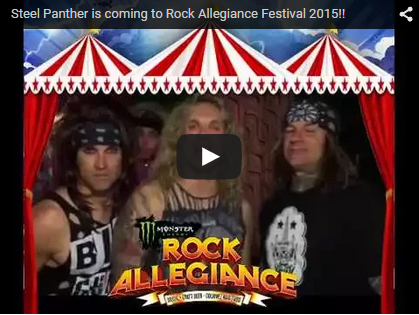 Monster Energy Rock Allegiance producer Danny Wimmer of Danny Wimmer Presents says, “Monster Energy Rock Allegiance is a celebration of everything that is ROCK culture. The event will celebrate Philadelphia’s unique culture featuring the most popular craft beers from the region and a “Philly” themed Gourmet Man Food experience showcasing cuisine from top restaurants, iconic food trucks, and our favorite dives in the area. I couldn’t be more excited to work alongside Live Nation and Global Spectrum in bringing Rock Allegiance to Philadelphia.”

“Monster Energy Rock Allegiance will bring this audience a truly unique experience that is about their favorite music and so much more. It’s an event that will deliver sight, sound and lifestyle,” says Geoff Gordon, President of Live Nation Philadelphia. “For those fans and artists performing, it is incredibly exciting to know that they are a part of first ever live music event at PPL Park and Soccer Stadium.”

“We are very excited to host Monster Energy Rock Allegiance at PPL Park,” said Nick Sakiewicz, CEO & Operating Partner of Keystone Sports and Entertainment and the Philadelphia Union. “This will be the first major music concert at the stadium. PPL Park provides a picturesque backdrop with amazing vistas of the Delaware River and Commodore Barry Bridge. A central location to the Greater Philadelphia region with easy highway access makes it the ideal spot for this great show. We look forward to working with Danny Wimmer Presents and Live Nation to welcome rock fans to what will be a monster show and present the best that Philly has to offer.”

A special rolling discounted ticket pre-sale for Monster Energy Rock Allegiance will begin on Tuesday, June 2 at 10:00 AM ET and run through Thursday, June 4 at 9:59am ET (or when pre-sale tickets sell out) at www.RockAllegiance.com.

During the rolling pre-sale, a limited number of discounted tickets will be available for purchase for the following prices:

VIP tickets include: a VIP entrance to venue, access to a dedicated section of the Stadium floor; a stadium seat; access to a VIP area featuring dedicated full cash bar, beverage and food vendors, shaded areas, picnic tables and additional restroom facilities; and a VIP commemorative guest laminate that will be picked up at the VIP entrance day of show.

For full details about all tickets, hotel and VIP packages, visit www.RockAllegiance.com.

PPL Park is a state-of-the-art Major League Soccer stadium that serves as the home to Philadelphia Union and is located at 1 Stadium Drive in Chester, PA, just outside Philadelphia.

“I want to thank Monster Energy for coming on as our title sponsor and for their continued support of rock music. Monster Energy is the perfect partner for DWP events since they share our vision, fully embrace the rock culture, and devote time and money to helping to develop tomorrow’s festival headliners,” comments Danny Wimmer of Danny Wimmer Presents.

The festival is fueled by Monster Energy. Additional 2015 sponsors include Jack Daniel’s and Fxck Cancer, with more to be announced.