Slipknot kicks off their “Prepare for Hell Tour” in the Sun City, El Paso, TX! 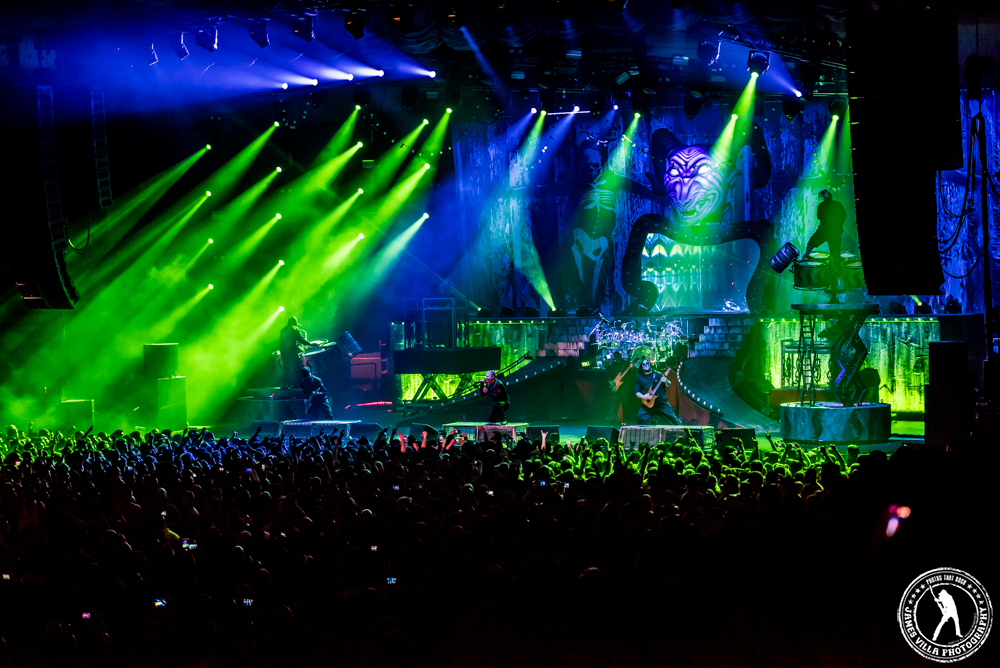 What better place to start the “Prepare for Hell Tour”, than El Paso, Texas or as many like to refer to it as “Hell Paso”!

The scene was as expected on a night when two of metal’s great forces, Slipknot and Korn would share the stage on this the first night of the “Prepare for Hell” Tour. The line of concert goers circled around the parking lot seemingly as early as 4pm.  In the distance the band affiliation wasn’t abundantly clear.  From classic Korn, King 810, and even a few Knotfest shirts from the weekend prior to this evening, it was hard to tell who the fans where there to see this evening.

As the intro for XIX was played it became clear who the fans where really there to see this evening, Slipknot! As the curtain dropped, the new stage set was revealed a stage backdrop that rivals that of my Vegas and Hollywood productions, it had the look and feel of a carnival house of horror.  As two staircases lead to what appeared to  be a mirror directly beneath a goat head.  The lighting consisted mainly of red, violet, and blue which was dark and rather ominous. 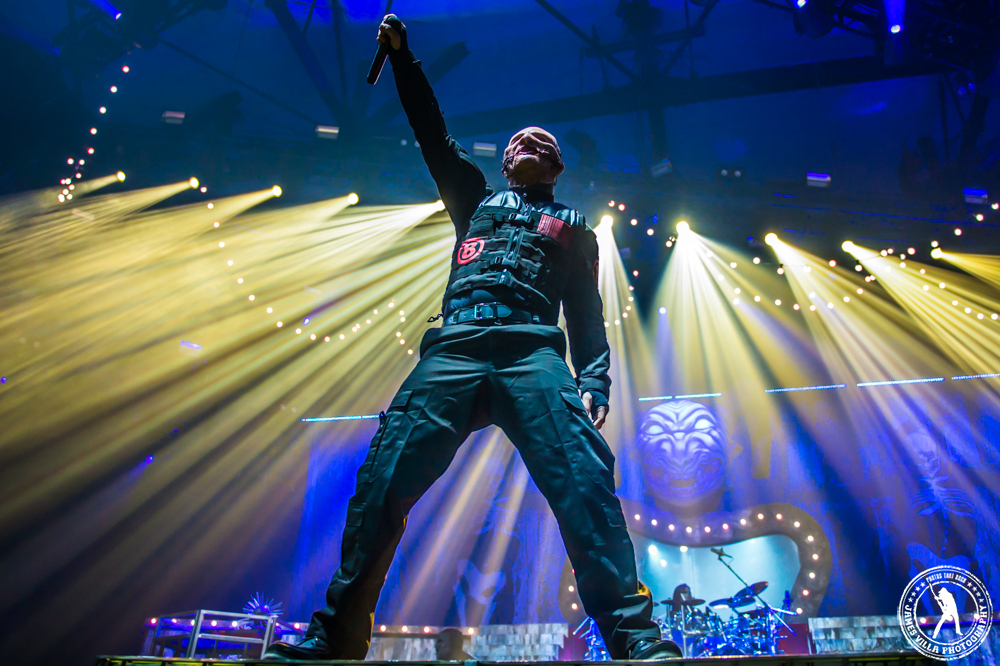 The band would touch every part of their discography during their main set, which included many fan favorites Vermillion, Before I Forget, and Duality to name a few.  All the buzz prior to the show focused on the new member and what they would bring to the live performance.  None of this seemed important now Jim Root, Mick Thomson, Sid Wilson, Shawn “Clown” Crahan, and the rest of the supporting cast let the capacity crowd know that they were back, in the words of Corey Taylor “It’s been a while El Paso”.

Taylor announced that the album .5: The Gray Chapter had debut at number one and wanted to thank his family, the fans, that made it possible.  The band played 5 songs from the newly released album this evening.  Which often times seems to backfire especially with the album has only been out for a couple of weeks, this was not the case however as  everyone present  displayed a clear sign of approval by participating with fists in the air and screaming at the top of their lungs.  Taylor and company turned it loose and kept the crowd involved without showing any signs of fatigue after their weekend performance at this years Knotfest Festival in San Bernardino, California 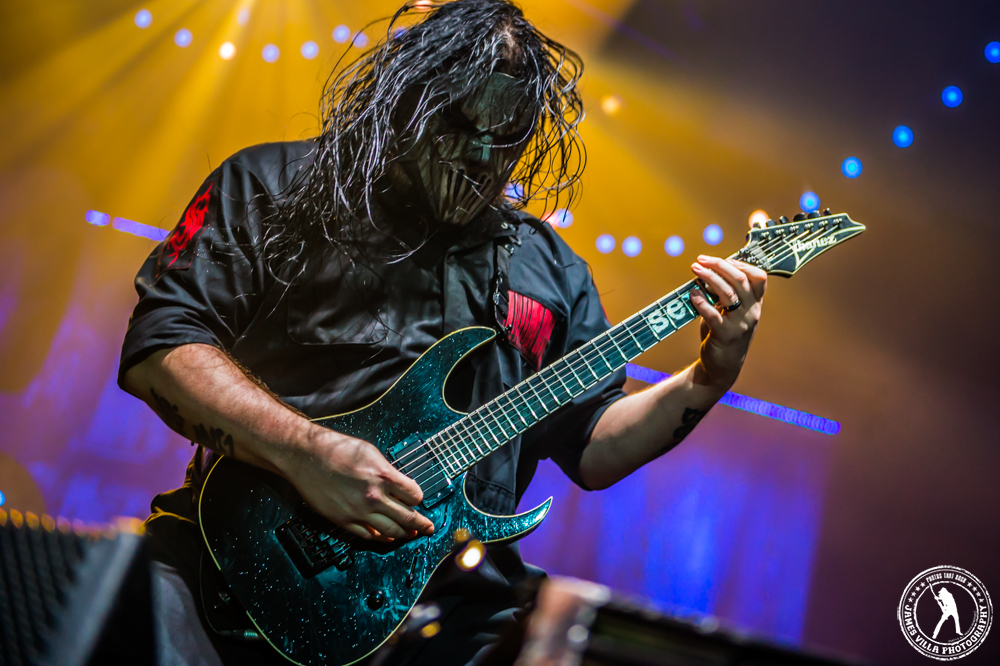 Slipknot ended their set with Custer off of the new album, as the band walked of the stage the crowd erupted and the chants for “Slipknot could be heard throughout.  After a quick exit the band returned to the distant intro of 7426170000027 followed by (sic) the lengthy 4 song encore, was far more than even I expected.  Truly giving the fans what they wanted, more Slipknot only seemed appropriate, as the crowd participated was at an all time high by the time “People = Shit” was played.  The band closed out their set with Surfacing and ‘Til We Die, respectfully.

All in all the first night of a 22 show run seemed to go on without a hitch. We’ll be in Dallas, and Oklahoma City later in the week, we’re riding this roller-coaster again.  See you there!