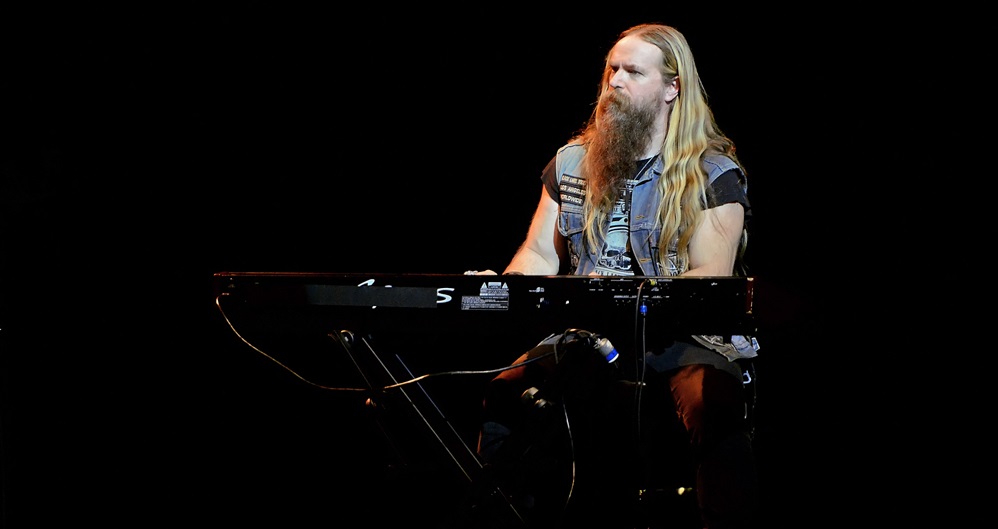 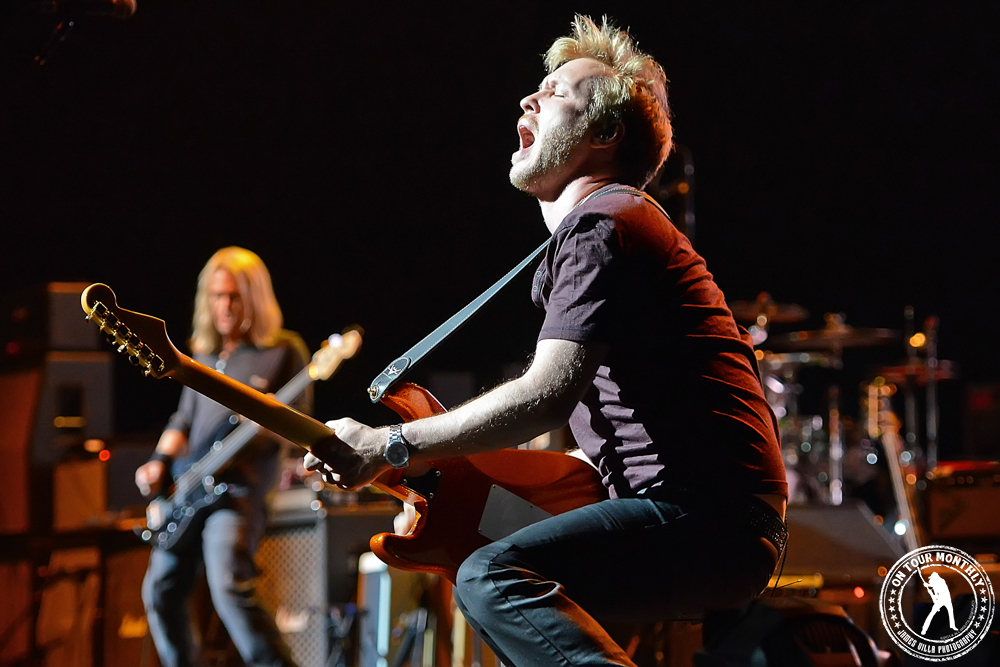 There’s one thing every music lover can agree on, and is that Jimi Hendrix was a guitar god, and most likely the best that ever has or ever will live.

It would have been great if he were still alive today, and there’s no telling what other contributions he would have made to music.

However, in his relatively short career, he created quite the catalog of music for the world, music that would be played this night when the Experience Hendrix Tour stopped at the Verizion Theater in Grand Prairie.

I eclectic mix of people made their way into the auditorium, ranging from some people who looked like they may have seen Hendrix himself a time or two, and every other age demographic all the way down to young kids (probably five-years-old or so), which further proves how influentially Hendrix’s music is, even now.

Before the show started, one of Jimi’s siblings, his sister – who heads the Jimi Hendrix Foundation – welcomed everyone to the show, and thanked everyone for coming out. She mentioned the “Electric Church”: and how any fan knew exactly what that was.

Indeed they did, and the congregation was ready for their sermon. 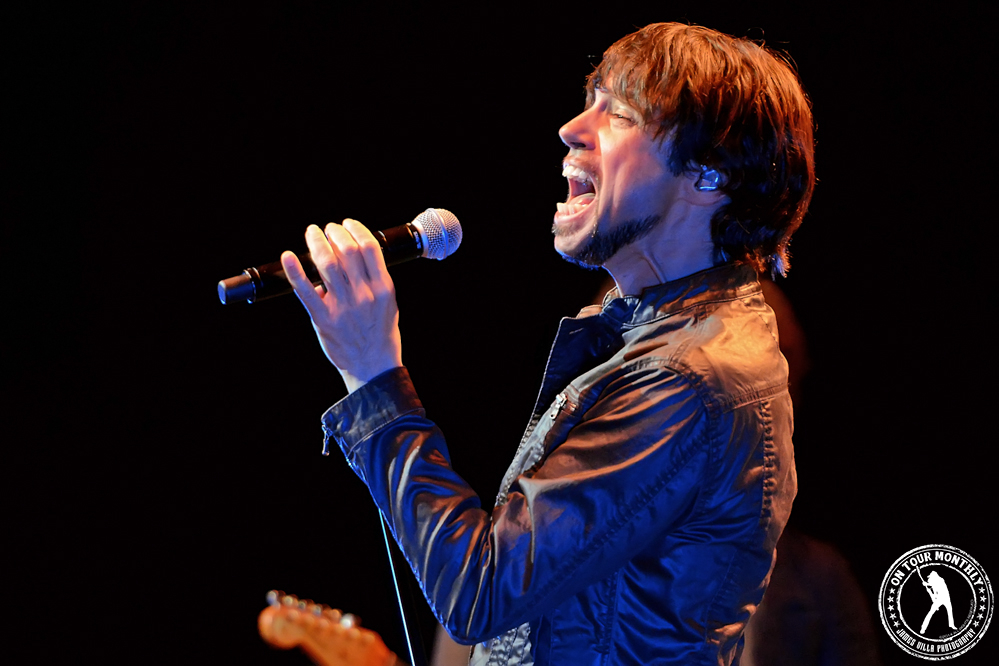 The entire night was a who’s who of the music industry, featuring a vast array of talent, like drummer Chris Layton (who did the majority of the drumming this night) and even Billy Cox from Hendrix’s band.

“…Clap along, sing along. You’ll know what to do.” Billy said as the current four-piece began the night, doing a couple of songs in this format, one of which was “Hey Joe”, and they got right to the point when it came to showing off their musical prowess. Solos abounded (actually, that applies for the entire show in general), and one of the best moments from the crowds perspective came when one of the musicians used his teeth to play some wickedly good notes on his guitar.

A couple of the musicians left, while Dweezil Zappa picked up guitar duties for the now trio, lending his talent to “Freedom”, before taking his leave. He was far from done for the night, and they still had many more musicians to cycle through. Musicians like Eric Gales, who started his minutes long stint on stage with a guitar solo, eventually easing off of it. “Woo!” he shouted at one point, then cupped one of his hands around his ear, waiting for the audience to get into it.

It made for a fun audience participation moment, which was merely the prelude to an incredible rendition of “Let Me Move You”. His voice had that smooth, soulful, bluesy sound to it that just fit perfectly, and the crowd reacted to it.

He was another one-timer for the moment, and the native Texan Eric Johnson than took the stage, and at one point mentioned how he liked being in his home state for some shows on this tour.

“Power to Love” boasted a very tight rhythm section, and as the cast of musicians kept changing, they were joined by Noah, who sang some backing vocals on “Easy Rider”. It was Eric Gale who again seemed to steal the show, though; once again walking on stage, while Eric Johnson noted that he [Eric Gale] had come up with a “beautiful arrangement” of “May This be Love”. To call it beautiful would be an understatement, and the way they performed it as a duet sounded heavenly, and you know Hendrix himself had to be looking down and smiling at that moment; filled with pride over what they had done to his song.

Things got very interesting when Zach Wylde, and the hard rock/metal musician took a seat behind a keyboard. That lasted all of one song, before he took a spot at stage right; taking on the role of guitarist and singer. It was here the show entered what could be called a metal mayhem moment, and I mean that in the best possible way. 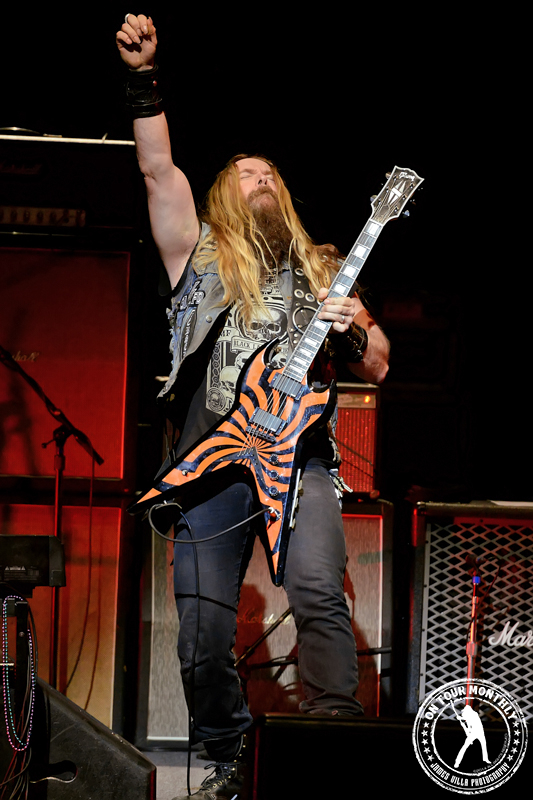 He flat out shredded at the start of the first song he was charged with, “Stone Free”, and one thing it and the next song had in common was the epic guitar solos he threw in, making his way to stage left each time where he let the music flow through him. The highlight however came at what he mentioned was a “amazing toe-tapper”, and room erupted in cheers when they heard the chords for “Purple Haze”.

It was the final song of their first 99-minute long set, and stepping it up from the guitar solo he had done previously, Zach now placed his guitar behind his head for a few moments, before using his teeth to pluck the strings. Each of those songs did have a slight metal vibe to them, but it worked and offered a nice twist on a classic, while still making sure to pay homage to it and give it all the respect it deserves.

I think that had people talking for the first few minutes of the intermission, and the wait for the next act wasn’t too long.

Along with the musicians who had already been seen, there was still an impressive roster of talent waiting in the wings, and Doyle Bramhall II took the stage all by his lonesome, sitting down in a chair with his twelve-string acoustic guitar, doing an incredible version of “Hear My Train A Comin’”.

They electrified things after that, while different artists came and went during “Angel” and “Hey Gypsy Boy”, along with a few others, before the lineup reached one of its strongest points of the night.

Jonny Lang fronted this incarnation, which also featured Zach Wylde, and they knocked out a truly electrifying version of “All Along the Watchtower”. As it should be, “Fire” was incendiary; and by this time Brad Whitford of Aerosmith fame was on stage with them, delivering a guitar solo or two of the course of the other songs.

Once he took the stage, Kenny Wayne Shepherd through some more praise to Jimi, being quick to say he was perhaps “the greatest player to ever pickup the instrument”. “Come On (Let the Good Times Roll)” was another song that had much of the crowd singing along, while “Voodoo Child” was extended so much with several instrumental portions, it seemed like that was the conclusion of the show.

Their performance even earned them a standing ovation, but surprisingly enough, out of all the highlights from the night, the best was still yet to come.

Buddy Guy made an entrance minutes after the now current cast of musicians had taken the stage; receiving rave applause as he started signing “Who Knows”. He only got a line or two out before halting the band. “Hold up, hold up.” he told them, before pointing out he was lucky enough to know Hendrix in his final years. He fondly recalled some little stories, and a burning question he had for him, and that was where his mojo hand came from.

That was clever and fitting segue to a cover of Muddy Water’s “Louisiana Blues”, and during these final songs, Mr. Guy proved that even though he was the oldest musician who was a part of this lineup, he was also perhaps the most talented.

His skills on the guitar were sharper than most will ever be, and when it came time to end this second 99-minute long set, he tore it up while Billy Cox sang what he said was always one of Jimi’s favorites to perform, “Red House”.

This was an incredible night, and it’s amazing they were able to cram so much talent on to one stage, all to celebrate one man.

Then again, considering that man was Jimi Hendrix, it should be no surprise that all these musicians were more than willing to collaborate with one another, all to pay tribute to him.

His time on earth may have been short, but Hendrix left a legacy the world will never forget, and it will always continue to touch lives and inspire people. That’s the beauty of music; and thanks to the Experience Hendrix Tour, everyone here this night got a show that at least offered a small taste of what it would have been like to see the man himself.