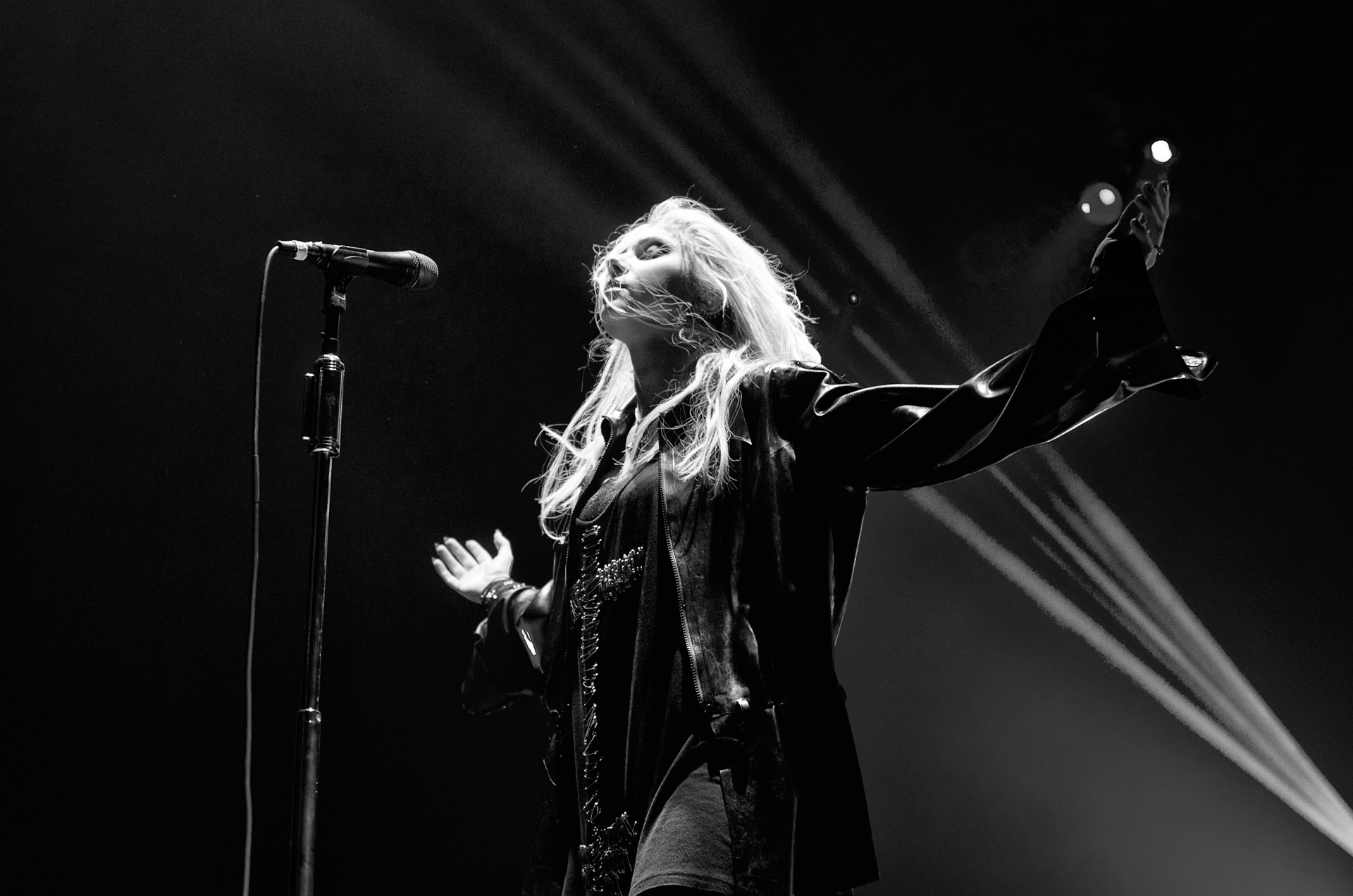 – Words and Photos by Mike Victorick –

Long have the days gone by when six-year old Taylor Momsen played sweet Cindy Lou Who and stole the heart of the mean ol’ Grinch played by the corrupt and scheming Jim Carey. The innocent child that managed to convert the Dr. Seuss character into a hero is all grown up now, and in a sense, performing in a role she knew in her heart she was meant to play.

After Momsen won the part of Cindy Lou in the blockbuster movie, How the Grinch Stole Christmas, her star continued to climb. The past decade has seen the doe-eyed child mature into a high fashion model, thrive as an actress and spend some time as a ‘gossip girl’. But something inside was missing for this St. Louis native that acting and modeling just could not fulfill. Four years ago, the blonde-haired beauty found her voice, literally, and a new career path soon followed. Tonight, the fruits of Momsen’s determined labor of love – The Pretty Reckless – were finally realized when the 20-year old chanteuse stepped on stage before a near-capacity crowd to rock the House of Blues in Houston. 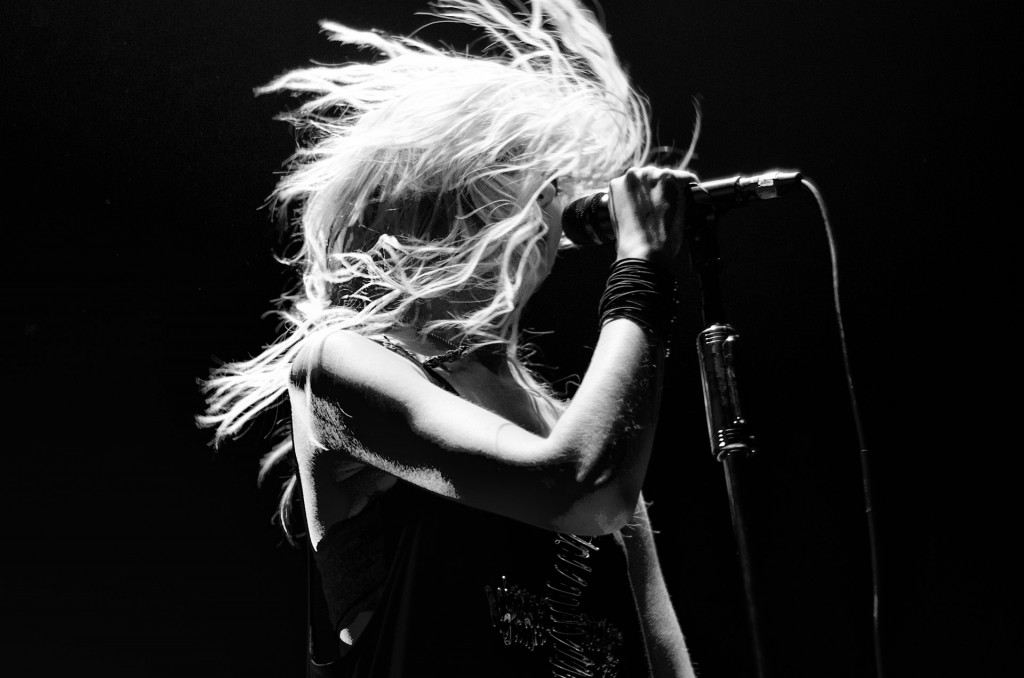 Before this audience could catch a glimpse of the total transformation of Momsen’s character, they were treated to a couple of European imports from London, Heaven’s Basement, and Moscow’s Louna.

The Russian rockers were the first to take the stage. Fairly well-known in their native country, this group is without a doubt the hardest musical export Mother Russia has ever let outside its expansive borders. Led by singer Lousine Gevorkian and bassist Vitaly Demidenko, this band got the blood in the crowd pumping from the first note to the last. Gevorkian’s command of English was particularly fascinating. She had great vocal range and the musicians in the group certainly knew how to play. This five-piece outfit smacked the crowd over the head with an in-your-face set that tested the ‘metal’ of those fortunate to be inside early to capture this show. Louna is definitely a band worth seeing the next time they come to a town near you. 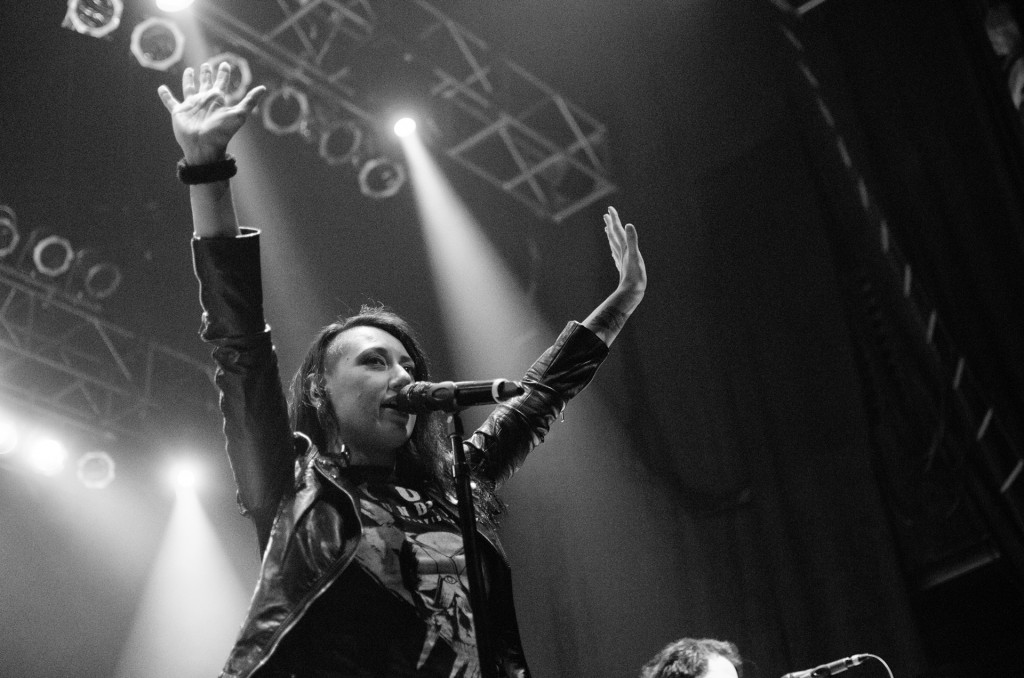 After a quick ten-minute break down and set up, Heaven’s Basement entered the lion’s den and came out roaring. These British rockers released their debut album earlier this year in the U.S. and haven’t slowed down since. This veteran group kept the hard rocking tempo Louna had set before them going at a much higher pace. The band didn’t give this energetic crowd any time to rest between songs. No one took bathroom breaks because they were afraid they might miss something. And they would have been right.

Vocalist Aaron Buchanan is an outstanding singer with a great stage presence. He kept the crowd involved throughout the band’s set. Some of the more frantic moments of their show occurred when the group played excerpts by the legendary Brit punk rockers, The Damned. This knowledgeable metal crowd showered Heaven’s Basement with appreciation. There were moments during this show where you felt like a young AC/DC was rockin’ your socks off. The energy on stage was such that it literally was exhausting watching this act perform. It was great 45 minutes for the audience, and a tremendous challenge for the headliners following this rock and roll madness.

When the lights finally went down signaling the entrance of The Pretty Reckless, all those goth-like Momsen posers at the front of the stage finally had something to cheer about. As their ‘American idol’ walked out to a deafening ovation, the noise levels in the building went through the roof. The band kicked into high gear with “Follow Me Down”, the lead track from the group’s upcoming sophomore album, Going to Hell, that will be released early next year. This song, which was made available for streaming just last month, was already a hit with this crowd, with hundreds of kids singing the song alongside their hair-flailing heroine.

The Pretty Reckless deserved the accolades they received this night. The band has been touring tirelessly the past 18 months opening for such acts as Evanescence and Marilyn Manson besides do their own headlining dates. This evening, the band was able to witness first-hand the results of the long and winding road they had traveled. The audience screamed and sang. They mimicked all of Momson’s moves on stage. It was akin to the Simple Simon game without any words being exchanged. Taylor would raise her arms, so did her ‘peeps.’ Taylor would swivel her hips, the audience did the same. They probably would have done the hokey-pokey if she had asked them to.

This 90-minute extravaganza featured material from the band’s EP and debut album respectively. I suspect the five cuts not associated with either recording will be included on the group’s forthcoming studio offering. As the band made its final bows to the Houston crowd, I couldn’t help but look up at the grown-up Cindy Lou and smiled. The Grinch never stood a chance. 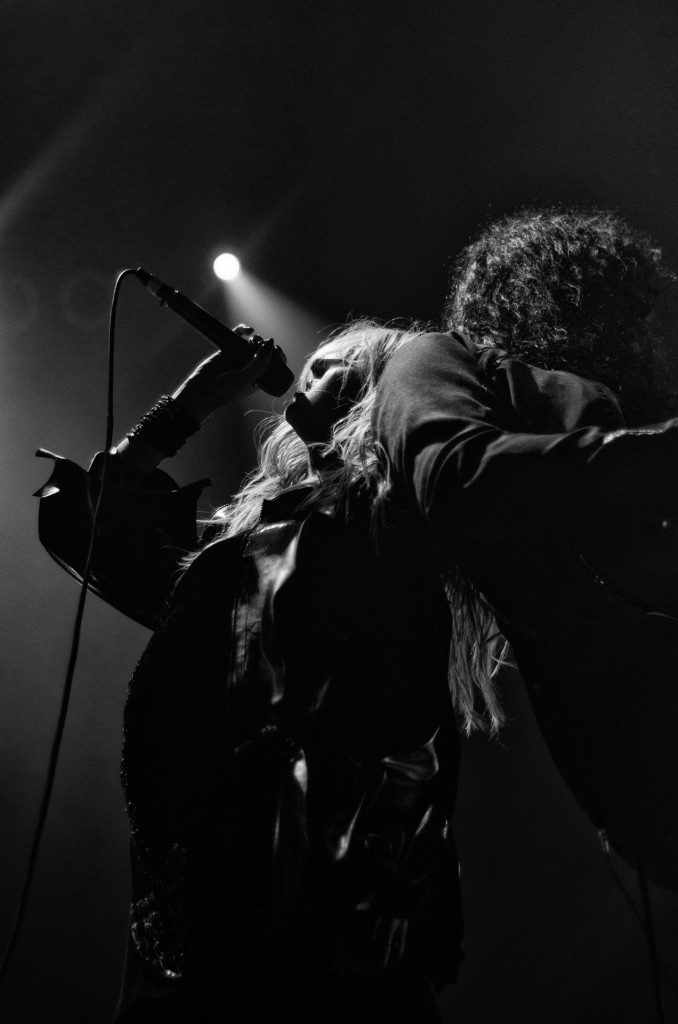