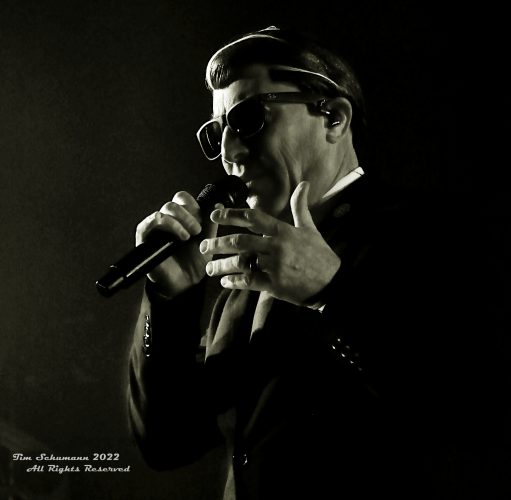 I wasn’t quite sure what to expect once approved to cover this event, of course, I’m familiar with Tool and A Perfect Circle, but Puscifer is a whole different animal, Maynard has been quoted in saying, Puscifer is nothing more than an island of misfit ideas that found no home with Tool or Perfect Circle. That statement I found extremely interesting given the fact of just how bizarre Maynard can be at any given time on stage with costume changes and whatever strikes his fancy, needless to say, I was biting at the bit and I knew I was in for a treat, you see, I’m all about a front man, I want to be entertained, I don’t want to be able to take my eyes off you, a true entertainer and showman is worth the price of the ticket and when you leave the venue, you feel moved, you feel that individual you just witnessed for the past two hours gave you everything he had, a show you won’t easily forget and that is exactly what you get with Maynard James Keenan.

At 9pm sharpe, house lights go down and two huge video screens on either side of the stage come alive with Agent Dick Merkin (Maynards alter ego) explaining all those signs in the lobby stating No Photos, No Cell Phones, if caught, you will be removed from the venue and you will be put into a huge meat grinder and added to the ingredients which make up Spam, yes, there was the possibly you could wind up in a can of Spam, God forbid.     They opened with Bread and Circus from the latest release Existential Reckoning, at the end of the second song a Billy D imposter was at the foot of the stage taking photos with his cell phone, of course Dick Merkin saw him, and he was quickly abducted, dragged onto the stage by two bald Men in Black enforcers, thrown over the shoulders and never to been see again, well, into the second act, that is.  So, the first 7 songs were all from the new release, which was completed during Covid, but I must say in my 50 years of attending shows, I’ve never heard of a band opening a show with 7 songs that probably most in attendance have never heard before, who does that? Maynard. 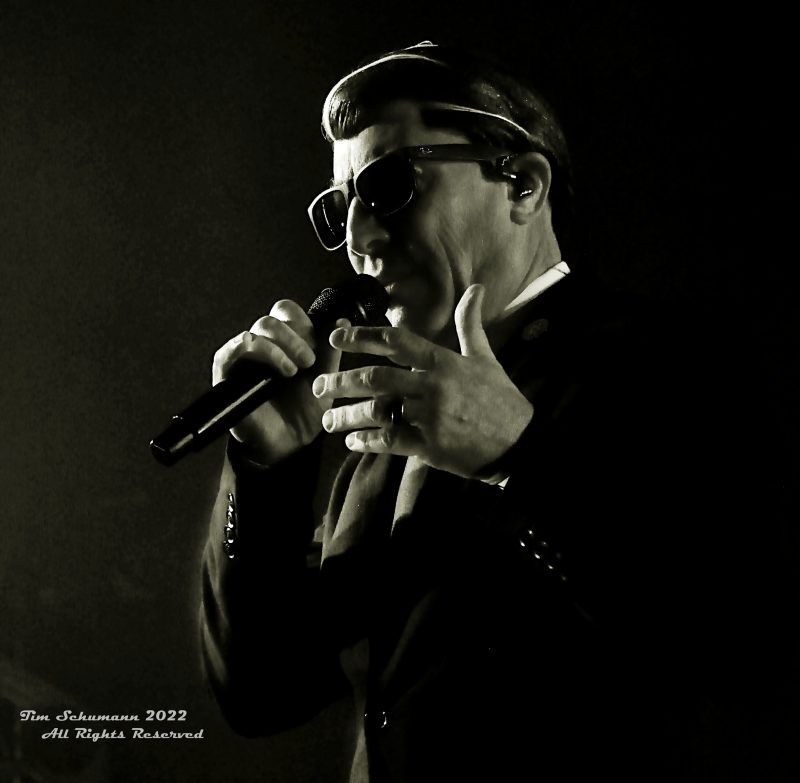 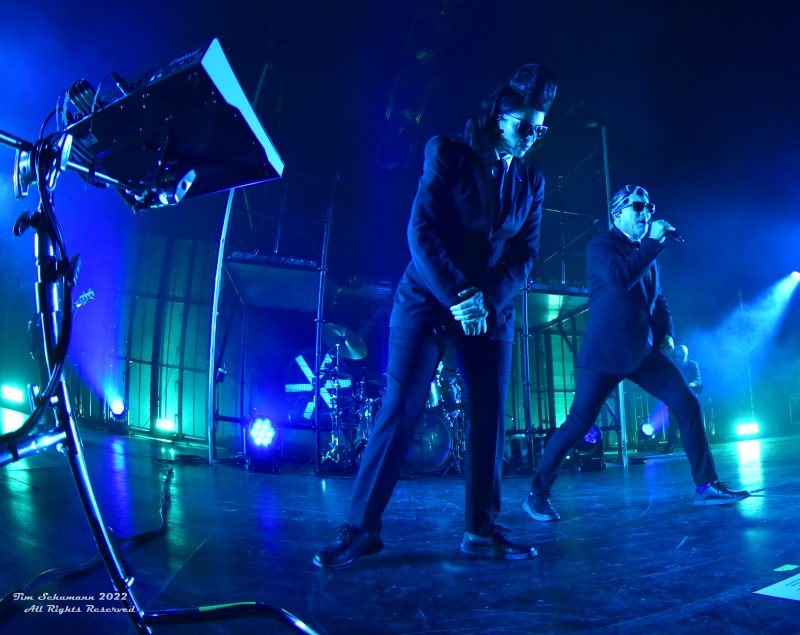 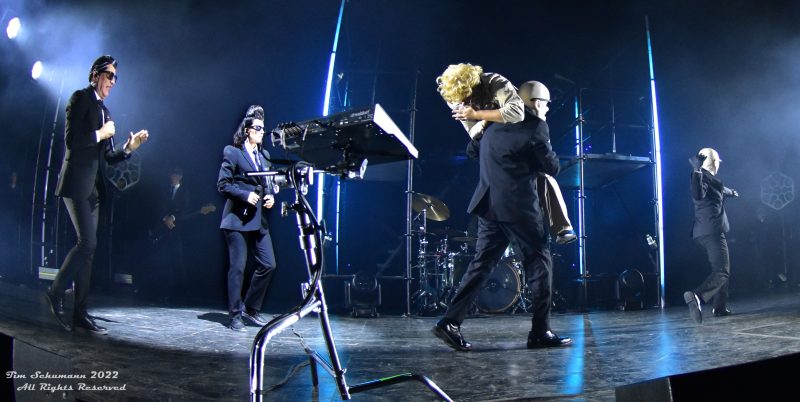 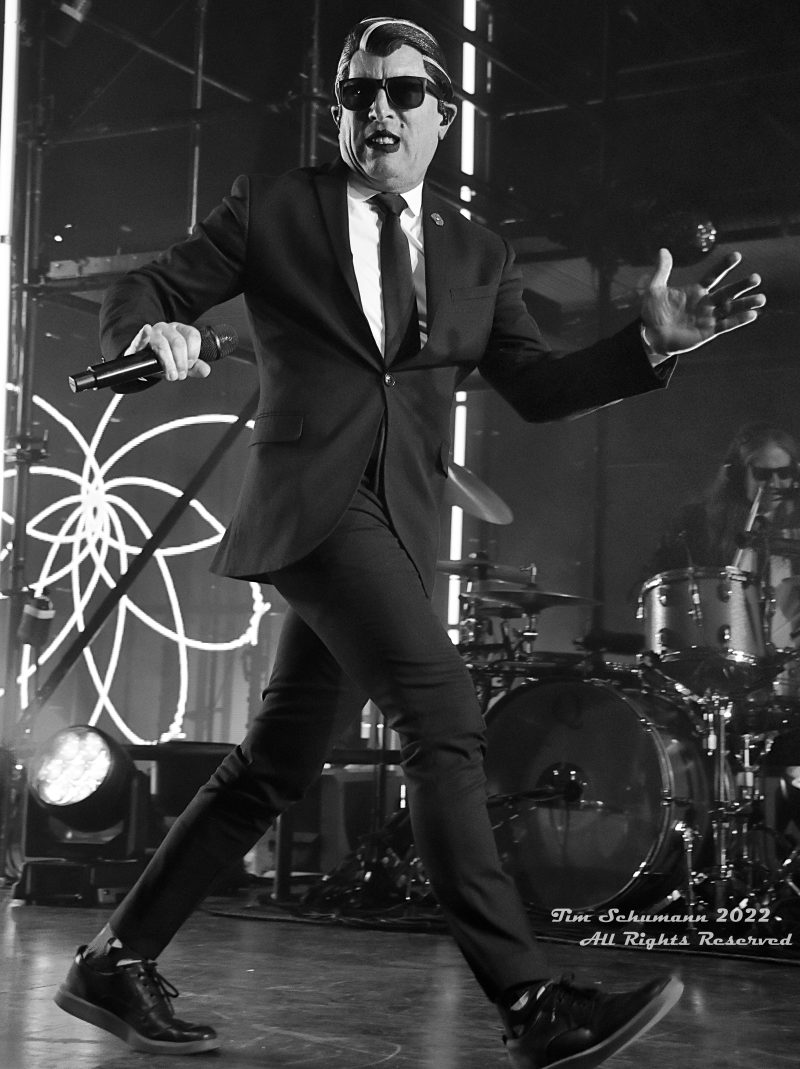 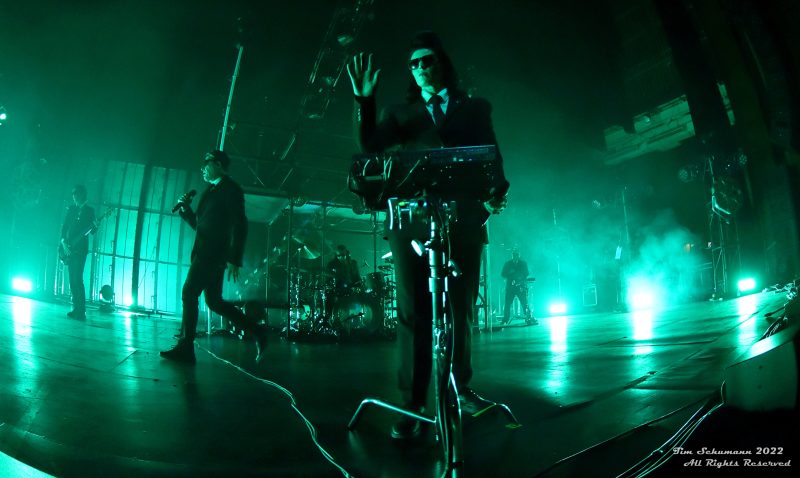 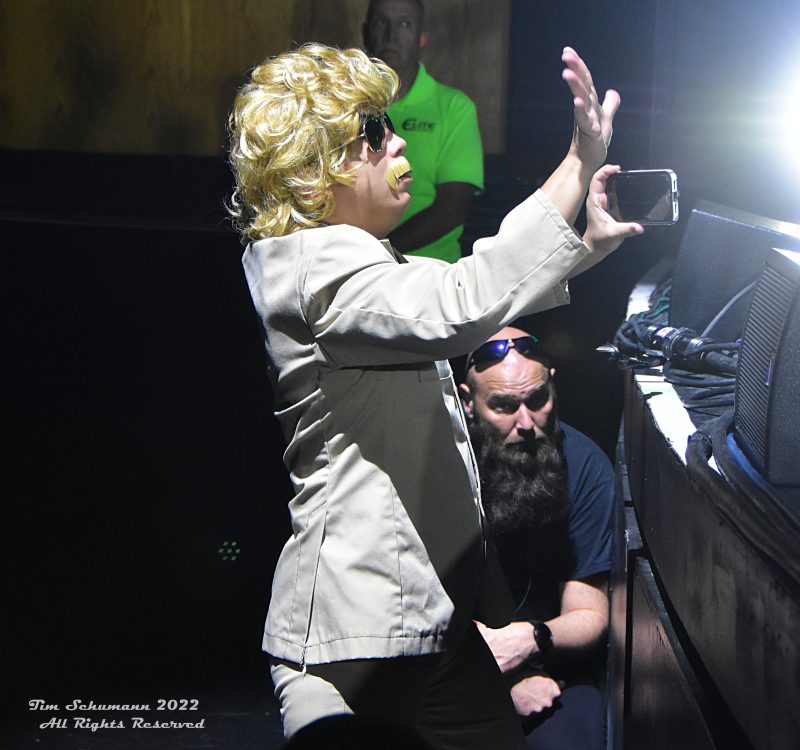 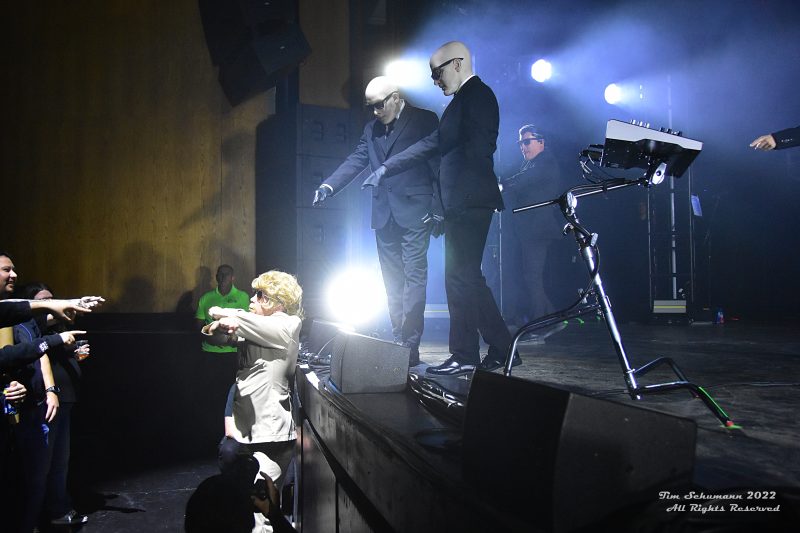 A four-song encore ensued which included Bullet Train to Iowa and Conditions of my Parole, quite pleasing to this El Paso crowd, I think it’s safe to say, they got their monies worth.

I found the show to have a Vaudevillian spin to it, a full-on production with Aliens and Agents prowling the stage and of course the lasting question, what’s in the silver briefcase, we may never know, oh yes, very dark and mysterious is the understatement of the year.

You’re either a fan of Tool, A Perfect Circle or Puscifer, but I can guarantee you there are fans of just Maynard, the elusive one, the entertainer, the epic showman.  He’s on tour with this project until 22 November in Prescott AZ, it was my first time seeing him and hopefully not my last, I highly recommend it and you too can exit the venue feeling moved beyond words. 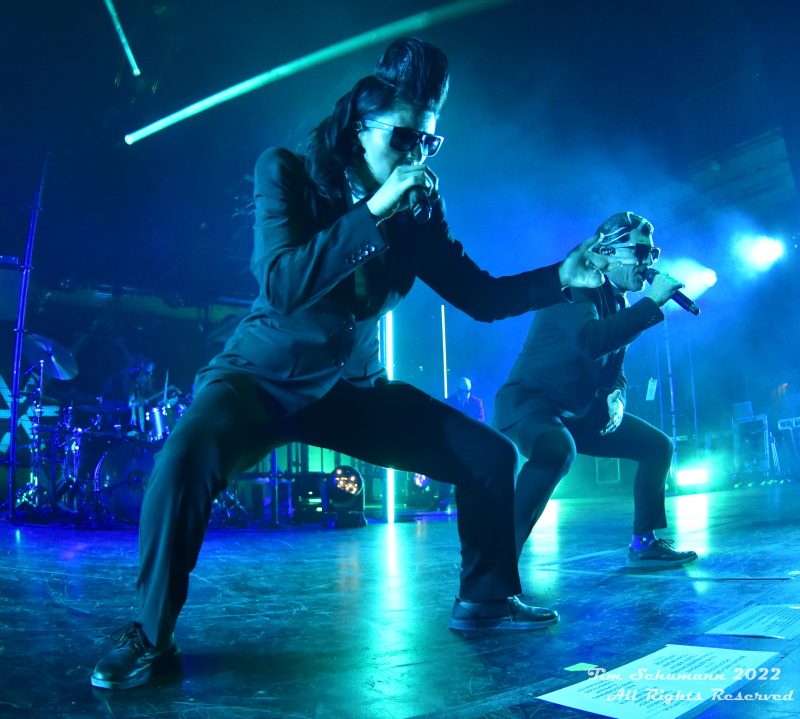 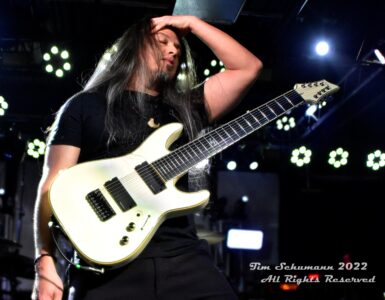