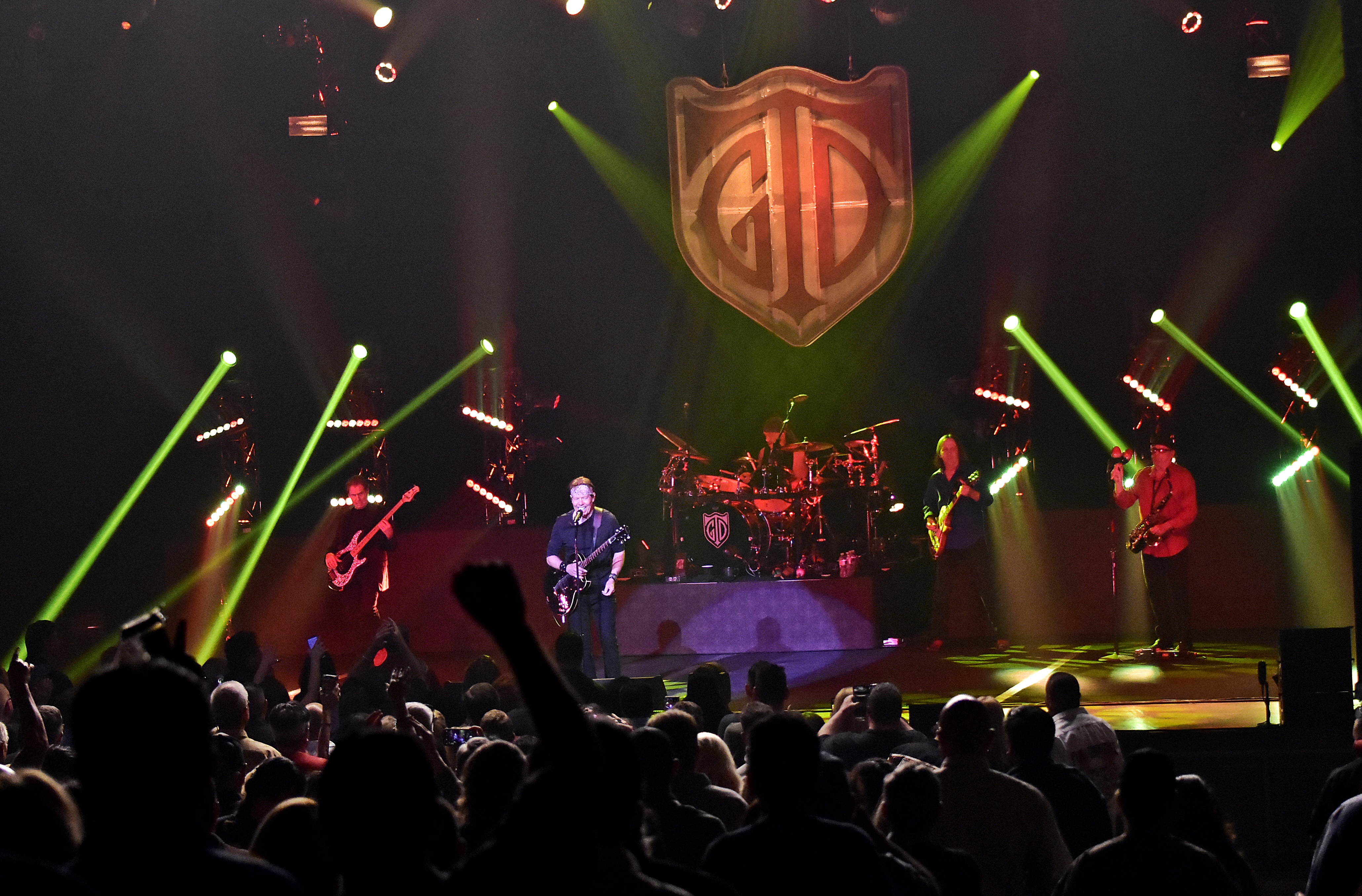 George Thorogood and the Destroyers invaded West Texas on 6 April

With their current Good to be Bad, 45 years of Rock Tour at the stellar Plaza Theater in the heart of downtown El Paso Texas and needless to say, we all were ready for a night of George’s style of high energy Boogie Blues.

George has been at this since the early 70’s and to his credit has released 20 albums in 42 years, 6 went gold and 2 of those are platinum and let’s not forget, 15 million albums sold worldwide.
George hit the stage at 8:05 pm accompanied with Buddy Leach on Sax, Jim Suhler on Rhythm / Lead guitar, Billy Blough doing the honors on Bass and of course, Jeff Simon, the original Destroyer since 73 on percussion.
George is dressed black on black with his trademark ES-125 Gibson Hollow Body and waste no time in being the master and commander of the stage. I had seen George 3 times before in the late 70’s and early 80’s back in Tampa, Florida, so I knew what to expect and when you have an artist that has been going as strong as George has after 45 years, well, to me this speaks volumes and this particular evening was to follow suit, he never fails to deliver.
The 69 year old moved as he did back in the day, interacting with the audience between songs with shtick and his signature facial expressions, he is a true showman and entertainer.
El Paso was more than ready as I was for a night of classic songs such as I Drink Alone, Move It On Over, Who Do You Love and Bad To The Bone.
This event did not sell out, which I was a bit surprised by that, but those in attendance surely got their money’s worth for the 90 minute set that was laid out for them. George and company appeared they were have a great time performing for us, his music is so much fun to listen to and make no mistake, if you listened to Rock Radio in the 80’s, you just couldn’t help yourself in singing right along with the master.
All in all, one of the best shows I’d seen in quite some time and of course, being a fan doesn’t hurt and truth be told, it was the caliber of show that you feel moved upon leaving the venue, asking yourself, What more could this guy have given me?
In closing, do yourself a favor, if this tour lands in your town, go witness the master of Boogie Rock and Blues, a true artist that has been blowing back the hair of fans for the past 45 years, one thing is for sure, saying George Thorogood is Bad To The Bone, is the understatement of the year, but the ticket and go to the show, I promise you, you won’t be sorry.

Rock Party
Who Do You Love
Shot Down
Night Time
I Drink Alone
One Bourbon, One Scotch, One Beer
Gear Jammer
Get A Haircut
Bad To The Bone
Twenty Dollar Gig
Move It On Over

Encore-
Born To Be Bad.