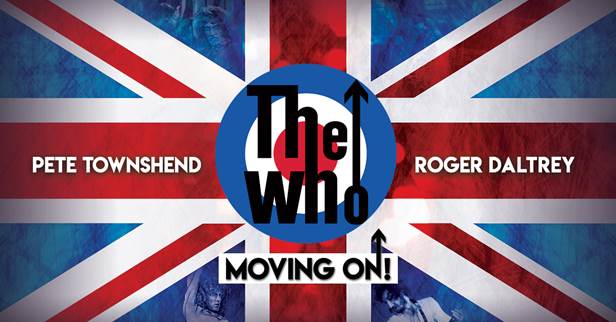 THE WHO ANNOUNCE 2019 NORTH AMERICAN MOVING ON! TOUR

THE WHO ANNOUNCE 2019 NORTH AMERICAN MOVING ON! TOUR

The band will share the stage with orchestras at marquee venues including Fenway Park, Madison Square Garden and Hollywood Bowl

Coming to American Airlines Center on Friday, September 27, 2019
Tickets On Sale Thursday, January 24 at 10AM
Buy Tickets at LiveNation.com

For WHO fans everywhere, the announcement of a brand new tour means only one thing: the world’s most untameable rock band is about to deliver the goods once again. Never ones for nostalgia, singer Roger Daltrey and guitarist and songwriter Pete Townshend will be unleashing the combustible force that is The Who, with symphonic accompaniment this summer and fall in 2019. Produced by Live Nation, The Who’s North American MOVING ON! TOUR will bring their indelible brand of powerhouse rock to 29 cities beginning in May (see tour itinerary below). The kickoff date is May 7 in Grand Rapids, MI with the band wrapping up the first leg of the tour June 1 in Toronto, ON. A much-anticipated series of fall dates will launch on September 6 in St. Paul, MN and conclude on October 23 in Edmonton, AB. Tickets go on sale to the general public beginning Friday, January 18, tickets for the Dallas show go on sale to the public Thursday, January 24 at 10:00 a.m. Buy tickets at LiveNation.com.

The Who will also be releasing their first album of new songs in thirteen years later this year. On stage, the line-up will be rounded out by familiar Who players featuring guitarist/backup singer Simon Townshend, keyboardist Loren Gold, bassist Jon Button and drummer Zak Starkey, and complemented by some of the best orchestras in the U.S. and Canada. 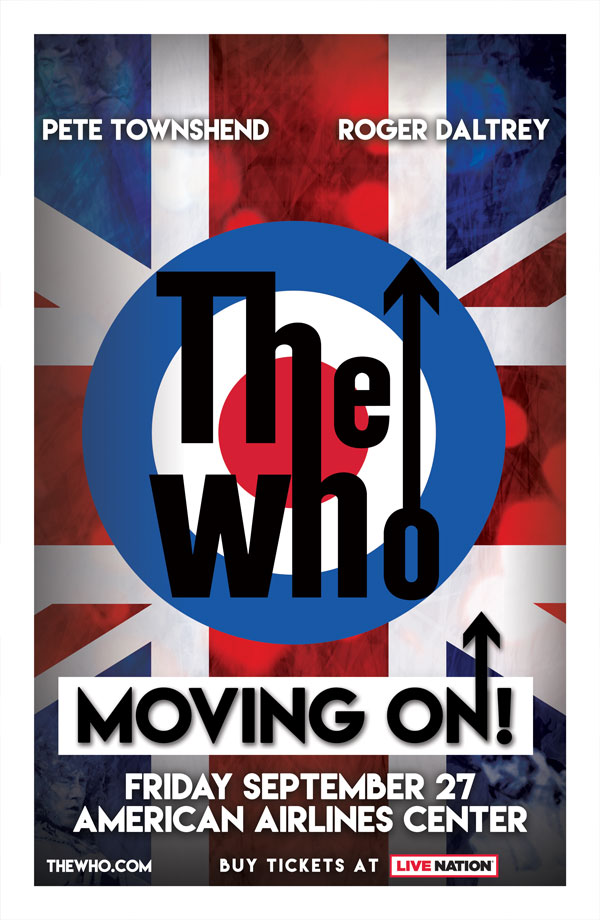 The Who’s fan club presale starts Wednesday, January 16 at 10am local time and runs through Thursday, January 17 at 10pm local time. Every pair of tickets purchased online includes a redeemable code for a CD copy of The Who’s forthcoming album when it’s released. This offer is available to US and Canada customers only and not valid for tickets purchased via resale. In addition, $1 from each ticket sold for the MOVING ON! TOUR will benefit Teen Cancer America (www.teencanceramerica.org.)

The tour is their first return to the states since their 2017 Las Vegas residency. That same year they did a limited run of shows following 2016’s rescheduled leg of their acclaimed 50th anniversary celebration. The band also drew praise for their extended 2012-2013 North American run, a 36 city Quadrophenia tour with the band performing their 1973 rock opera in its entirety.

Commented Roger Daltrey: “Be aware Who fans! Just because it’s The Who with an orchestra, in no way will it compromise the way Pete and I deliver our music. This will be full throttle Who with horns and bells on.”

In 2008, they became the first rock band ever to be awarded the prestigious Kennedy Center Honors. The Who has performed all over the world including global music events for the Super Bowl XLIV Halftime Show in 2010 and closing the London 2012 Summer Olympics. The Who continued their charity work by playing a concert in January 2011 to raise money for trials of a new cancer treatment called PDT. In December 2012 they performed at the Hurricane Sandy Benefit in New York. In January 2014 they played a set on the U.S. television special to support the charity Stand Up To Cancer. In November 2012 Daltrey, with Townshend at his side, launched Teen Cancer America. The charity is now established in the USA, with offices in Los Angeles and devoted Teen Cancer units being opened in hospitals all over the U.S. TCA’s work has impacted over 5,000 young people and their families nationwide during the last six years.