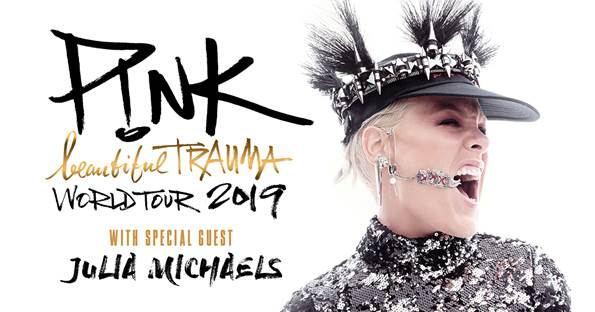 Produced by Live Nation, the critically acclaimed tour has been lauded by fans and critics alike for P!NK’s spectacular physicality and powerful vocals. The trek resumes on March 1, 2019 in Fort Lauderdale, FL, and will make stops in Nashville, New Orleans, San Antonio, Los Angeles, and many more before wrapping on May 21, 2019 at Madison Square Garden in New York City.

Additionally, due to unprecedented demand, the Beautiful Trauma World Tour is adding two California dates for fans to experience her showstopping performance. P!NK and special guest Julia Michaels will visit the Honda Center in Anaheim on April 13 and STAPLES Center on April 15. 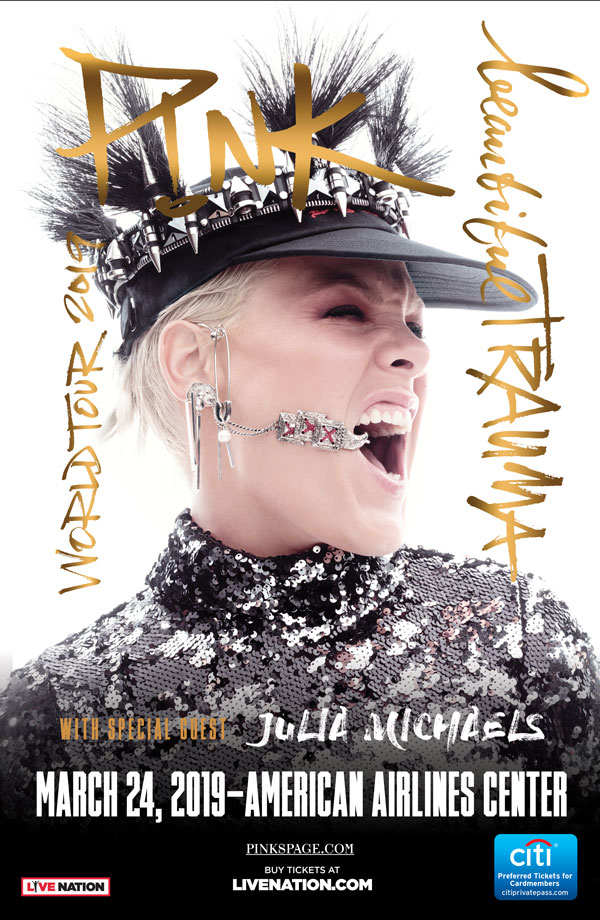 U.S. and Canadian residents who purchase tickets online will be able to redeem (1) physical copy of P!NK’s new album “Beautiful Trauma”. All albums must be redeemed by the end of the tour in May 2019.

Already one of the most celebrated songwriters in the music industry, Michaels leapt into the spotlight as a solo artist in 2015 with her triple-platinum selling debut single “Issues.” She went on to be nominated for multiple GRAMMY®Awards in 2018 including “Best New Artist” and “Song of the Year” for “Issues” which has garnered over 1 billion streams worldwide. Prior to becoming a popstar in her own write, Michaels co-wrote smash hits including Justin Bieber’s “Sorry,” Nick Jonas ft. Tove Lo’s “Close,” Selena Gomez’s “Hands To Myself,” and countless others.