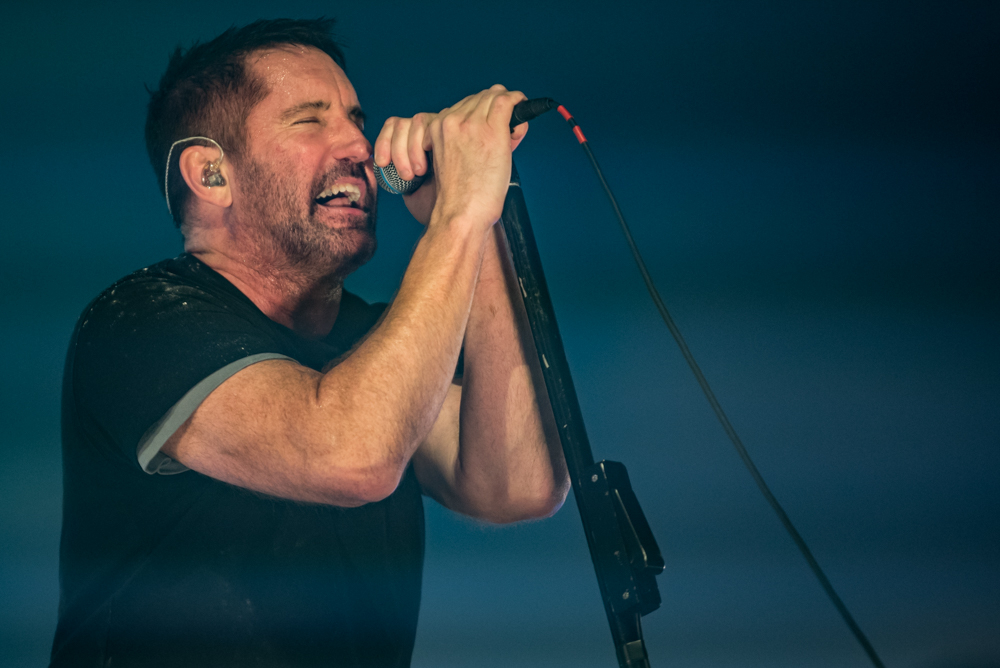 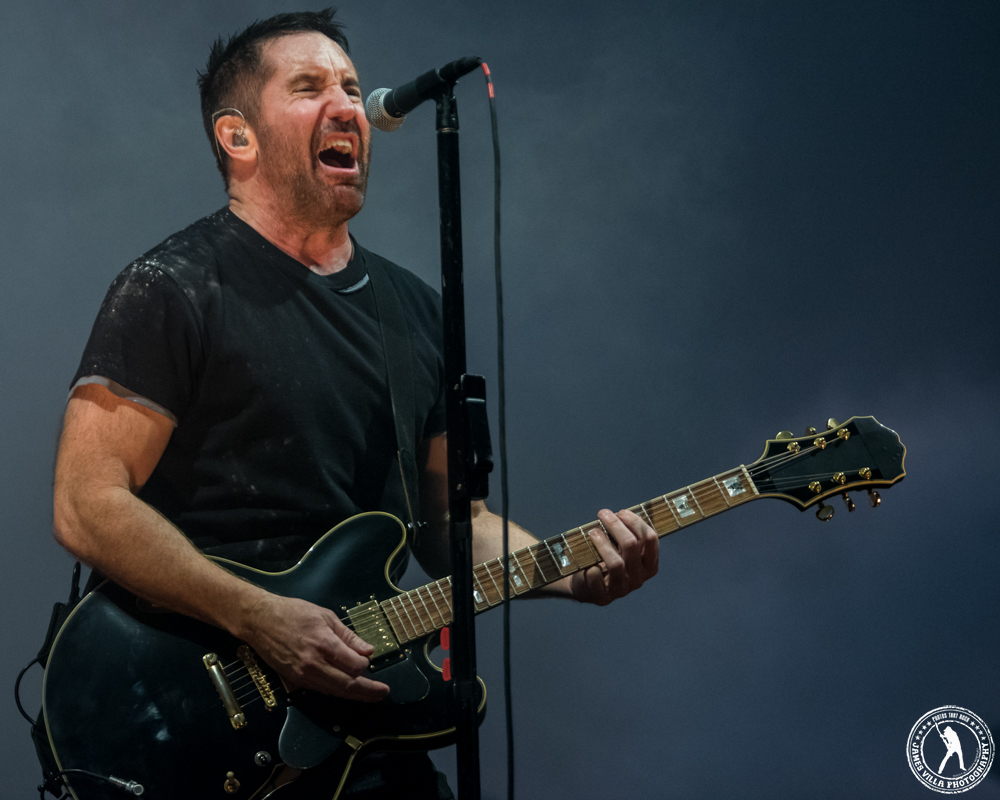 Trent Reznor and Nine Inch Nails tore the roof off the Toyota Music Factory in Irving Tuesday night. Day one of their two sold-out shows proved to be an all-out assault of the senses.

Kicking things off with “Mr. Self Destruct”, they forced the crowd into a frenzy and commanded immediate attention. It amazes me how Trent Reznor delves into moods and melodies with furious curiosity, bending and breaking the music until it’s final existence is delivered in true form.

“March of the Pigs” and “The Perfect Drug” launched the audience into a flashback of memories that have sustained years of uninterrupted bliss.

Every song has Passion, fury, anger, and sadness, yet they are all unique and special to every individual.

“Copy of A” was a magnificent display of showmanship with the backdrop casting fevered shadows moving across the eyes of thousands. The magical seconds they create with their songs as they are rolling like a freight train hard and heavy, then slam on the brakes and crash into a beautiful moment.

Concluding their set with “Hurt”, fans sang along in unison and ended the night with whispers of “one of the greatest shows I’ve seen”!

Mr. Self Destruct
Wish
Less Than
March of the Pigs
The Lovers
This Isn’t the Place
Reptile
The Perfect Drug
Shit Mirror
Ahead of Ourselves
God Break Down the Door
Copy of A
Gave Up
I’m Afraid of Americans (David Bowie cover)
1,000,000
The Hand That Feeds
Head Like a Hole

All the Love in the World
Over and Out
Hurt