Along With Ab-Soul, SiR And Lance Skiiiwalker Slated To Perform On The Highly Anticipated Group Tour!

COMING TO STARPLEX PAVILION ON MAY 17
Tickets On Sale To General Public Starting Friday, January 26 at 12PM at LiveNation.com

Today, Top Dawg Entertainment announces “TDE: THE CHAMPIONSHIP TOUR” complete with the label’s all-star roster including Kendrick Lamar, SZA, ScHoolboy Q, Jay Rock, Ab-Soul, SiR, Lance Skiiiwalker and more to be announced. The North American tour, produced by Live Nation, will kick off May 4 in Vancouver, BC and make stops across Los Angeles, Dallas, Atlanta, New York and more, before wrapping June 16 in Pittsburgh, PA. Complete itinerary and details below. 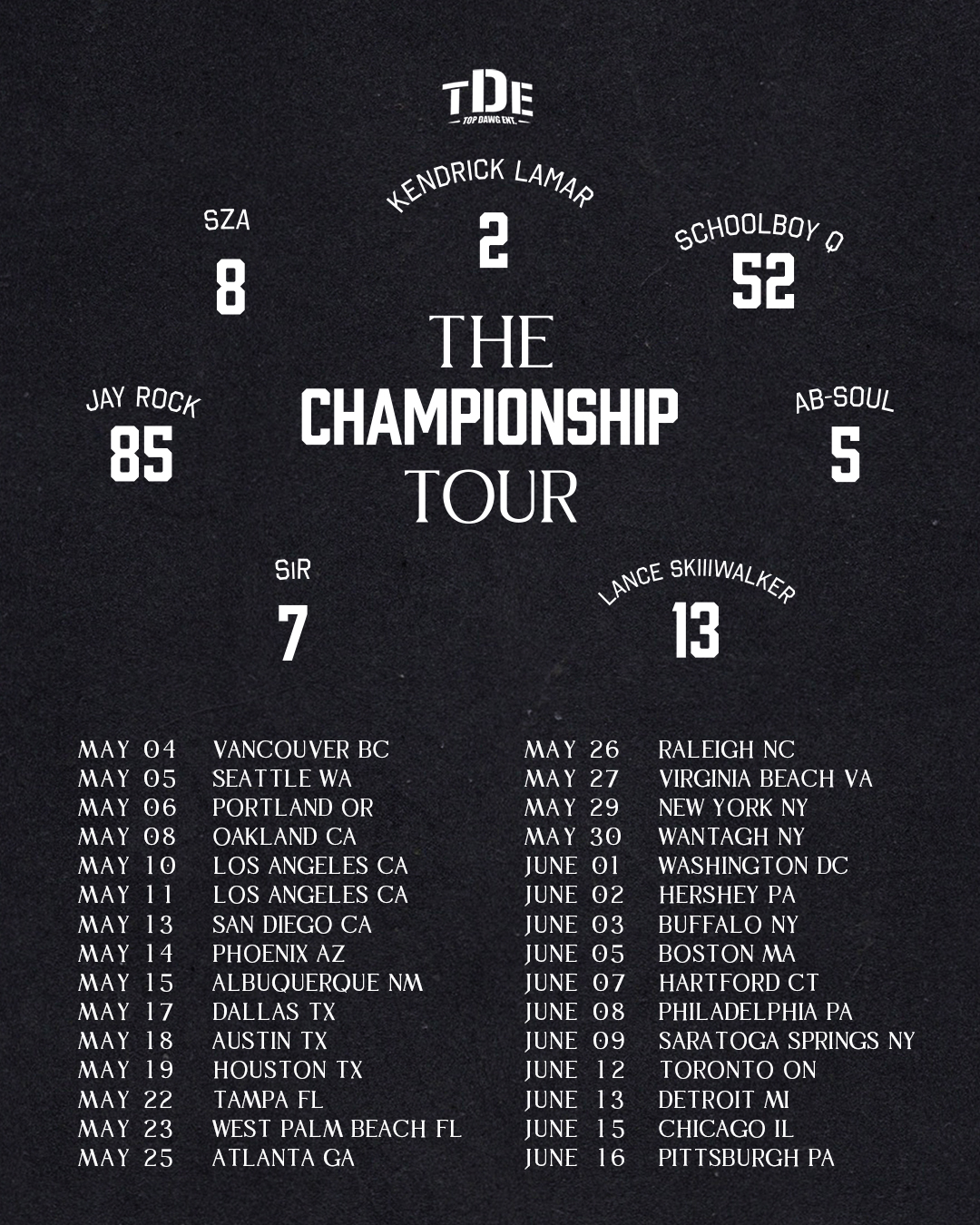