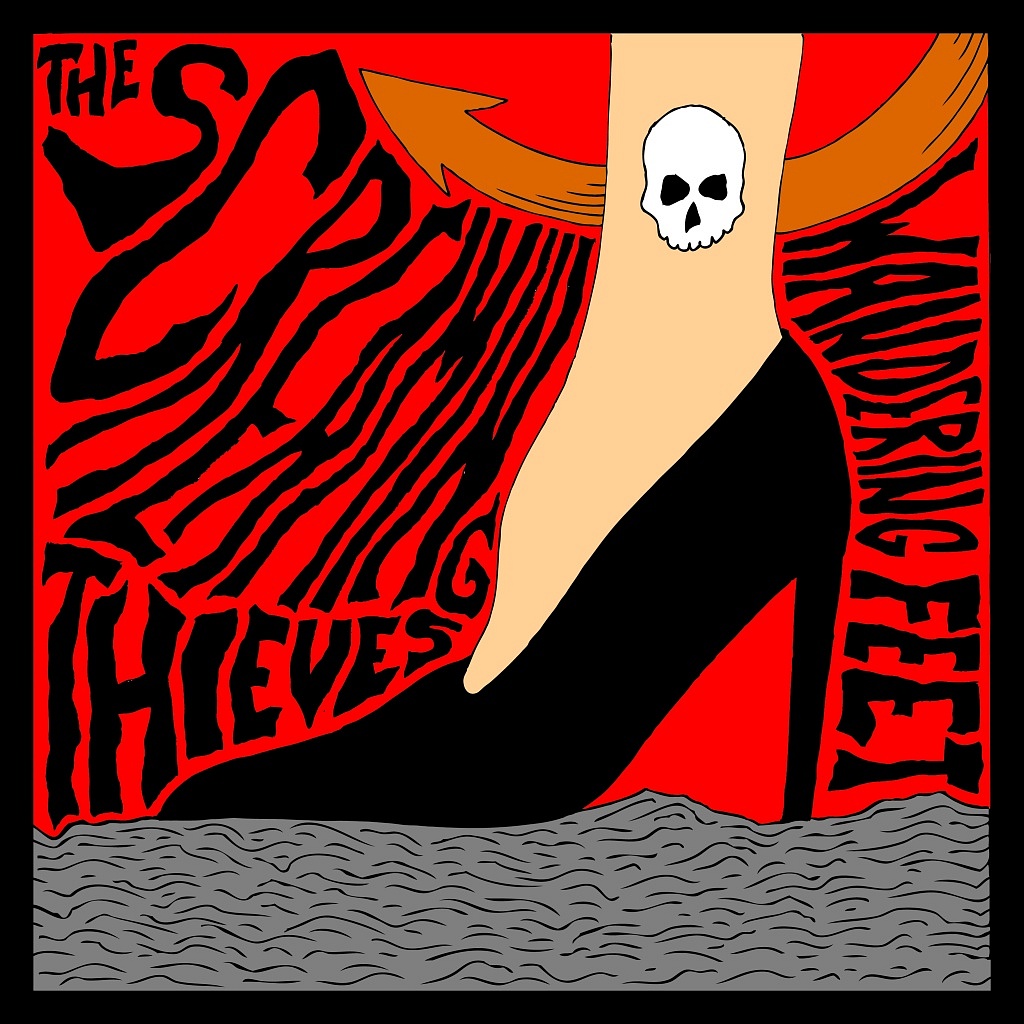 Brandon Callies’ rock-and-roll alter ego, Screaming Thieves releasing a new single “Wandering Feet” today. The single is a painfully honest account of a recurring character in the singer’s life. Exploring darker, brooding themes, the single focuses on “the girl that’s hell-bent on bringing down everyone around her,” said Callies.

The Screaming Thieves embrace a harder sound than that of his Americana-rock group The American Revival. It’s a band of hooligans, ruffians, heathens, and ne’er do wells that were formed in early 2014. The group’s third album “Eagle Eye” serves as the group’s third release after their EP, “Demo,” and LP “Hooligans, Heathens, and Crafty Devils.”