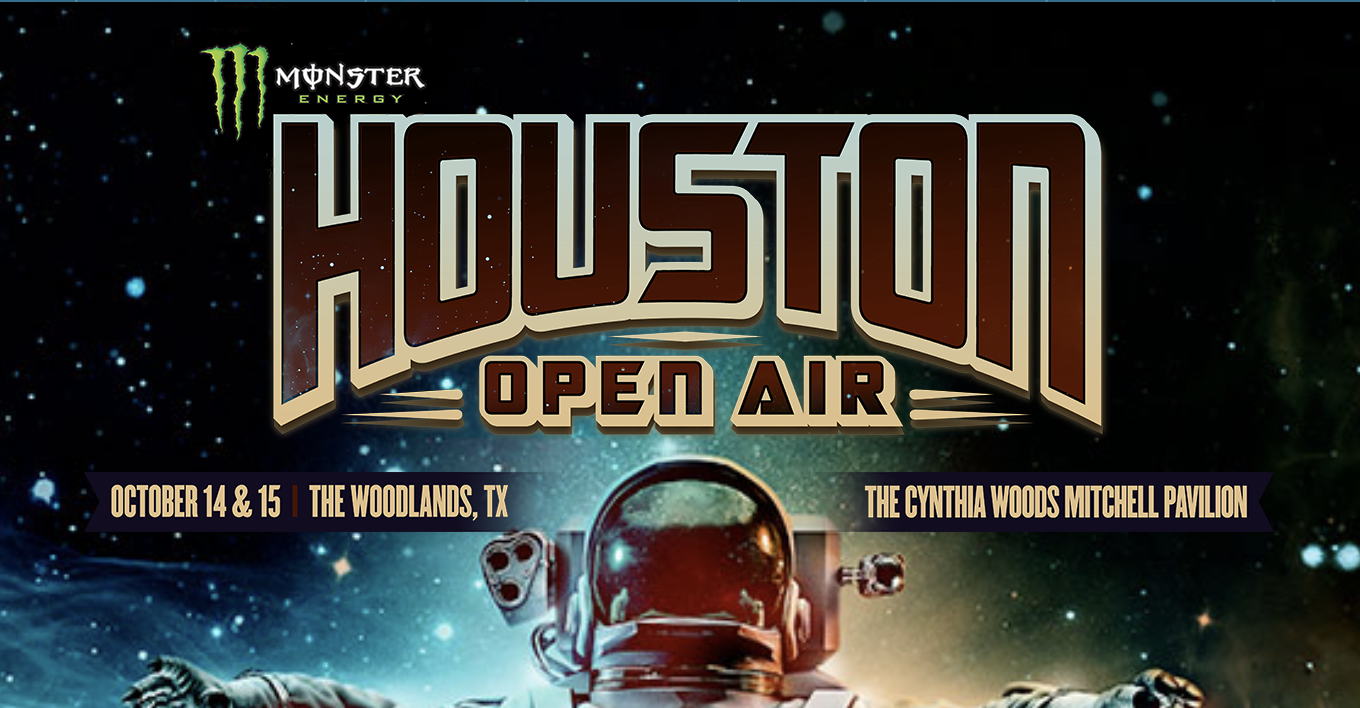 AT THE CYNTHIA WOODS MITCHELL PAVILION IN THE WOODLANDS, TX 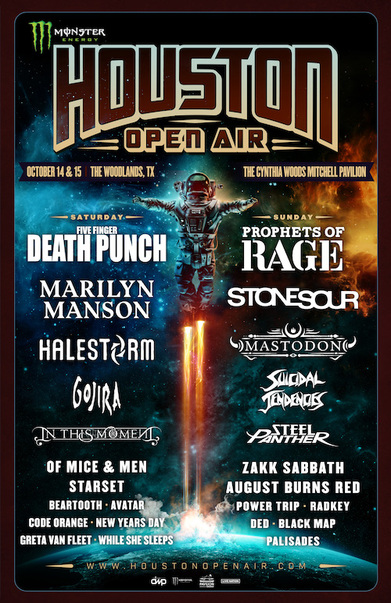 A hard-hitting music lineup has been announced for Monster Energy Houston Open Air–Texas’s biggest rock experience–Saturday, October 14 and Sunday, October 15 at The Cynthia Woods Mitchell Pavilion presented by Huntsman in The Woodlands, TX.

Tickets go on sale Friday, June 16 at 10:00 AM CT at www.HoustonOpenAir.com, www.LiveNation.com and www.Ticketmaster.com. See below for details.

Zoltan Bathory, guitarist of Five Finger Death Punch said, “Every time we’ve played Houston it’s always been a great time. There are a lot of rock and metal fans there and we’ve always had massive crowds. So it was just a question of time for the city to get its own big Rock Festival. We are glad to see that it finally happened and are honored to be a part of it.”

The current music lineup for Monster Energy Houston Open Air is as follows:

Danny Wimmer, founder of Danny Wimmer Presents says, “After a tough year, with nearby lightning creating challenges for Houston Open Air 2016, we’re excited to return to the Houston area this year. As we said then – and reaffirm now – we’re committed to building an incredible rock show for the Houston rock community. It’s not our preference to stop a show, or inconvenience anyone by having them seek shelter or leave the facility, but we take dangerous weather conditions very seriously and will not compromise anyone’s safety. Looking forward to bringing the rock back to Texas!”

Jason Rio, President of Live Nation Houston, says, “Houston is a great Rock City and Open Air is a great Rock Festival. We are proud to be partnering with such a well-respected company as DWP, along with our friends at CWMP and 94.5 The Buzz to bring the 2017 Houston Open Air festival to the Woodlands.”

Single day and weekend tickets for Monster Energy Houston Open Air will be available at www.HoustonOpenAir.com starting on Friday, June 16 at 10:00 AM CT. Fans are encouraged to buy early and save, as ticket prices will increase in the coming weeks.

Each VIP upgrade pass includes access to The VIP Lounge (located in the Event Center) which features air conditioning, a live video stream of main stage performances, VIP-only restrooms, and dedicated concessions (for additional purchase); a VIP-only entrance into the venue; and a commemorativeHouston Open Air laminate.

Discounted online hotel rates will be available through Curadora. Visit www.HoustonOpenAir.com for details.

Here are the preliminary lists of Monster Energy Houston Open Air partner experiences, as well as food options, with more to be announced: