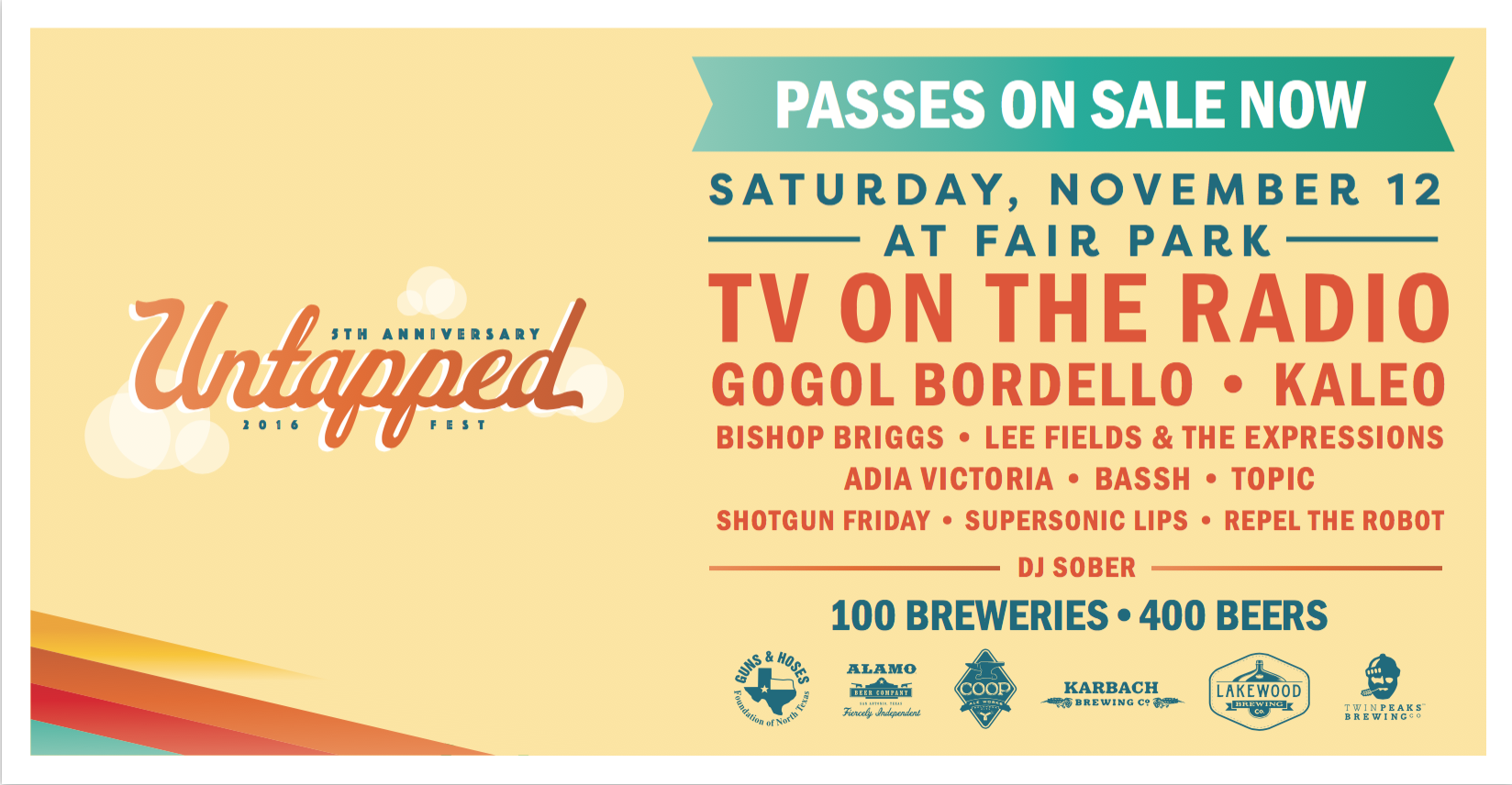 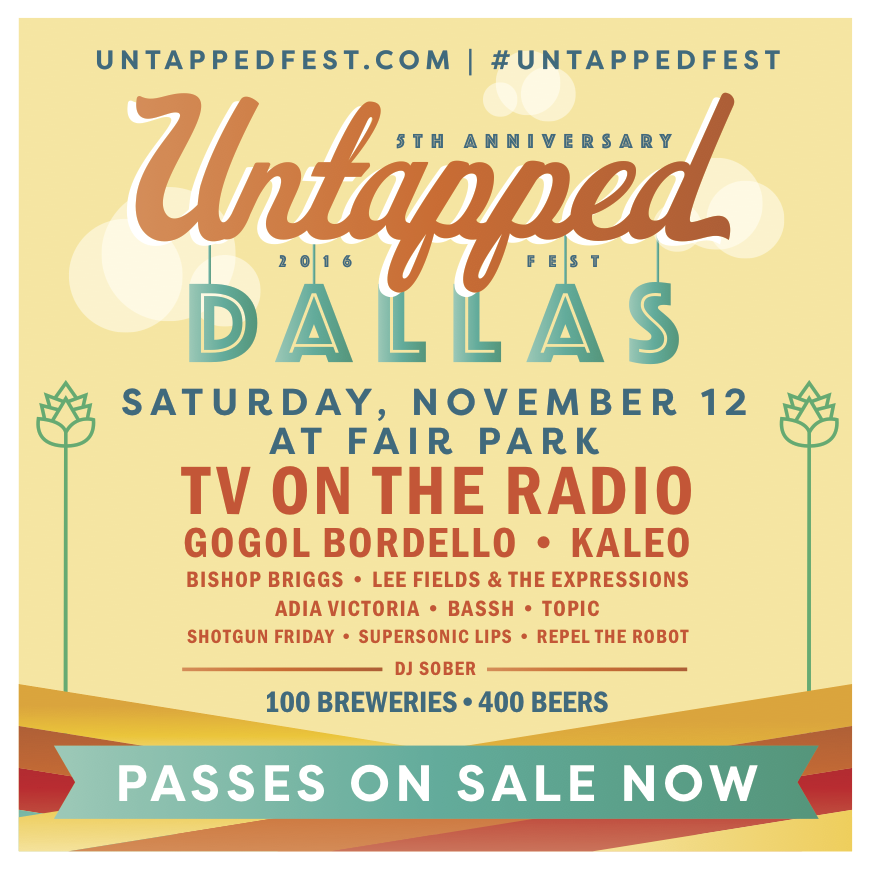 Dallas, Texas (November 3, 2016) – Untapped Festival organizers are pleased to announce the massive 2016 beer list including over 400 craft beers on tap at the 5th Annual Untapped Fest in Dallas on Saturday, November 12 at Fair Park. Untapped Festival, Texas’ hugely popular craft beer and music festival, will celebrates 5 years in Dallas with the best beer list organizers have assembled to date. This thoughtfully curated list includes 55 IPA/Imperial IPAs, 30 barrel-aged beers, 30 stouts, 20 wild ales and many beers that are extremely limited and/or rarely seen outside of the brewery. To view beer list visit the Untapped Dallas website.

“Dallas is our flagship event which means more breweries and, of course, more beer,” say co-founder, Corey Pond. “Being our 5th anniversary in Dallas, we’re excited to put forth one of our biggest and best beer lists yet!” he adds.

In addition to the 400 beers available, Untapped is proud to introduce, The Cellar, presented by Boulevard Brewing and Brewery Ommegang, which is an intimate, one-of-a-kind experience giving VIP/Stout ticket holders the opportunity to purchase a special ticket for access to beers never before available in North Texas and the chance to have up close conversations with Boulevard’s Brewmaster Steven Pauwels and Brewery Ambassador Jeremy Danner in a private tent as they tap six rare barrel-aged beers from their great breweries. Cellar ticket holders will have access to the Beer Patio with picnic tables, games, special beers and will receive a commemorative tasting glass. For more information and to purchase a special “add-on” ticket visit the Untapped Dallas website.

“As we celebrate our 5th year of the festival in Dallas, and after 16 other event editions, this celebration is beginning to look like the festival we dreamed Untapped would become.  Our best is still yet to come, but Untapped Dallas is going to be the pinnacle of our experience to date.  The bands, beers and overall atmosphere will dwarf anything we previously accomplished!”

To soak up the suds, festival-goers can snack on delicious food from local restaurants such as, The Flying Saucer, Grub Burger Bar, OneNinety Meats, Twin Peaks and much more.

Untapped Festival will once again offer its popular VIP “Stout Package” to Dallas, giving festival-goers access to the Untapped Clubhouse, Lakewood VIP Taproom, early entry, main & side stage viewing, complimentary food from some of Dallas’ popular restaurants, such as BrainDead, The Common Table, Luck Dallas, plus a private bar featuring beer and wine. All Stout ticket holders will also receive a commemorative t-shirt.

General Admission tickets are available for $39. Package details and pricing are featured below. For tickets to Untapped Festival Dallas or for more information visit the Untapped Dallas website.

About Untapped: Now in its fifth year, Untapped Festival is produced by Crowdsource and was founded in Dallas in 2012 by Corey Pond, Matthew Harber and Annette Marin and Lance Yocom of Spune Productions. With over 33,000 attendees across five festivals in 2015, Untapped makes its 2016 return to all five Texas cities, culminating with the 5th anniversary event in Dallas in November. All starting with a love of high-quality, craft beer, and a passion for emerging local and national bands, Untapped Festival continues to deliver its goal of bringing thoughtfully paired music to seasoned beer drinkers, while introducing new and exciting craft beers to discerning music fans.