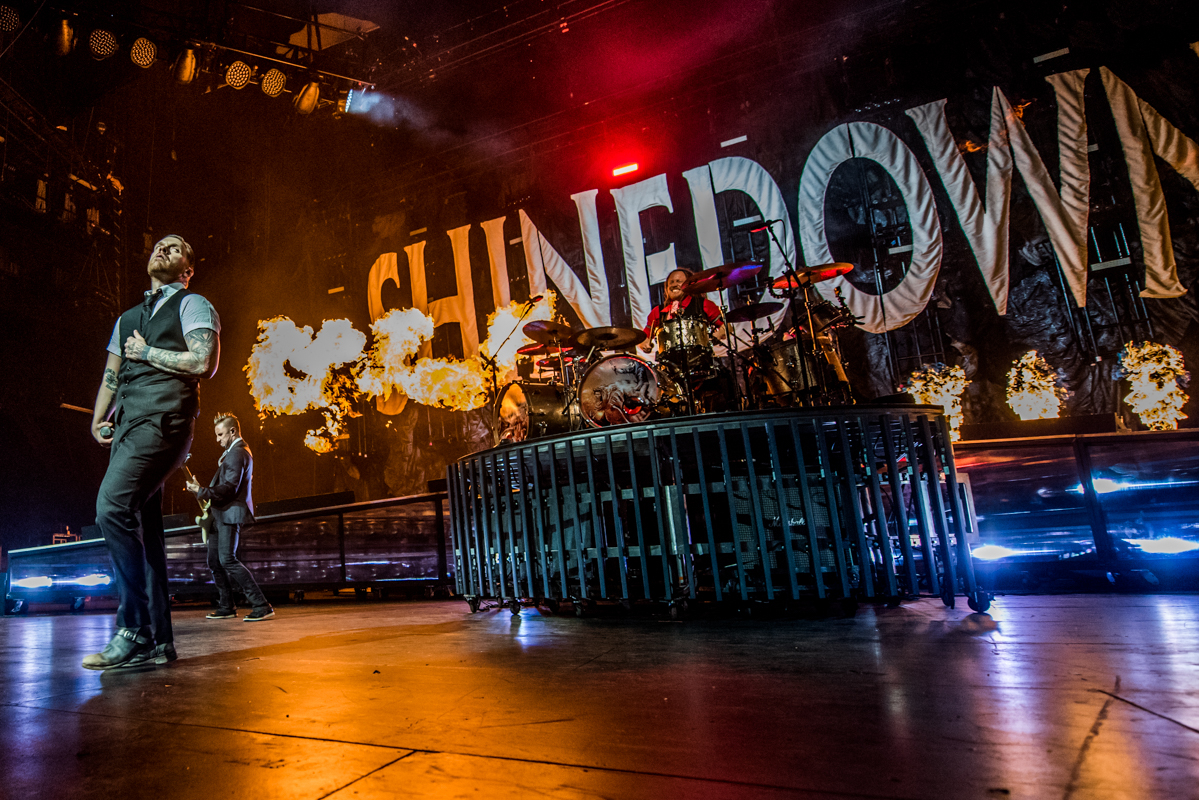 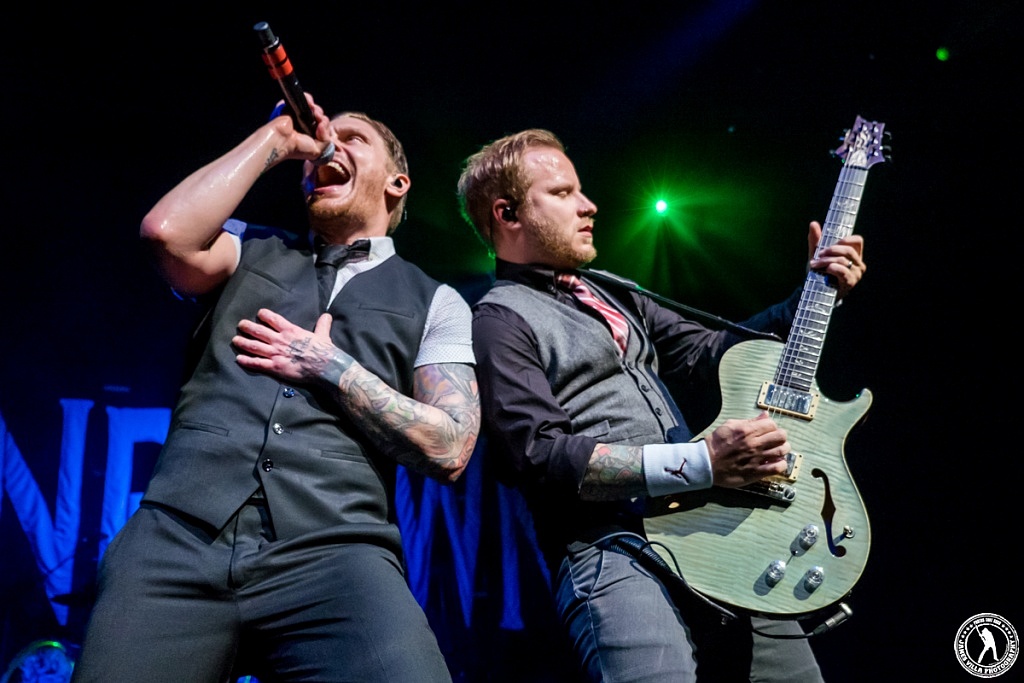 Another October, another Freakers’ Ball, the annual event put on by KEGL (97.1 The Eagle) always being one of the most anticipated events of the fall.

There was no exception this year, as they brought back a few acts that have played other events of theirs in the past, acts that just so happened to be out on the road together now.

It wasn’t all that long ago that Shinedown and SIXX:A.M. had played Dallas, both performing at the stations daylong festival known as BFD back in the summer, though it had been a long two years plus since Five Finger Death Punch was last in town. It was time for that to change on this Wednesday night; Freakers’ Ball happening a little earlier than normal this year so they could get the second night of 5FDP and Shinedown’s co-headline tour to Verizon Theatre in Grand Prairie.

Joining those three bands on this tour was the England-based As Lions, the five-piece rock outfit getting the night off to a good (and early) start, hitting the stage right around six that evening and giving it their all. They worked tirelessly to pump up the attendees that were there, doing a good job of it and getting them ready for what was to come.

What was to come was a no holds barred rock show, things progressively getting a little heavier as the night went on, with SIXX:A.M. having a relatively early set time, hitting the stage around 6:40. That just ensured their fans were there early to make sure they didn’t miss a minute of what was a terrific set. 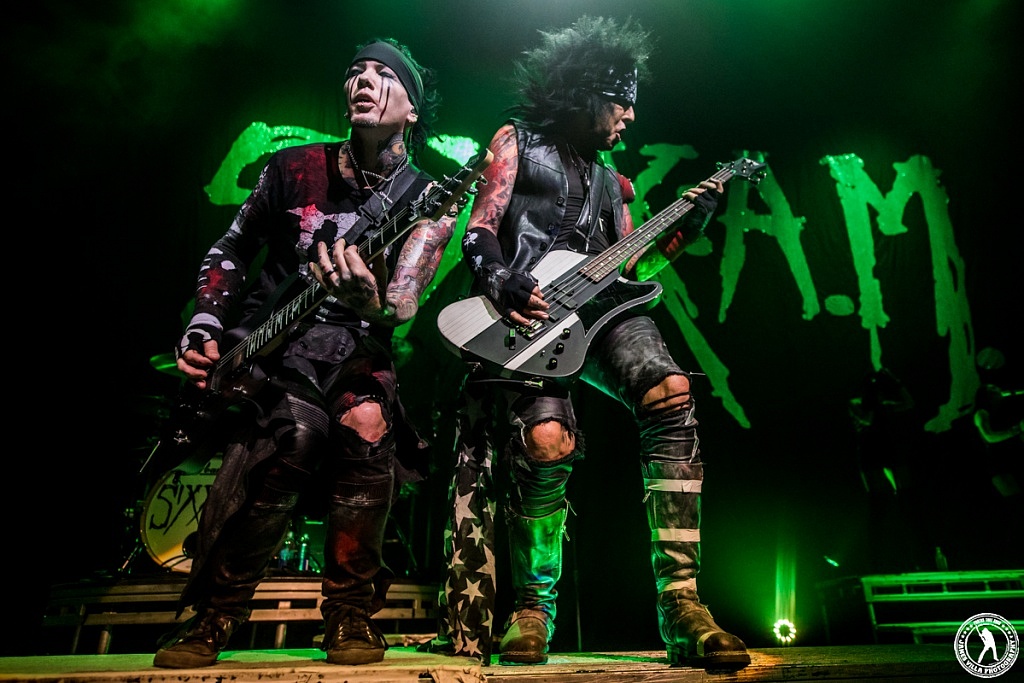 Nikki Sixx, DJ Ashba, and James Michael have had a busy year with their side project turned full-time band, touring extensively and releasing half of their double disc album, with the second half due out next month.

The relentless touring seems to have made them an even tighter group, the core three along with drummer Dustin Steinke and backing vocalists Amber Vanbuskirk and Melissa Harding working their magic on the audience as they unleashed a polished and forceful performance on them.

They had no trouble capturing everyone’s attention as they took everyone through much of their discography, playing a song or two from this album or that, including “We Will Not Go Quietly”, the first single from the forthcoming Prayers for the Blessed.

They breezed through their set time, ending it all with the emotional “Lies of the Beautiful People”, though as brief as their time with North Texas fans was, they made sure it was chocked full of rock. Their anthems were impossible to resist, Sixx, Ashba, Michael and company having that legit rock star look, being both cool as well as a little dangerous in their appearance.

It was hard to believe, but the show was only going to get better from there.

Shinedown and Five Finger Death Punch were doing a true co-headline set, each having a set list comprised of twelve songs. Maybe not as many as some fans would have preferred to have heard, though it allowed for a trimmed performance from both that consisted of only the best material. 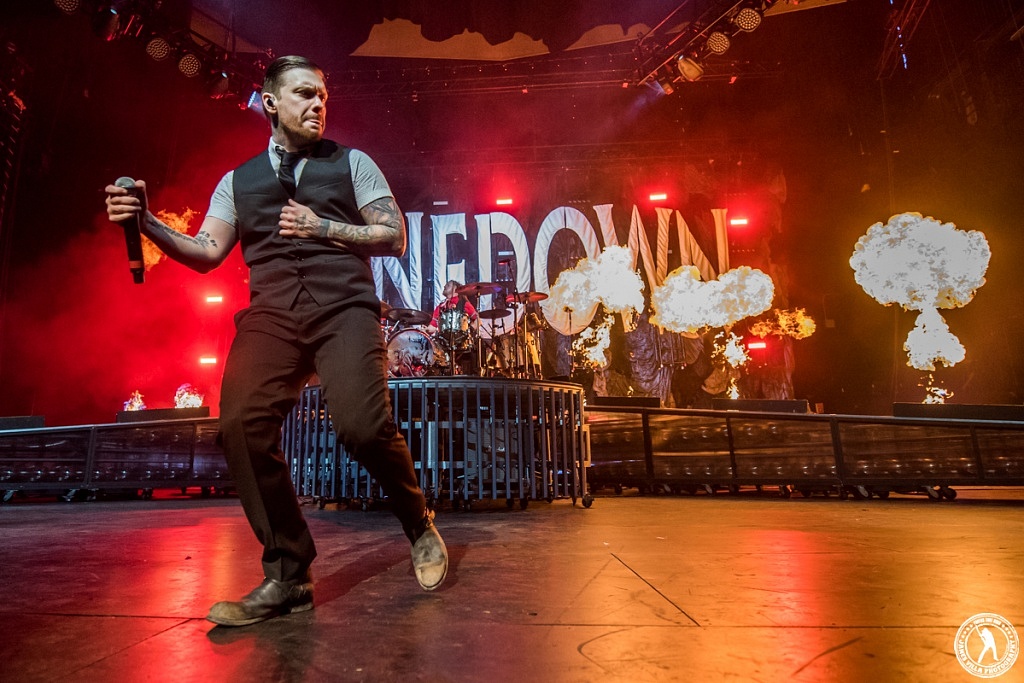 Shinedown got going with a bang (literally and figuratively), “Adrenaline” getting everyone’s blood pumping, before the spectators got a little shock by seeing the band use some pyro along with limited range fireworks that went off from around Barry Kerch’s drum riser.

They made quick work of things, though did take some momentary pauses here and there to encourage everyone to form a bond with one another by shaking the hands of those around them, or like before “Enemies” when Brent Smith requested everyone put their phones away, saying he wanted them to live in the moment and truly experience it.

The best had been saved for last, “Second Chance” and “Cut the Cord” rounding out the main set, and while they did disappear from sight, it didn’t take much coaxing to get them back out for an encore.

From a stripped down rendition of Lynyrd Skynyrd’s “Simple Man” that had the masses singing right along to “Sound of Madness”, they appeased their fan base, delivering the final two songs they were desperately wanting to hear, leaving everyone feeling energized and upbeat.

It was then time for the heaviest act of the night as Five Finger Death Punch made their long-awaited return to D/FW. 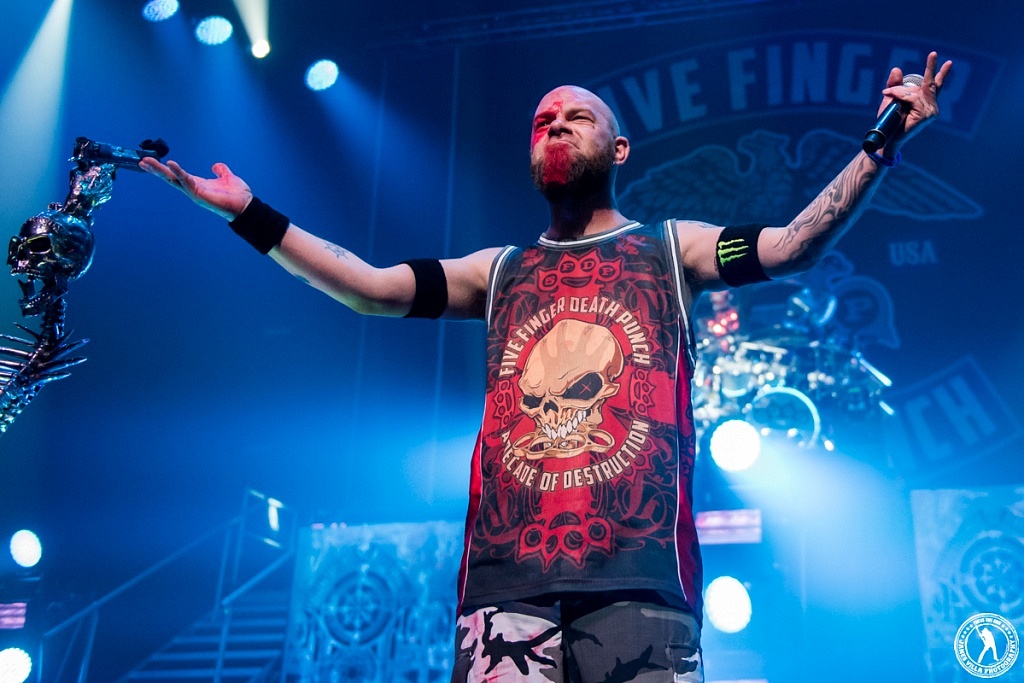 Given the fact that Got Your Six has been out a little over a year now, everything the band did during their 60-minute plus long set was familiar to the fans, though they focused largely on the older material, songs people are more connected with.

They did throw in a good selection of newer cuts though, “Wash It All Away” having the spectators singing along with just a little more enthusiasm than they had the first two numbers.

It was a forceful display the quintet delivered, Ivan Moody walking and stomping about the stage, aggressively singing and screaming but also showing his lighter side as he frequently flashed a grin at fans. There was a shred fest going on between Zoltan Bathory and Jason Hook who demonstrated their mastery over their guitar, as Chris Kael attacked his bass with a fury as he worked his way from one side of the stage to the other. 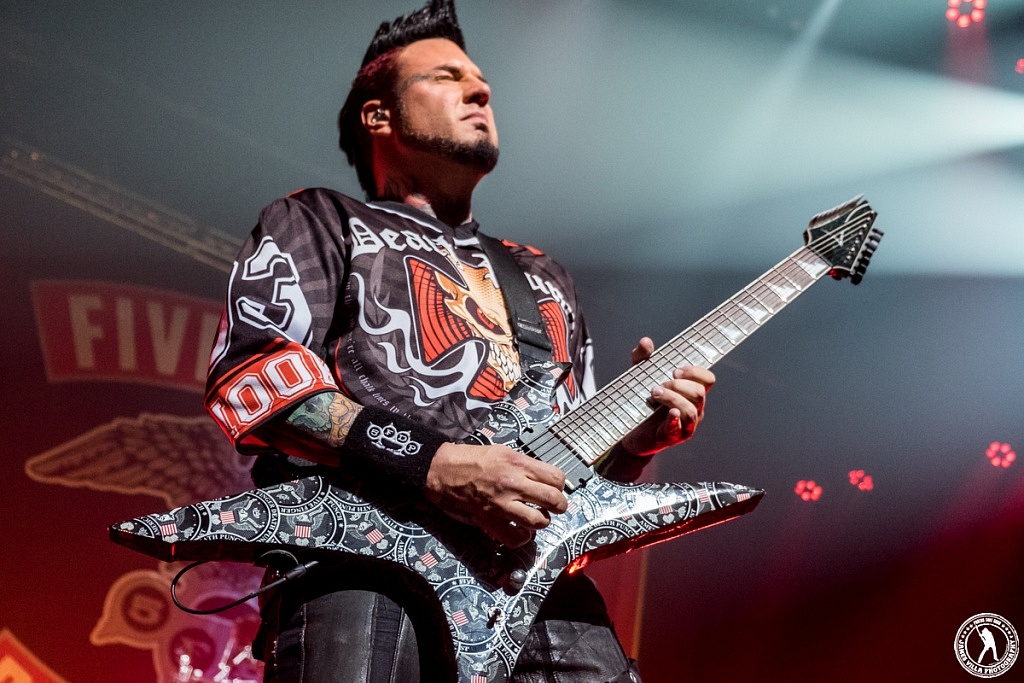 They appeared almost as glad to be back as the fans were to see them once again.

Their cover of Bad Company’s “Bad Company” proved to be a favorite as always, and at the halfway mark Jeremy Spencer took control, having the stage all to himself as he knocked out a striking drum solo from atop the large tower his kit was situated on.

The near capacity crowd was expecting more after witnessing the musicians lave the stage, and they soon emerged under the cover of darkness, closing it all down with “Under and Over It” and the beloved “The Bleeding”.

Would the fans have preferred a little more from 5FDP? Probably, but what a solid and topnotch show it had been, with nothing held back.

That could be said of this Freakers’ Ball in general, each band giving it everything they had. This co-headline run between Five Finger Death Punch and Shinedown is easily one of the best tours happening this fall, and North Texans were grateful it made a stop in their neck of the woods.

For a few hours, as it always does, Freakers’ Ball served as a perfect precursor to Halloween for the hard rock and metal fans of D/FW. From festivities outside of the venue to a host of patrons coming decked out in costume, everyone was in or at least feeling the spirit of the impending holiday. Mix in some killer bands and it’s an event you can’t afford to miss!