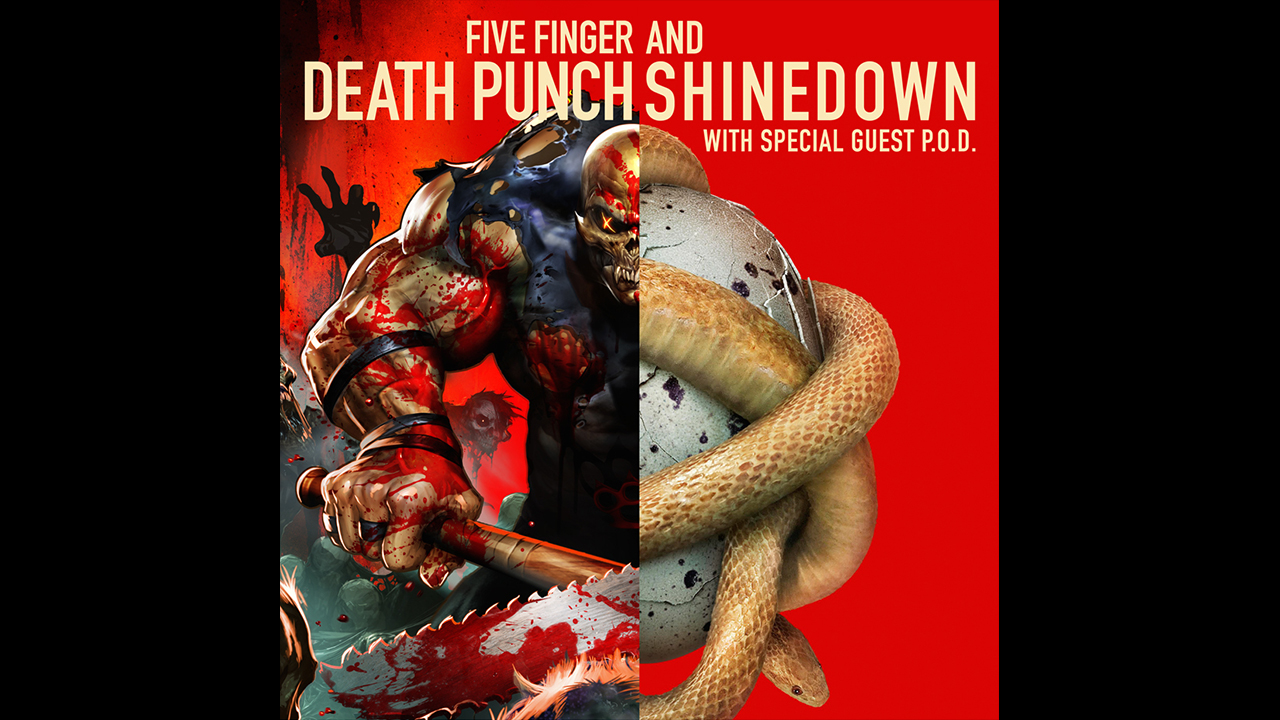 FIVE FINGER DEATH PUNCH will team up with Shinedown for a series of co-headlining shows this May, in conjunction with all of their performances at the biggest U.S. festivals of the year (see below for complete touring schedule including “Rock On The Range” and others).Local pre-sales will start Thursday, February 3 at 10 AM Eastern.  The national public on-sale for the dates with will be Friday, February 4 at 10 AM Eastern. For more info & VIP offerings (beginning Tuesday, February 2) go to  www.Fivefingerdeathpunch.com “Wash It All Away”, the band’s second single from their recently released album, Got Your Six, quickly climbed the Active Rock radio charts and recently went #1. The striking, live performance music video for “Wash It All Away” was shot by iconic music video director Wayne Isham (Metallica, Mötley Crüe). The clip was filmed at the band’s recent headlining show at Mohegan Sun Arena (Uncasville, CT) and showcases their highly visual stage show, and the contagious energy that fuels the thousands of rabid fans in attendance. FIVE FINGER DEATH PUNCH also recently received the prestigious “Soldier Appreciation Award” From The Association of the United States Army. The award was founded in 1950 by the then newly founded AUSA. This was based on having Germany and Europe stationed US troops that had a hard standing in the public. The soldiers had been under hard pressure and so the AUSA founded the Award to honor the organizations and/or people who supported the troops to make their daily life more easy and comfortable.Zoltan Bathory (guitars) states: “The Soldiers Appreciation Award is something very special. The only musician ever to receive this was Elvis Presley. Clearly what we have to say resonates with a lot of veterans and a lot of service members. To know that we are reaching people and touching their lives with our music is very rewarding,  and to me this really is the sole purpose of being a musician — to be able to make a positive impact in somebody’s life.” FIVE FINGER DEATH PUNCH’s highly-acclaimed 6th album, GOT YOUR SIX, hit new heights for the band around the world with its sales debut last September. Chart-topping debuts in US  – #1 on Top Album chart, #1 on Overall Digital Album chart and #1 on the Hard Music Album chart combined with #2 on the Billboard Top 200 for the band’s impressive showing of nearly 115k records sold in the first week of release. This was the first #1 Album for the Las Vegas hard-rockers. Impressive international chart numbers rolled in from around the globe: Australia & Canada (#3), Germany & Sweden (#5), UK (#6) to name a few. Five Finger Death Punch have grown exponentially in in just a few years, racking up 15 consecutive Top 10 Hits, 5 #1 Hits and 5 Gold albums.  With the release of their 2-volumes in 2013, the band had continuous new content with which they outsold the majority of bands in their genre, selling 1.5 million albums over the past 2 years in North America alone.Official Siteshttps://www.facebook.com/fivefingerdeathpunchhttp://www.fivefingerdeathpunch.comhttps://twitter.com/FFDP 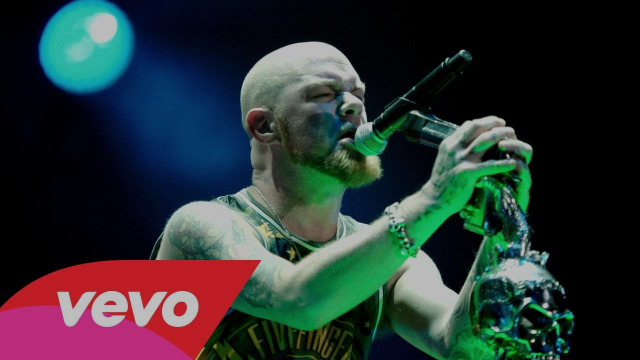 Five Finger Death Punch – “Wash It All Away” Music Video