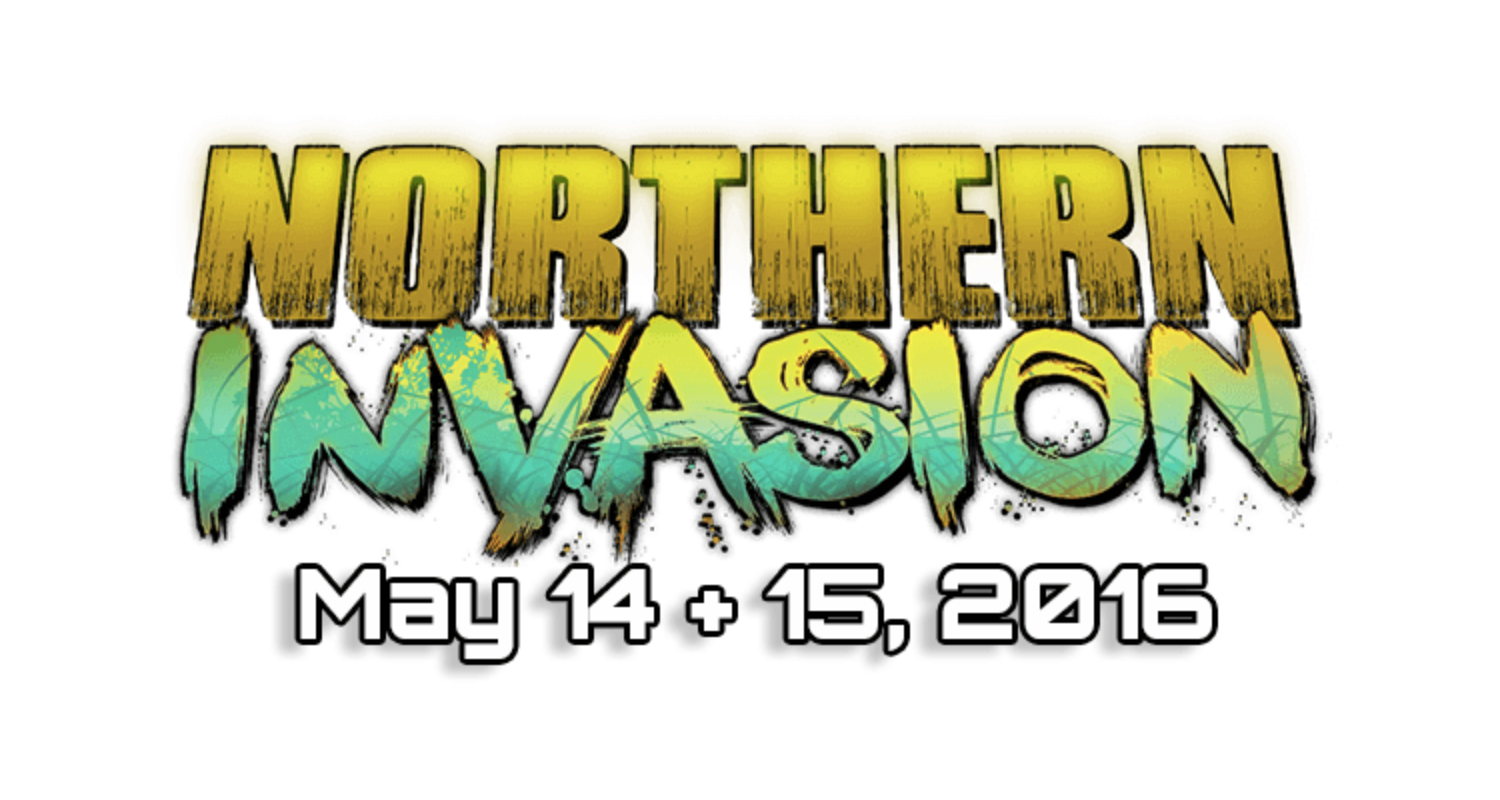 NORTHERN INVASION
ROCK AND CAMPING FESTIVAL EXPANDS TO TWO DAYS
SATURDAY, MAY 14 & SUNDAY, MAY 15
AT SOMERSET AMPHITHEATRE IN SOMERSET, WI

FESTIVAL TO FEATURE PERFORMANCES FROM
DISTURBED, ROB ZOMBIE, KORN, SHINEDOWN, AND MANY MORE 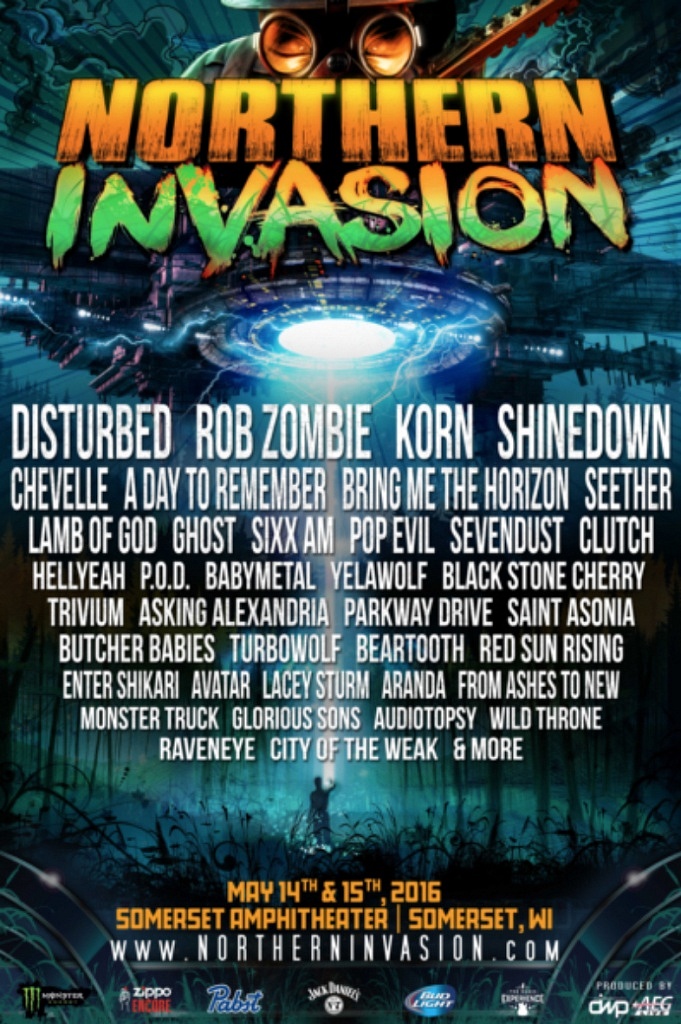 After quickly selling out its inaugural year with 25,000 fans in attendance, Northern Invasion expands to two full days in 2016. Set for Saturday, May 14 and Sunday, May 15 at Somerset Amphitheatre in Somerset, WI, just outside the Twin Cities, Northern Invasion will feature the biggest names in rock on three stages with expanded campgrounds.

“Year one of Northern Invasion was everything we hoped it would be, and then some,” comments Joe Litvag, co-executive producer of the festival for AEG Live. “The incredible rock fans of the upper Midwest came out in full force, and the response was so overwhelmingly positive that we just had to expand! We’ve got two full days in 2016 with over 40 bands, more stages, more camping, new VIP amenities, and an upgraded food experience. This is turning into something really special up North, and we’ve got the loyal rock audience to thank for it.”

Chevelle’s Sam Loeffler says, “We are super excited to play Northern Invasion 2016! Be prepared!! We’re going to rock new Chevelle songs from the upcoming release and, of course, play the fan favorites.”

Northern Invasion specially priced weekend presale tickets will be available starting Tuesday, December 15 at 10:00 AM CST at www.NorthernInvasion.com. Visit the Northern Invasion Facebook and Twitter pages for a password to purchase presale tickets. Fans are encouraged to buy early and save as ticket prices will increase at the public on-sale on Friday, December 18 at 10:00 AM CST.

Hotel and Camping Packages are also available beginning at the presale tomorrow at www.NorthernInvasion.com. All Hotel Packages are for Friday, Saturday and Sunday nights, and are available for 2 or 4 people, with access to the Friday Night Bonfire Party.

The Northern Invasion Camping area will be open from Friday, May 13 at 12:00 PM CDT through Monday, May 16 at 12:00 PM CDT. Camping packages will be sold for spaces on-site as well as adjacent to Somerset Amphitheatre on the Float Rite grounds. Upgrades and camping packages will include access to the Friday Night Bonfire Party. Camping will be available for purchase as either tent camping or RV camping. Pricing and full details can be found at www.NorthernInvasion.com.

Northern Invasion is supported by great corporate partners including Monster Energy, Zippo Encore, Pabst Blue Ribbon, Jack Daniel’s, Bud Light, and The Music Experience. These partners, along with many others, will feature interactive experiences, artist meet & greets, and other unique fan engagement opportunities throughout the festival.

Northern Invasion is produced by Danny Wimmer Presents and AEG Live, and is the newest addition to the World’s Loudest Month concert series, which features the biggest names in rock music performing in eight distinct U.S. concert atmospheres in April and May.

Somerset Amphitheater has been a favorite Midwest music venue since the late ’80s. Located on the Apple River and less than 40 minutes from the Twin Cities, for years it has served as a summer hub for music and camping for those from Minnesota, Wisconsin and beyond.