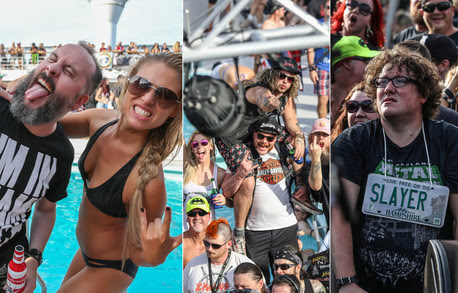 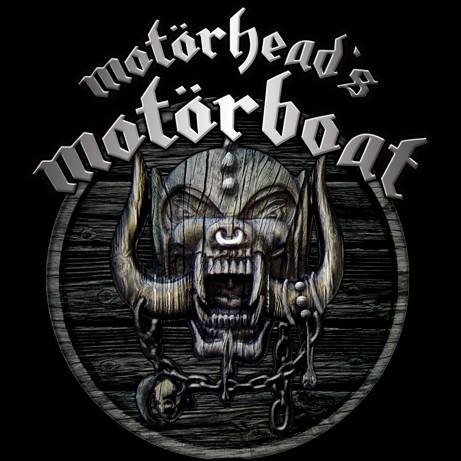 Motörhead’s Motörboat returned for its second voyage – and first on board Norwegian Sky – September 28-October 2, 2015 departing from Port Miami and making stops in Nassau and Great Stirrup Cay in the Bahamas. 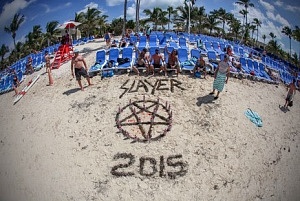 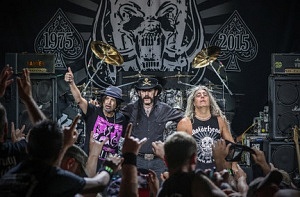 True to their #letsdothisship mantra, Motörboaters packed their week with band meet and greets, a poolside Q&A with Slayer’s Kerry King and Paul Bostaph hosted bySiriusXM’s Jose Mangin, and hijinks on land and sea including the hotly contested Beach Wars captained by Crobot (with members of KYNG and Santa Cruz among those joining the chaos), a pool-draining belly flop competition judged by Charlie Benante of Anthrax and Carla Harvey of Butcher Babies, beer pong, drunk spelling bee, Motörbingo, a Motörboating contest hosted by Jill Janus of Huntress, and more. Early risers staved off hangovers with Heavy Metal Yoga and Java Monster Mornings with Tim “Ripper” Owens, while the all-night crowd rocked out at theme night parties with DJ Lippy Rage and took in The S.D.R. Show with Ralph Sutton, Big Jay Oakerson and a slew of band guests. 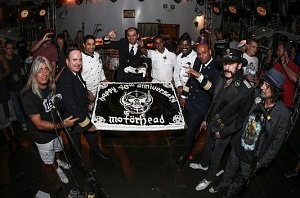 The icing on the cake for what RollingStone.com called “a metalhead’s dream cruise” came on the cruise’s final night, when fans and bands alike joined Lemmy Kilmister, Phil Campbell and Mikkey Dee on the ship’s deck for Motörhead’s 40th Anniversary Bash. The band was presented with a giant cake adorned with the Motörhead logo, and took a few moments to express their appreciation for their diehard fans.