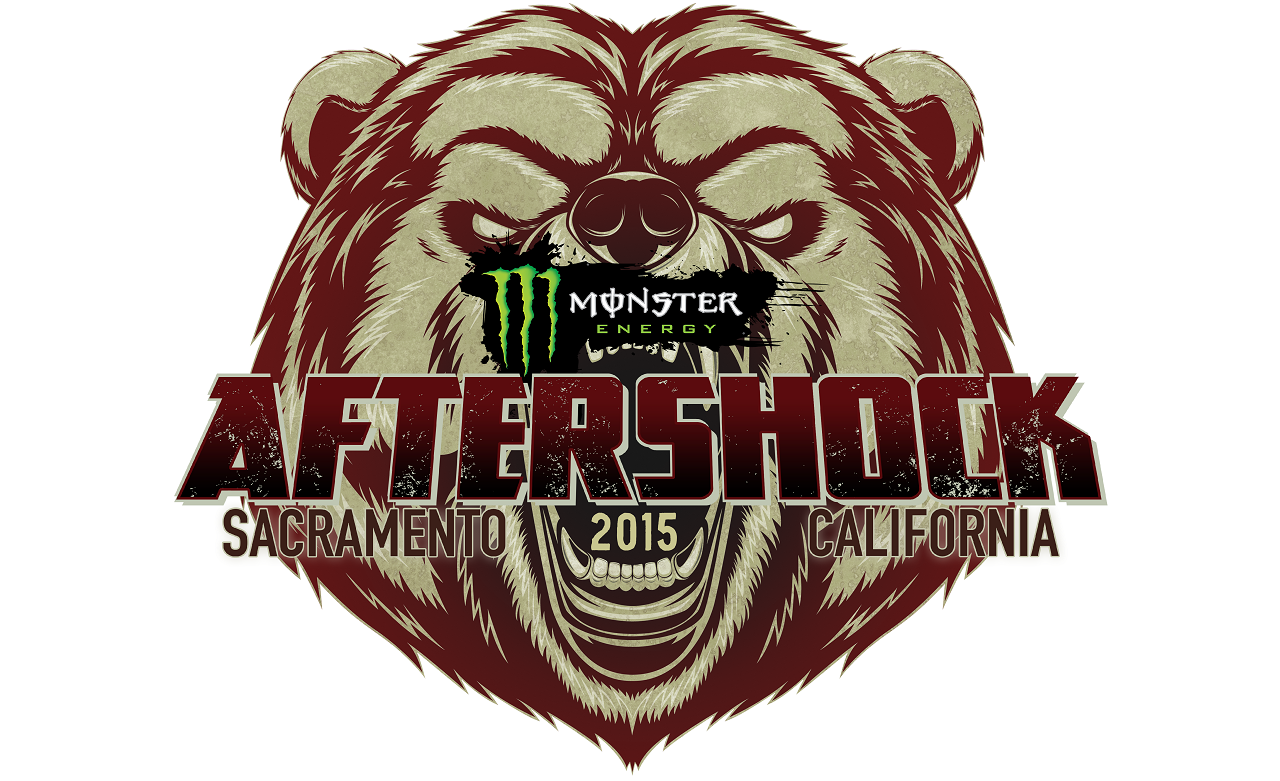 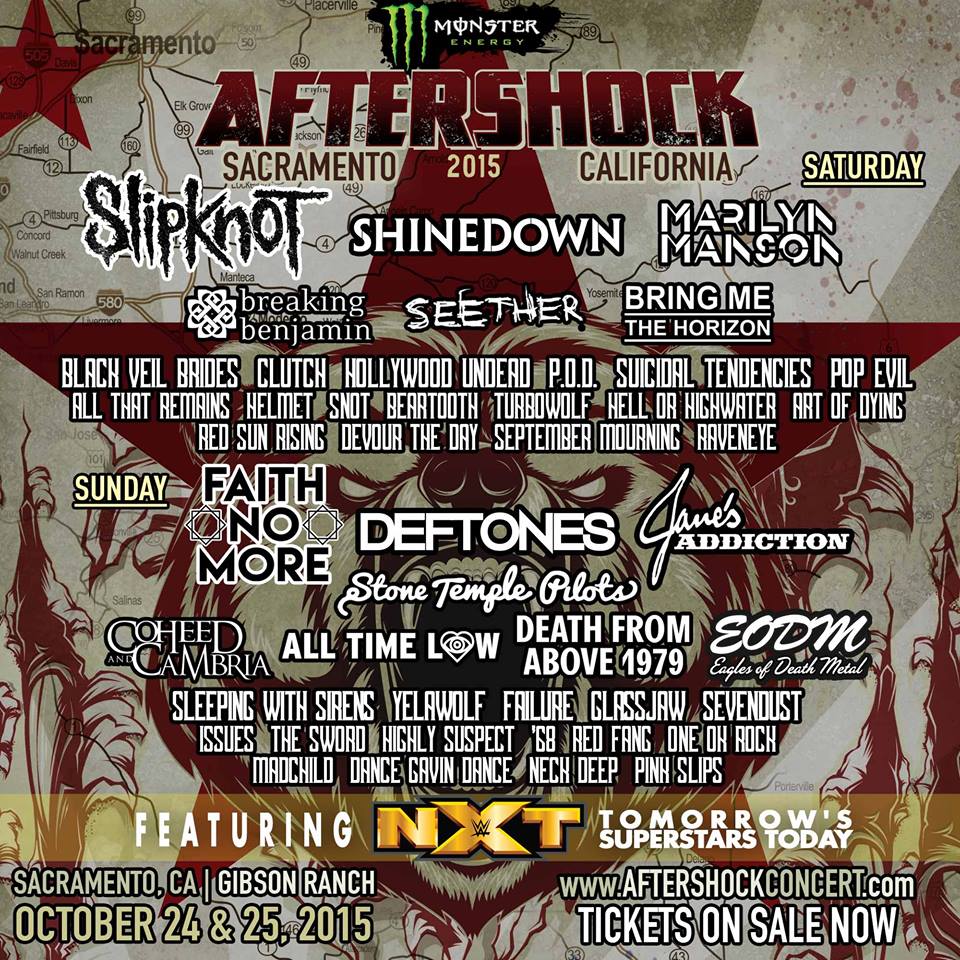 Additional entertainment has been announced for the fourth annual Monster Energy AFTERSHOCK, Saturday, October 24 and Sunday, October 25 at Gibson Ranch near Sacramento, CA. Look for band performance times to be announced next Tuesday, October 13. 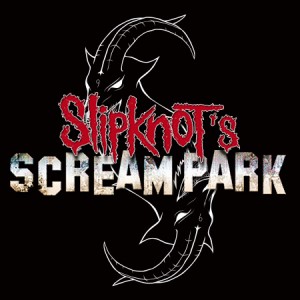 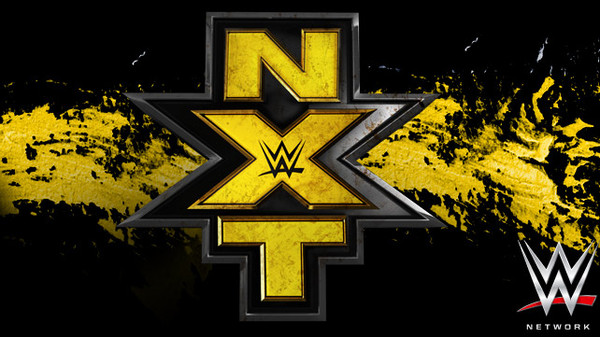 WWE®’s NXT® Superstars: Monster Energy AFTERSHOCK will feature live, in-ring matches with WWE®’s NXT Superstars including Bayley™, Finn Bálor™, Samoa Joe™, Tyler Breeze™, Apollo Crews™, The Vaudevillians™, Enzo Amore™, Colin Cassady™, Carmella™, and more (talent subject to change). NXT is WWE’s developmental division based out of the state-of-the-art WWE Performance Center in Orlando, Florida. Over the past two years, NXT has grown into one of the hottest sports entertainment brands in the world, featuring incredible athleticism and compelling storylines that can be seen every Wednesday night at 8 PM ET on the award-winning WWE Network. 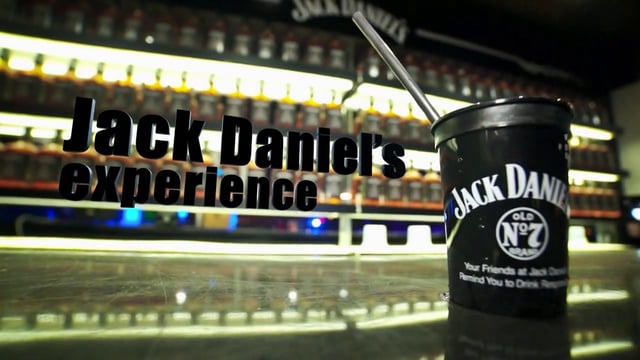 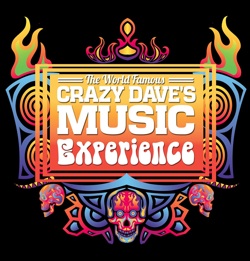 The Crazy Dave’s Music Experience powered by Musicians Institute: The Crazy Dave’s Music Experience is a free, interactive “rock star” exhibit where fans can get hands-on interaction with tons of musical equipment–much of which is used by their favorite artists performing on stage at the show—and attend meet and greets with members of various AFTERSHOCK artists. Participating brands include ESP, LTD, Fender, Takamine, PRS, Jackson, EVH, Gretsch, Charvel, Fender, Michael Kelly, Chauvet, Earthquaker Devices, Guild, Cordoba, Marshall Amps, Marshall Lifestyle, Guitar Grip, Quik Lok, Yamaha, Epiphone, Kramer, Affliction Clothing, Curve Cameras, Sandisk, and Traveler Guitar. The Crazy Dave’s Music Experience will also feature The Student Experience (TSE) for kids enrolled in music programs in the surrounding areas. TSE features a backstage tour for kids to see the inner workings of a festival and all the jobs the music industry has to offer. TSE also offers intimate time with all the instrument manufacturers before the festival opens.

MAKE YOUR MARK Graffiti Zone Presented By Juxtapoz: This interactive graffiti art installation, featuring Los Angeles-based artist Vyal from Risk Rock Studios, will showcase multiple live demonstrations and will allow AFTERSHOCK artists and fans the chance to add to the exhibit. Vyal Reyes began his career as an artist in 1990, when he dedicated himself to using spray paint as his “weapon of choice” to create art. A self-taught artist, Vyal’s work quickly grabbed the attention of fellow graffiti artists as well as galleries in Los Angeles and around the globe. Although his work has evolved, it is still recognizable as his own, with bright colors, refined shading and complex yet simple approaches to his medium and surfaces. His trademark “eyes” always find a way into his pieces. When he is not painting murals or canvases, Vyal teaches aerosol art classes to youth and adults at Self Help Graphics in Boyle Heights, CA, where he has been an artist in residence since 2011. Instagram: @vyalone 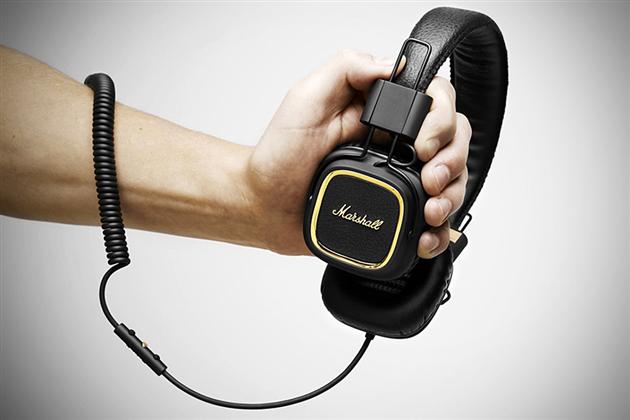 Marshall Headphones: Festival attendees are invited to try Marshall Headphones while they wait to play mini golf. Marshall is a true rock legend. That uniquely clear and expressive sound combined with a mythical stage presence has enraptured music fans around the world for five decades. The legacy began in a small drum shop in Hanwell in the 1960s, where Jim Marshall sought to give a bunch of then-local guitarists the sound they wanted – a sound that was harder, crunchier and more rich. The result was the JTM45, an amp that reverberated with a sound that was much heavier than anything ever heard before. In a twist of rock and roll fate, those guitarists, much like the Marshall name, would go on to revolutionize music forever. 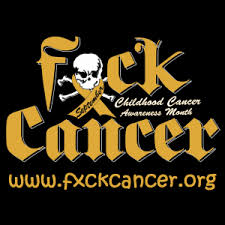 Fxck Cancer: Fxck Cancer’s mission is to fight cancer by raising awareness and to educate about early cancer detection, ultimately putting an end to late stage cancer diagnosis. Fxck Cancer sells softgoods and accessories to benefit the FC Cancer Foundation, a 501(c)(3) non-profit organization, which operates the Dyin 2 Live Dreams program. Their mission is to give those who are currently fighting cancer a one of a kind VIP Experience that can be used as a source of inspiration to bring joy and hope to those needing a brighter day in their darkest hour. The Dyin 2 Live Dream VIP Experience starts with one simple question: “If we could make your dream come true, what would it be?” The fulfillment of a dream creates something magical for the cancer victim when they need encouragement and hope the most. Fxck Cancer is dedicated to making every eligible cancer patient’s dream come true. For more info, please visit: www.FxckCancer.org and www.Dyin2Live.org. Help us spread the word by liking us on Facebook at www.facebook.com/FxckCancerUSA &www.facebook.com/Dyin2LiveDreams. Follow us on Instagram and Twitter at, @FxckCancer & @Dyin2LiveDreams.

Visit www.AFTERSHOCKConcert.com for more information, to view the daily band lineup, and to purchase VIP and General Admission tickets, as well as camping and hotel packages.