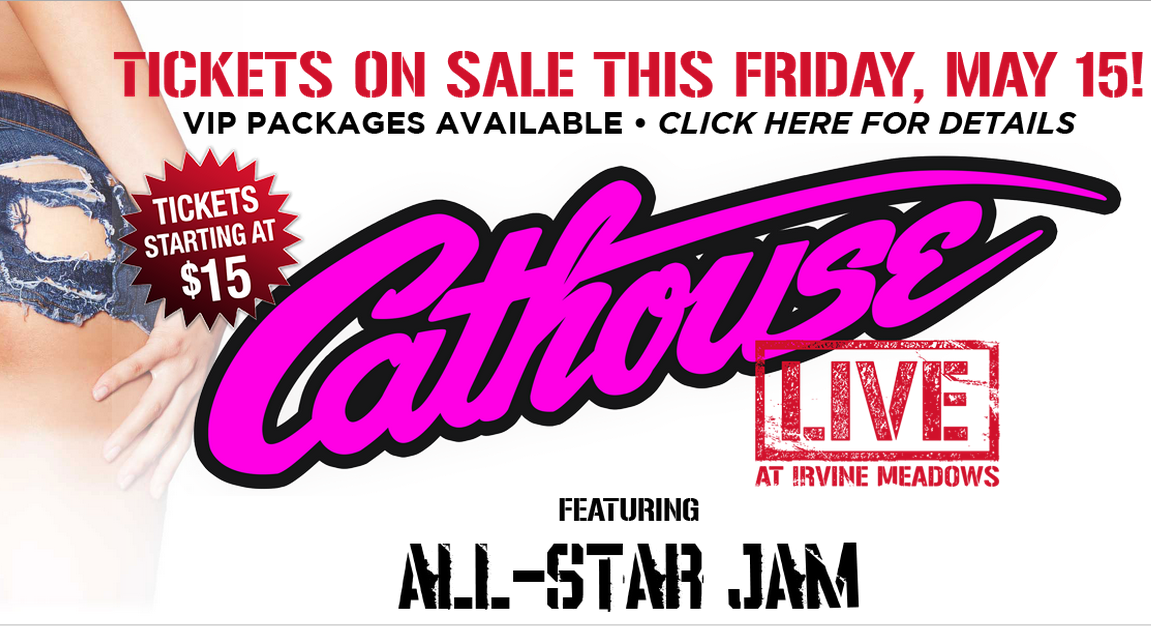 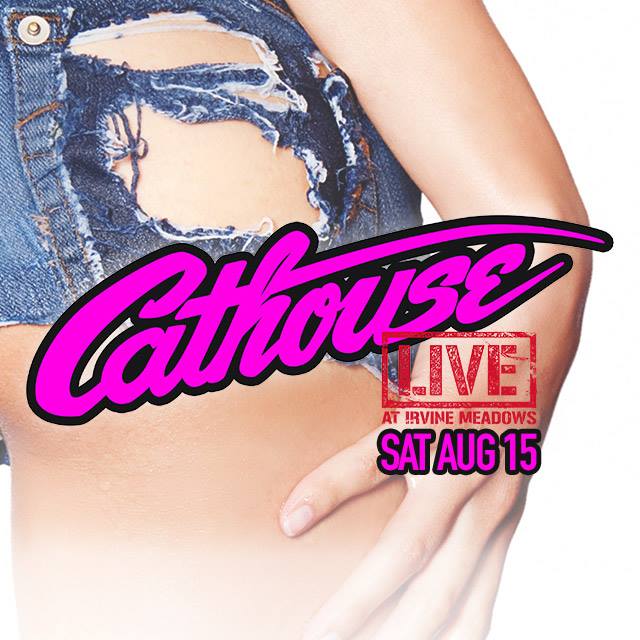 Riki Rachtman’s World Famous Cathouse will return to Southern California for one night of debauchery with Cathouse Live At Irvine Meadows, Saturday, August 15 at Irvine Meadows Amphitheater (recently known as Verizon Wireless Amphitheatre) in Irvine, CA. Riki Rachtman created the original rock dance club that dominated the Hollywood scene from 1986-1993. Now, along with Live Nation and Synergy Global Entertainment (SGE), he’s bringing Cathouse Live to a much larger audience with this decadent music and lifestyle festival.

“I recently started a Cathouse Hollywood Facebook page and everyone was asking ‘Why don’t you do another Cathouse?’ I loved the idea and mentioned it on Twitter. So many bands told me that they wanted to be a part of it, that I knew that I had to bring it back on a much larger scale. It was too big for a club, so we decided to do a festival,” Rachtman explains. “The music scene isn’t what it was like back then–that type of decadence. We’re going to bring the debauchery of the Cathouse back to Southern California! SoCal needs this kind of rock festival so people will have the chance to go out, have fun and enjoy a great rock show in all its excess. Cathouse was a very successful weekly nightclub for six years, so we’re trying to pack all those years of Cathouse into one night for Cathouse Live. All I want is for those who go to have a good time and say, ‘That was the BEST ROCK FESTIVAL EVER.’”

Tickets for Cathouse Live At Irvine Meadows go on sale Friday, May 15 at 10:00 AM PT at www.CathouseLive.com and start at just $15 plus fees.