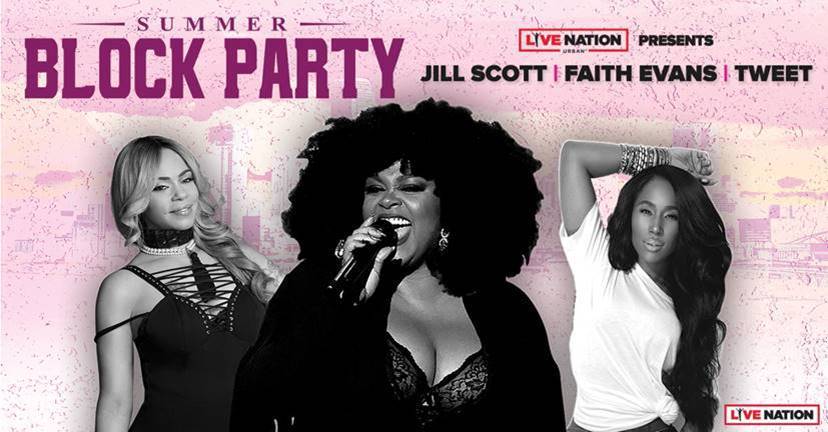 COMING TO THE PAVILION AT TOYOTA MUSIC FACTORY ON FRIDAY, JULY 5TH
-AMPHITHEATER SETUP-
Pre and post-show party on the Texas Lottery® Plaza
Tickets On Sale Friday, April 5 at 10AM at LiveNation.com

Today, Live Nation Urban reveals the details for the fifth annual Summer Block Party Festival—the preeminent destination for soul and R&B devotees since 2015. Tickets will be available on Friday April 5 at 10am local time at LiveNation.com.

Not only does the festival return to Philadelphia, Houston, and Chicago, but Live Nation Urban also schedules its very first Irving engagement. This expansion remains a testament to the growing popularity of Summer Block Party Festival. In 2019, the stage will once more play host to genre legends as well as today’s hottest breaking talent, upholding a five-year tradition and commitment to excellence in soul and R&B.

For the 2019 series, GRAMMY® Award-winning modern icon Jill Scott headlines all four dates. Meanwhile, GRAMMY® Award-nominated soul songstress and hometown hero Jazmine Sullivan joins the bill as direct support on the Philadelphia concert at Mann Center for Performing Arts on June 29. Soul icon Faith Evans and Tweet round out the lineup for the Irving engagement July 5 at The Pavilion at Toyota Music Factory. A day later, Boyz II Men and rising star Lucky Daye grace the stage in Houston at Cynthia Woods Mitchell Pavilion. For the fifth year, the festival resumes at its original Chicago site on Huntington Bank Pavilion at Northerly Island on July 13 with Anthony Hamilton, MA$E, and Carl Thomas. 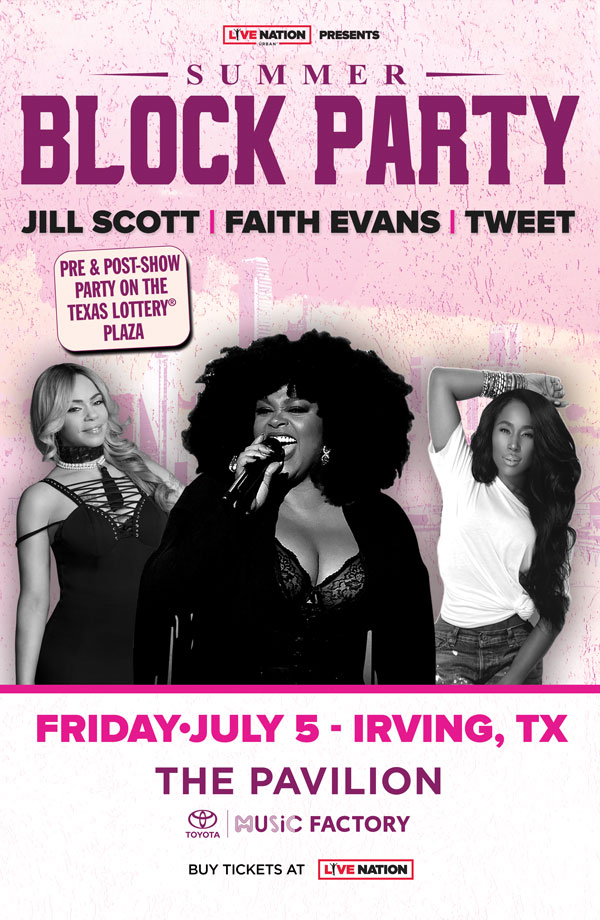 Summer Block Party sets the pace for R&B and soul-centric festival. Since its launch in 2015, it has sold out every year and steadily grown with lineups consisting of genre luminaries and the next generation’s hottest young R&B stars. Previous lineups boasted everyone from Erykah Badu and Jazmine Sullivan to Miguel, Babyface, Ludacris, Ledisi and SWV, to name a few.