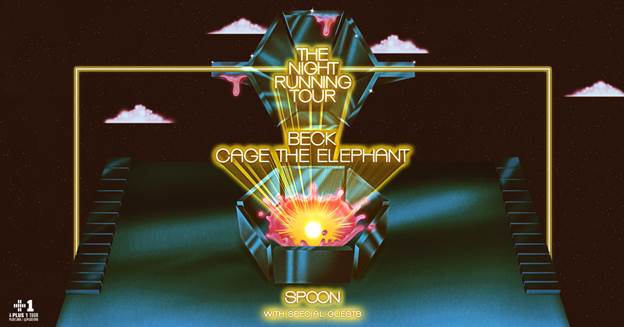 Ticket on Sale Friday, February 15 at 10AM at LiveNation.com

Today alternative, chart topping artists Beck and Cage The Elephant announced a North American co-headline tour across amphitheaters this summer – The Night Running Tour. Both artists are known for their amazing live performances and the energy they bring to their shows, making this an incredible co-headlining tour fans of both bands will not want to miss. They will be joined by special guest Spoon on all dates. Starcrawler, Sunflower Bean and Wild Belle will open as well in select cities. See full itinerary and details below.
Produced by Live Nation, the 28-city tour kicks off July 11th in Ridgefield, WA at Sunlight Supply Amphitheater and will make stops in Irvine, Las Vegas, Austin, Chicago and more before wrapping August 30th in West Palm Beach, FL at Coral Sky Amphitheatre at the S. Florida Fairgrounds.
Tickets go on sale to the general public beginning Friday, February 15th at 10am local time at LiveNation.com. Citi is the official presale credit card for the tour. As such, Citi cardmembers will have access to purchase presale tickets beginning Tuesday, February 12th at 12:00 p.m. local time until Thursday, February 14th at 10:00 p.m. local time through Citi’s Private Pass program. For complete presale details visit www.citiprivatepass.com.

On this tour, Beck and Cage The Elephant are joining forces to give back. Together they’ve partnered up with PLUS1 and $1 from every ticket sold will be donated back into each city they are playing in, supporting local food security initiatives as they work towards ending hunger in their communities.
Having already WOWed listeners twice in 2019—first with “Tarantula” from Music Inspired by the Film ROMA, and more recently with “Super Cool” from The Lego Movie 2: The Second Part—Beck is excited to once again take it to the stage. While his 2017 album Colors (Capitol Records) has enjoyed some of the most positive reviews of Beck’s peerless career, as well as two GRAMMY awards (Best Alternative Music Album and Best Engineered Album, Non-Classical), live performance has always been Where It’s At for modern music’s consummate chameleon.
Cage The Elephant announced their return last week with the release of their fifth studio album, Social Cues, out April 19th via RCA Records. The album is the follow up to the GRAMMY-winning Tell Me I’m Pretty. Tour mate Beck is featured on the album track “Night Running.” At radio, Cage The Elephant holds the record for the most #1 Alternative songs of any artist this decade. They’ve had 7 Billboard #1 singles with 11 singles landing in the Billboard Top 10 and digitally have a combined 1.5 billion streams worldwide. Cage The Elephant also shared their first single off Social Cues, “Ready To Let Go,” which leaped up the Alternative chart into the top 10 in just 11 days. Cage the Elephant debuts at 13* at AAA and is the #1 Greatest Gainer on both Billboard charts. Fans can pre-order Social Cues HERE.
Austin’s most esteemed rock ambassadors, Spoon, continue their Hot Thoughts victory lap when they hit the road this summer with Beck and Cage The Elephant. The last two years have seen Spoon (“The greatest rock band of the 21st century” -The Ringer) not only release a unanimously celebrated album, but also play revelatory shows at clubs, amphitheaters, festivals, and both daytime and late night television stages. Hot Thoughts follows Spoon’s streak of three consecutive Top 10 albums—Ga Ga Ga Ga Ga (2007), Transference (2010) and They Want My Soul (2014) — and with it some of the bravest, most sonically inventive work from the most critically acclaimed band of the decade. 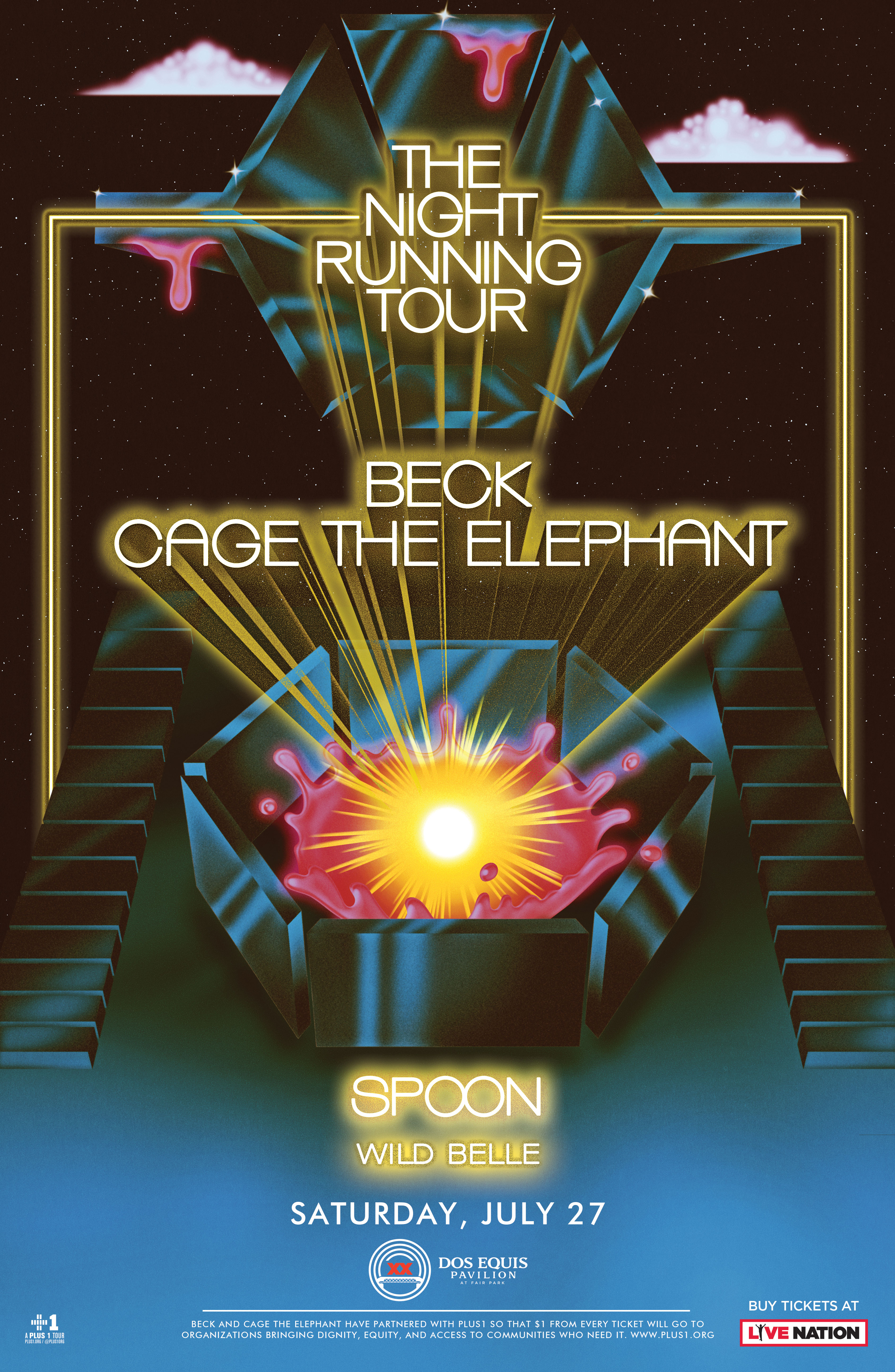 BECK AND CAGE THE ELEPHANT THE NIGHT RUNNING TOUR 2019 DATES: