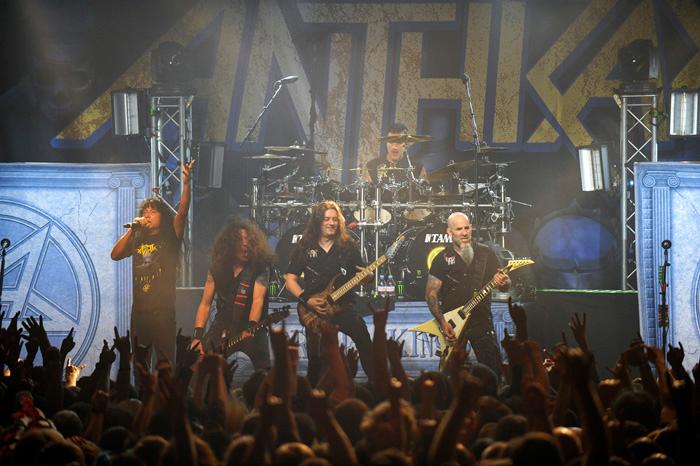 Anthrax Will Keep the Thrash Alive Playing Shows with Testament

on the Final Slayer World Tour “Off Days”

The two-hour Kings Among Scotland was filmed February 15, 2017 at the band’s sold-out concert at Barrowland Ballroom, the historic venue in Glasgow. The disc incorporates the band’s entire live show, and includes gems like “Madhouse,” “I Am the Law,” “Breathing Lightning” and “Indians.” The disc also features interviews, behind-the-scenes footage and other B-roll shot on the band’s tour bus, backstage, in hotels and elsewhere, plus a “gear rundown” from each of the band members. The DVD is now available in CD (audio only), DVD and digital formats (both video).

“We are so excited that our DVD is finally being released,” said Anthrax’s Charlie Benante. “Don’t be surprised if the package is vibrating and dripping with sweat when you open it…that’s how live and exciting it really is!” Frank Bello concurred, “This was such an amazing experience for us. The video is so alive and intense that even from the first edit, I felt like I was ‘right there’ at the show, in the audience.”

Anthrax will join fellow Big Four comrades Slayer when Slayer launches its final world tour on May 10 in San Diego, CA. On the Slayer “off days,” Anthrax and Testament, who are also confirmed to support Slayer for the first two legs, will play a handful of high-energy, stripped-down dates together on the Slayer off-days, including three just-announced dates in Providence, Dallas and Missoula.

“Really looking forward to our ‘off days’ headline shows with our friends Testament,” said Bello. “We’ll be playing a longer set and bringing the energy for a great night of metal.” Added Benante, “We’re looking forward to dipping into the Anthrax catalog and breaking out a surprise or two.” Go to anthrax.com for all ticket purchasing info.

Dates for Slayer’s final world tour, Legs One and Two/North America, and the Anthrax/Testament “days-off show days” concerts (bolded below), including the three just announced shows are as follows: 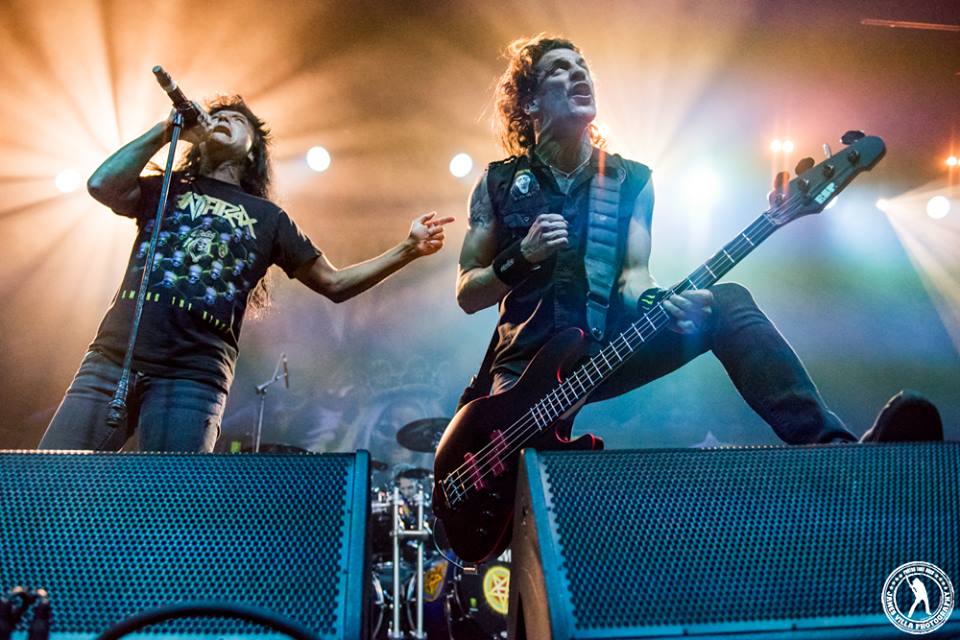