To Headline Closing Night Of

At The Cynthia Woods Mitchell Pavilion In The Woodlands, TX 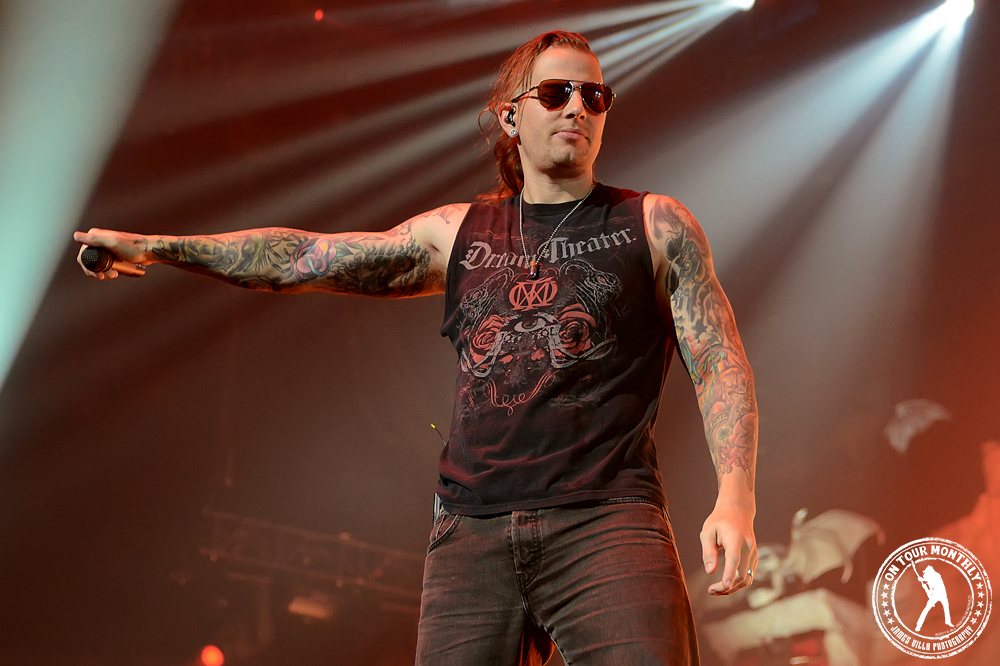 Avenged Sevenfold will close out the final night (Sunday, October 15) of the second annual Monster Energy Houston Open Air at The Cynthia Woods Mitchell Pavilion presented by Huntsman in The Woodlands, TX. Festival producers Danny Wimmer Presents are very excited to bring the band back to Houston, after dangerous storms and lightning in the area prevented them from playing at last year’s event.

“We were ecstatic to get the call from Danny Wimmer about playing this year’s Houston Open Air,” said Avenged Sevenfold vocalist M. Shadows. “We love playing Houston, and after last year’s unfortunate weather, we’ve been looking forward to going back and giving our fans there a much-deserved headlining show. Can’t wait to see you all.”

Tom Morello from Prophets of Rage said, “We are excited to remain on Houston Open Air festival. Prophets of Rage wants to thank Avenged Sevenfold for stepping up and taking our Sunday headline slot as we have a personal band conflict that makes us unable to play Sunday. Prophets will now make Houston RAGE AGAIN on Saturday, October 14 and Avenged will do the same on Sunday!” 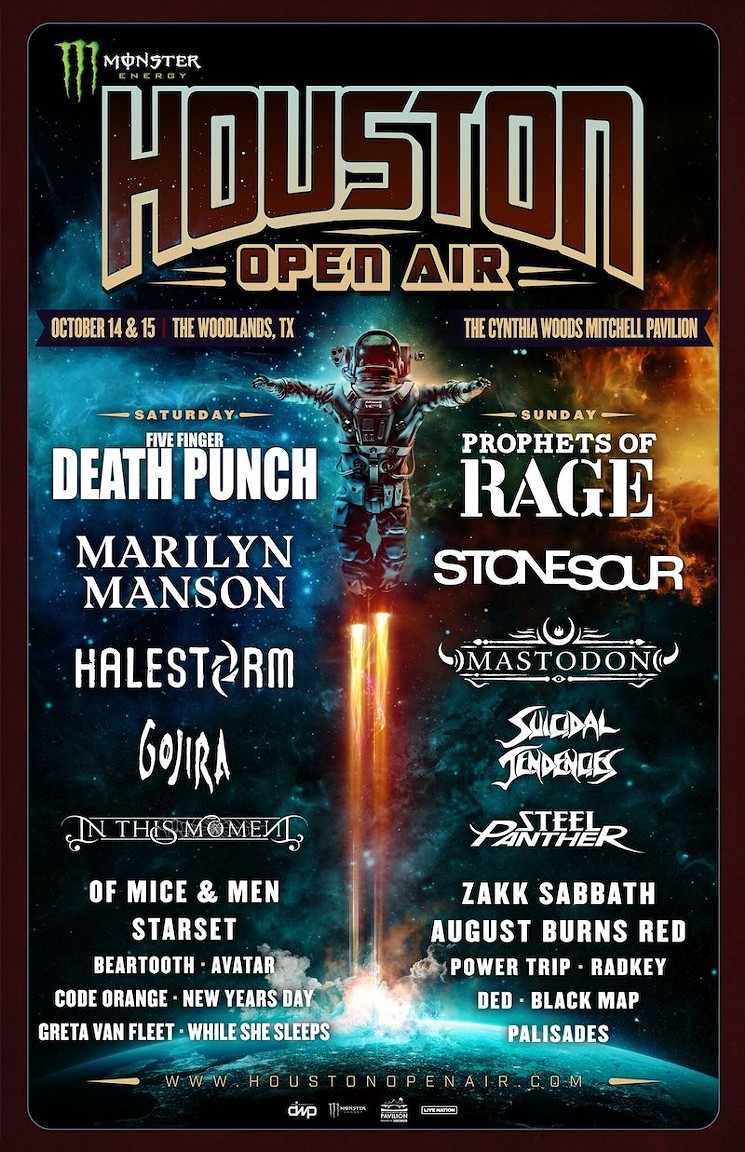 The updated music lineup for Monster Energy Houston Open Air is as follows:

Single day and weekend tickets for Monster Energy Houston Open Air are available at www.HoustonOpenAir.com. Fans are encouraged to buy early and save. Weekend passes start at just $66.66, and single day tickets start at $45.00. VIP upgrades are $40.00 per day or $75.00 for the weekend.

Each VIP upgrade pass includes access to The VIP Lounge (located in the Event Center) which features air conditioning, a live video stream of main stage performances, VIP-only restrooms, and dedicated concessions (for additional purchase); a VIP-only entrance into the venue; and a commemorative Monster Energy Houston Open Air laminate.

Discounted online hotel rates will be available through Curadora. Visit www.HoustonOpenAir.com for details.