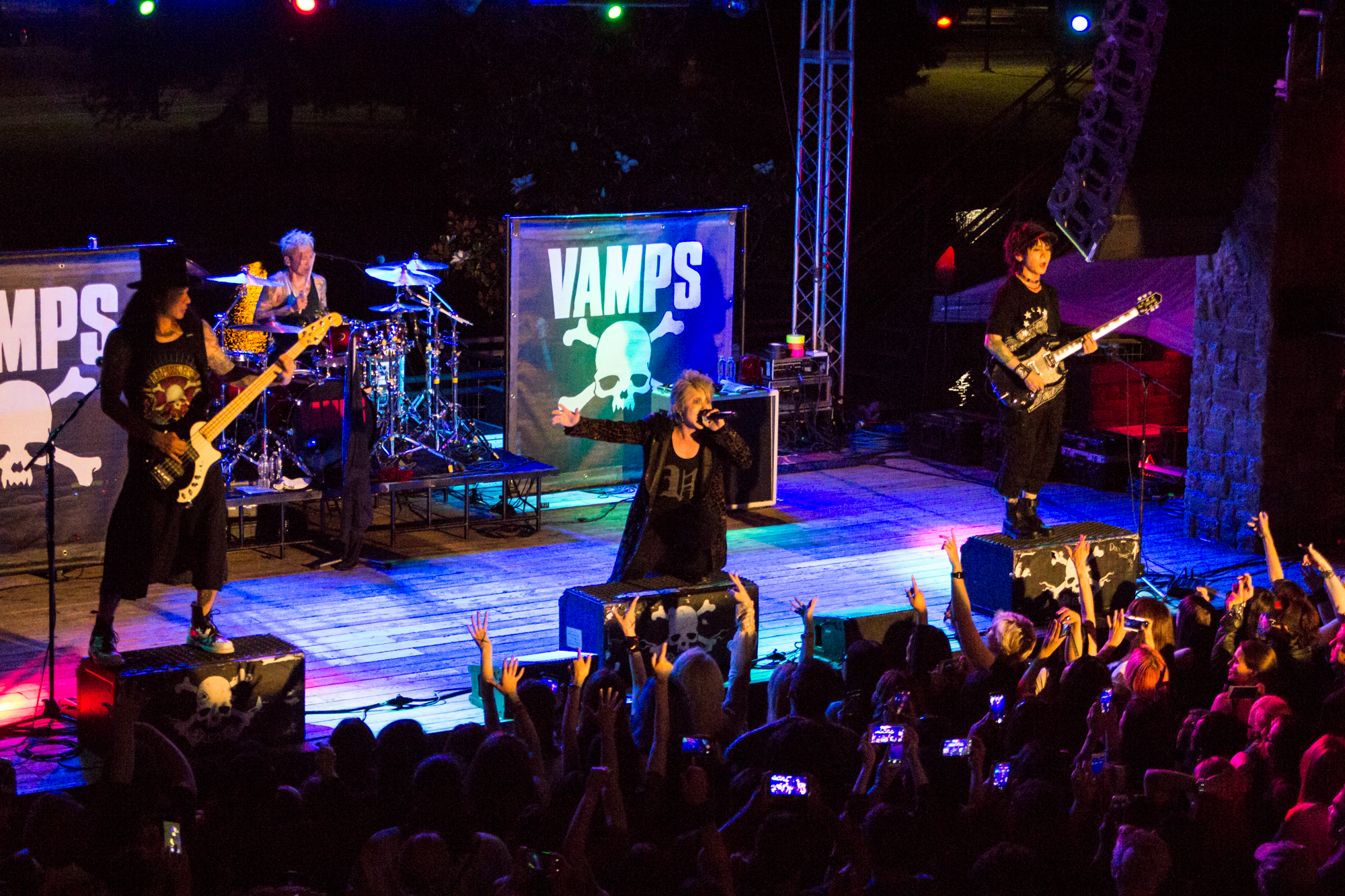 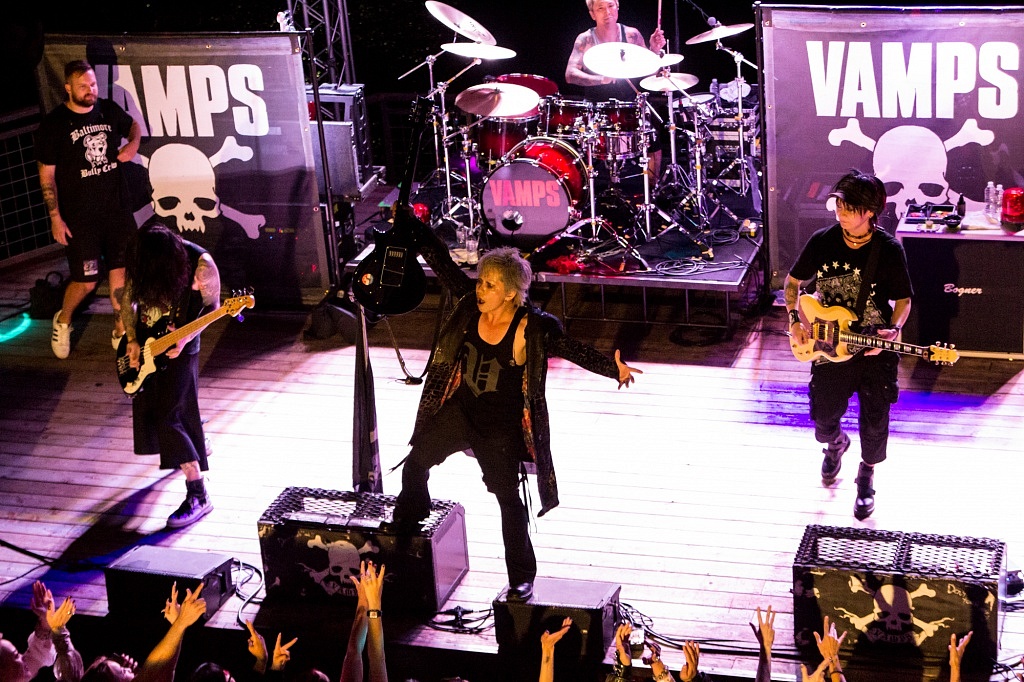 As a huge fan of Japanese music, it’s a wonder I haven’t already seen VAMPS. A project centered on Hyde and K.A.Z., two mainstays of Japanese rock, VAMPS has been traveling around the world for nearly a decade. .. Under a beautiful night sky, I finally saw the duo run through a fantastic set that pulled from every album in the duo’s discography.

The set featured heavily on the band’s newest album “Underworld” (Eleven Seven Music). VAMPS boldest and most direct attempt at breaking into the American music scene, the “Underworld” material really came to life in a live setting. Hyde’s trademark growling vocal delivery sounded absolutely stellar live throughout the set, which featured more than half of the new record. 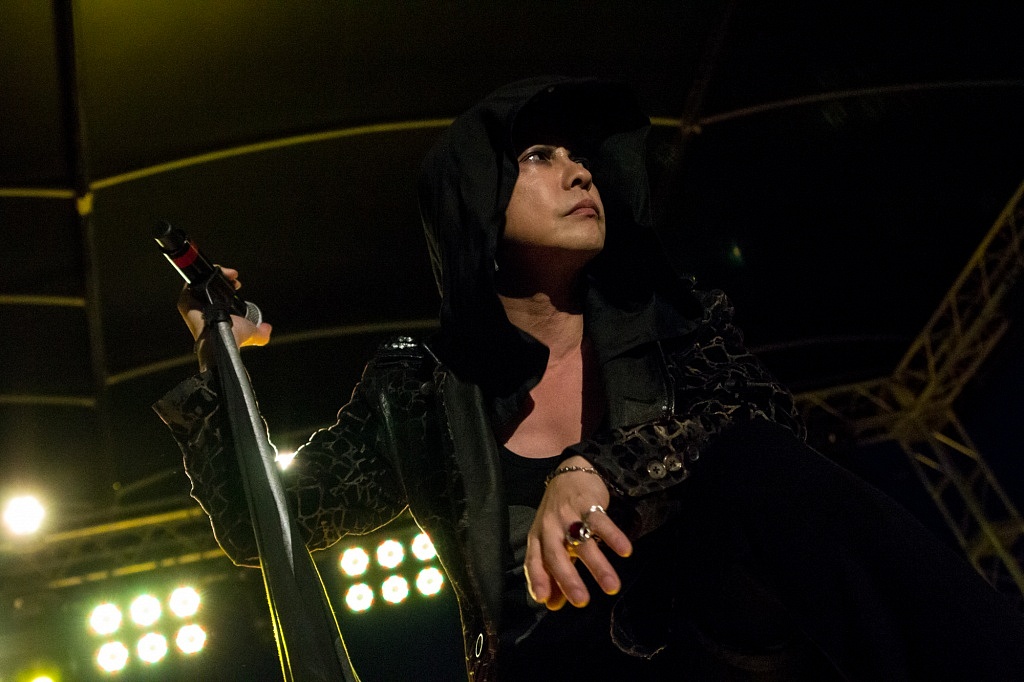 “Calling” and “Rise or Die” received probably the best reception from the new material during the show, with the crowd singing along to every word and eating up every detail of Hyde’s act. K.A.Z. himself sounded great on guitar throughout the evening, and the duo was joined by another mainstay of Japanese rock, Ju-Ken as a support member. Arimatsu rounded out the lineup on drums, fully delivering on the band’s industrial rock vibe.

Perhaps the only problem I had with the set was the length – the band started right at 8:50 pm and they finished out only a few minutes past 10 pm. Hearing them dust off some of Hyde’s pre-VAMPS older solo material (“Midnight Celebration” and a hard-hitting version of “Dolly”) was awesome, and the pair of songs fit well into the set. Hearing any additional songs – new, old or even covers like they occasionally do – would have been able to draw even more energy out of the already rapturous crowd. 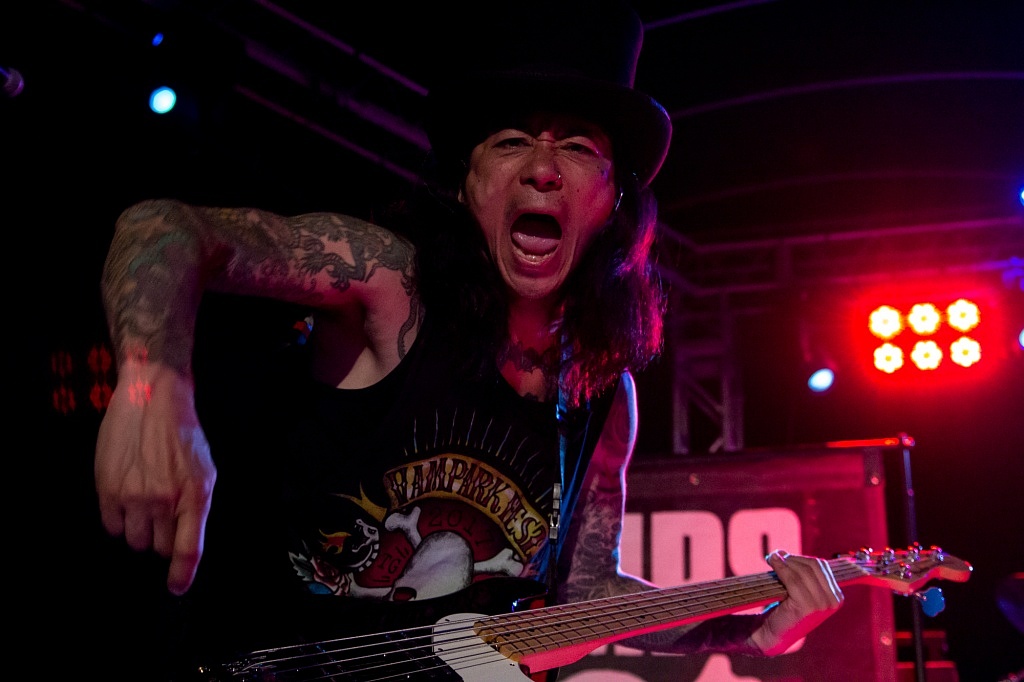 The band had posted on social media earlier in the day that they hadn’t realized the venue was an open-air club, but they seemed to revel in the beautiful weather and the night sky. Hyde remarked on the vibe multiple times throughout the evening, and while the show was not sold out the guys played to the crowd like they were in the biggest stadium in the world.

The night also featured opening sets by Darke Complex and Palaye Royale. Both acts had brought a decent number of fans out to support them, and Palaye Royale, in particular, seemed to really wow the crowd with a bombastic performance by vocalist Remington Leith. The two bands were a good fit for the VAMPS crowd, and it isn’t very common to see an entire crowd giving the opening acts their full attention.

VAMPS have been working hard to break into the American music arena, and with the rate that they tour and support their new releases, they may just be closer than ever before. If you have any interest in hard rock with a slight industrial flair, then VAMPS is definitely for you – fans of the band know it’s awesome to see them in much smaller venues than what they play back in Japan – but they may not stay a club act in America forever.