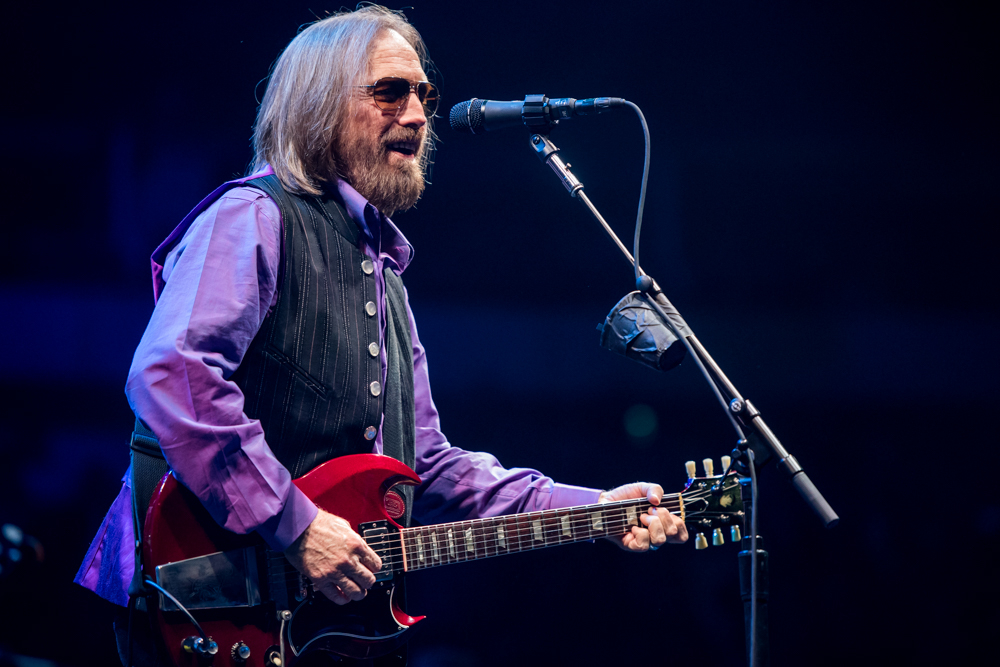 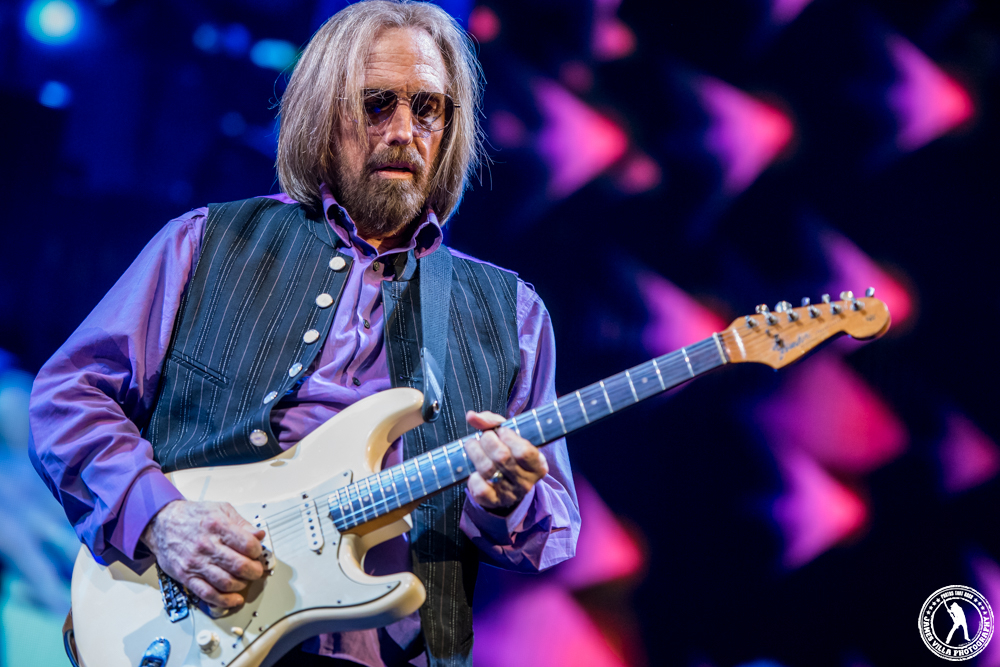 Tom Petty and the Heart Breakers 40th anniversary tour kicked off the second show of the summer tour Saturday night at American Airlines Center. A show that is unquestionably two shows in one with legendary Joe Walsh opening as support. 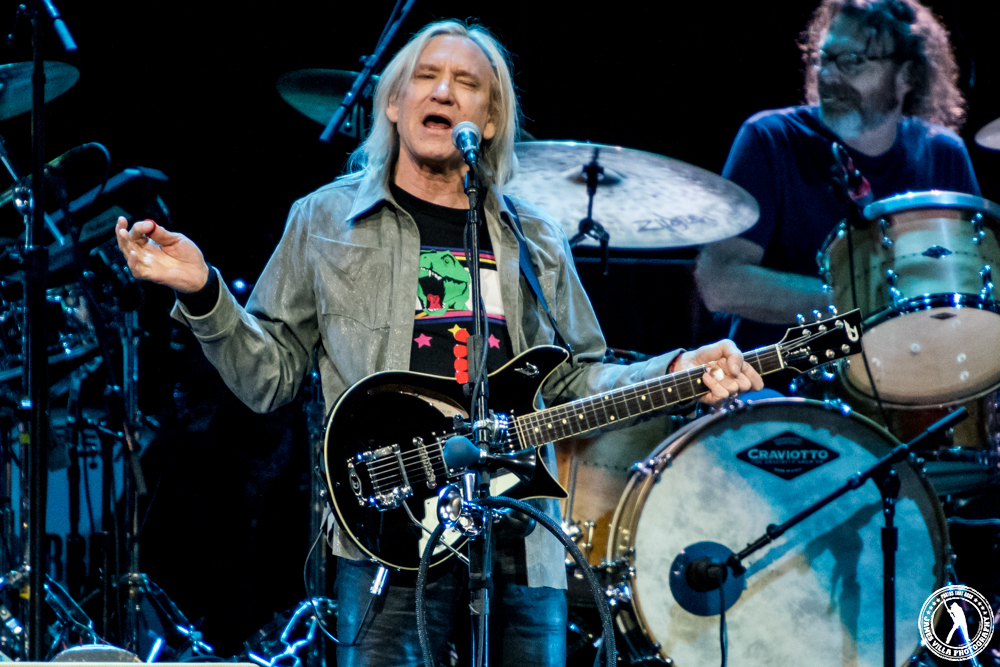 Walsh kicked off the show just around 8:05 Saturday night and welcomed the crowd with “good morning”, a tone that resonated well with the party atmosphere of the evening. Joe wins the crowd over with “Ordinary average guy” and dedicating a song to Glen Frey “ Take it to the Limit”. With his 10 piece band including two drummers, backup singers, and laser lights Joe Walsh was a show by himself Saturday evening. 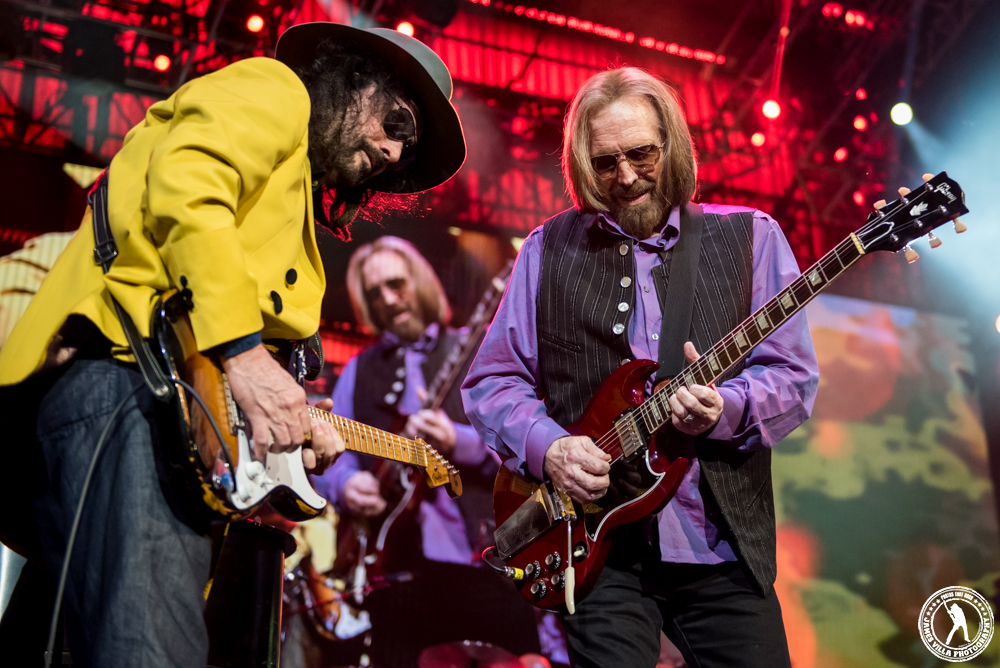 Tommy Petty and the Heart Breakers took the stage around shortly after 9:45PM Saturday with Petty sporting a purple shirt and brown shade sunglasses. White stage lights illuminated the crowd so Petty could soak in the sold out house. Opening with their 1976 hit “Rockin around with you” then immediately breaking into “Mary Janes last dance”. With green undulating lights overhead and the smell of Mary Jane floating in the house, it was mojo, with Petty asking the crowd twice “Can you feel the mojo” “ Can you feel it”! Petty pulls his fairy tale tophat out for “don’t come around here no more” taking everyone back to those MTV days when they actually played music. Between songs, Petty reminisced about playing Dallas for the first time back in 1977. He jokes a couple times during the show about remembering all the chords to all his music. Blowing through 19 songs Saturday night Petty didn’t miss a lick. The Heartbreakers played almost two hours with the show ending 10 minutes before midnight. One ticket, two legends and four hours of great music are what the fans got Saturday night.