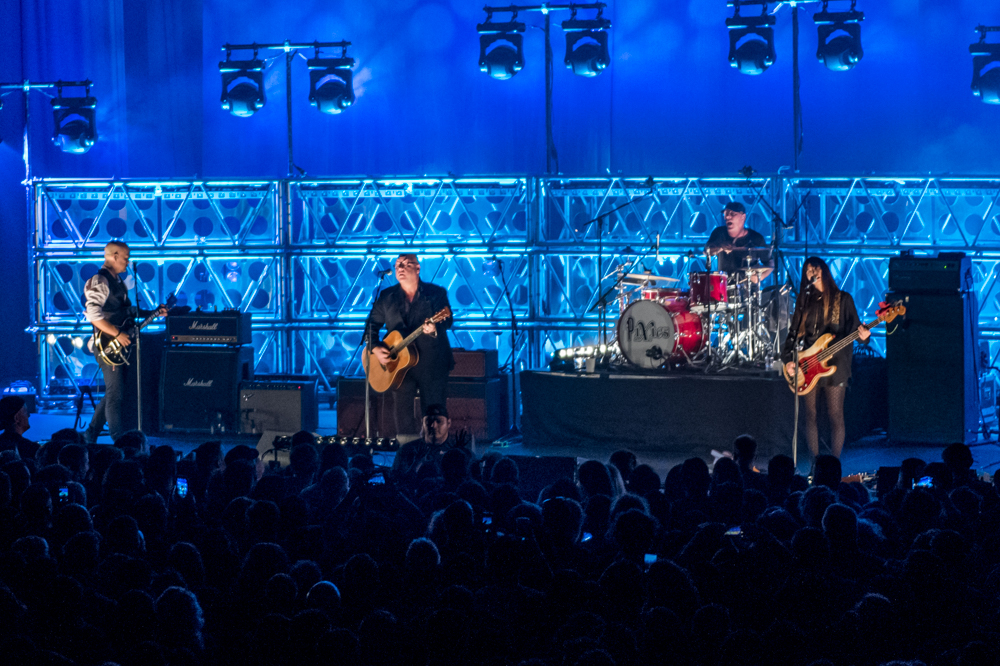 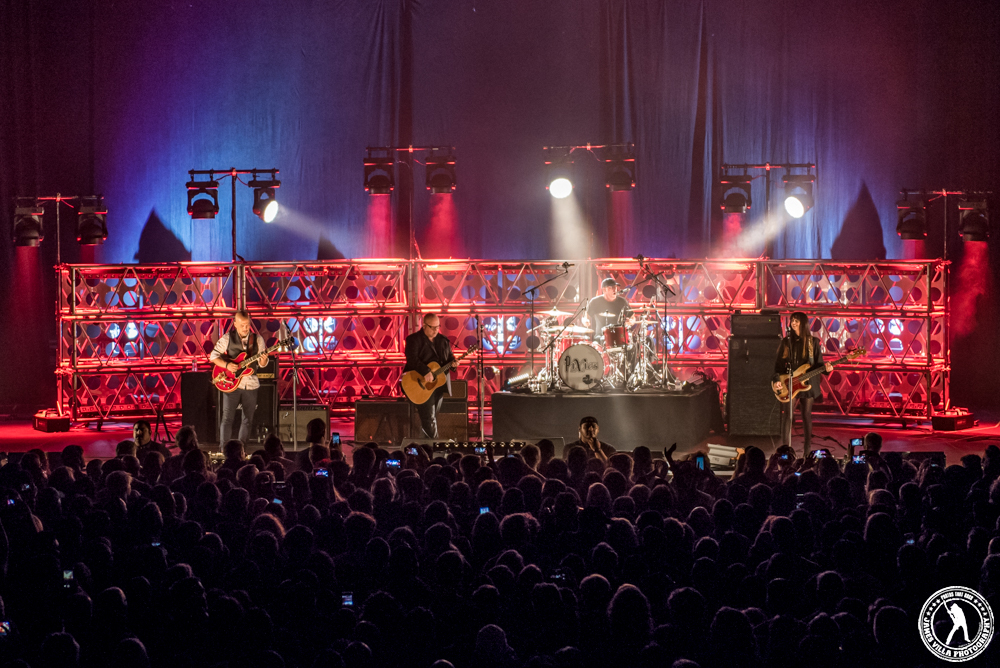 A little rain and sudden cooling temperature wasn’t about to keep anyone from The Bomb Factory this night, a throng of patrons waiting in line outside of the venue while thousands more milled about inside at the show that had sold out well in advance. A staggering 4,300 fans in all turned out to the Dallas venue, ready to see Pixies and hear some classics along with some new offerings from last fall’s Head Carrier.

The thing about Dallas is it seems to be one of those cities that if a band is going to play around with their set list, it’s going to happen here. Not every band and of course not every time, though there have been plenty who have used a specific set list at every other tour stop before turning things on its head when they get to North Texas. Such was the case on this night, Pixies taking the stage to deafening fanfare just shortly after 9:30, shocking and delighting everyone by busting into “Where is My Mind?”. 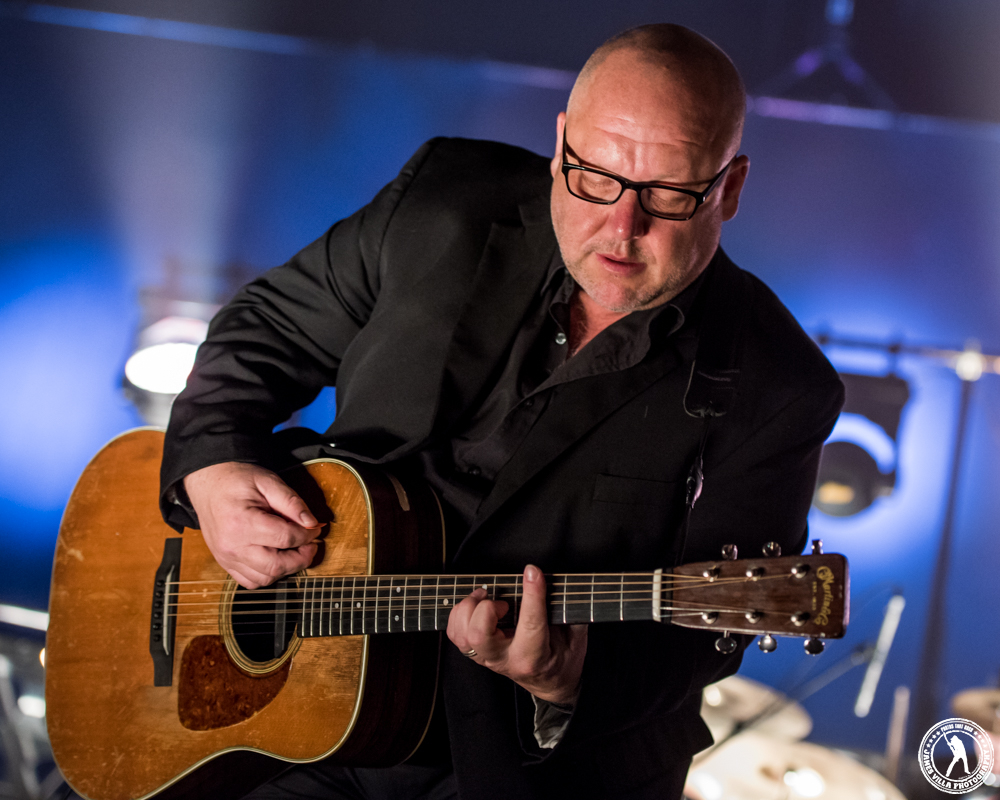 No one was anticipating to hear one of their signature songs so early on and it essentially ensured the quartet could do no wrong this night as they began to rip through more than two and a half dozen songs in just 90-minutes, seldom allowing for even a mere second of downtime between each cut.

They’d touch on almost every LP they’ve released, and regardless of if they were fan favorites, somewhat deeper cuts or new songs, the audience was transfixed. It was noticeable when Pixies got to something everyone was desperately wanting to hear, the excitement becoming palpable; “Vamos (Surfer Rosa)” being an early highlight, as David Lovering’s pulse-pounding percussion invigorated the masses. 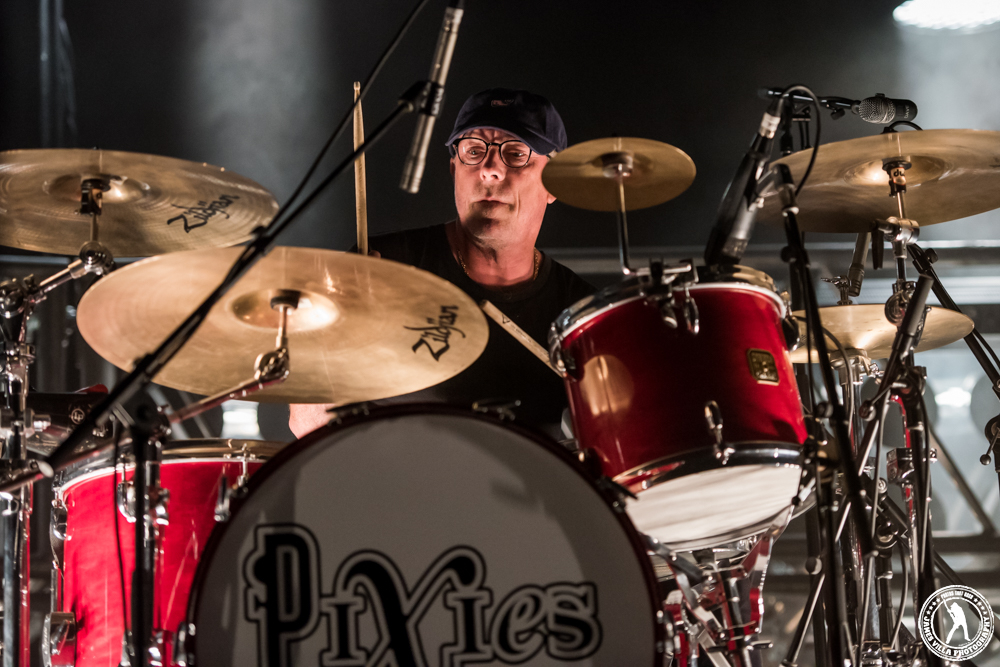 As they barreled along, it was interesting to notice how well their music has held up. Some of the slightly grungy songs sounded surprisingly modern, while the alt-rock material could compete against anything currently on the market and easily even best it thanks to the uniqueness and even oddity that some of Pixies’ music boasts. “La La Love You” was one of those that fits into that latter category, its art rock vibe being perplexing in a way, though it was still spellbinding.

Complete with a couple of covers, they put their own spin on Neil Young’s “Winterlong”, shortly after which they gave the audience (and themselves for that matter) a huge jolt of energy when Black Francis traded out his acoustic guitar for an electric to use for the remaining eighteen songs. “Gouge Away” electrified the audience who proceeded to jump about and loudly sing along to the haunting and forceful track, after which they dished out something else from Head Carrier, the lead single, “Um Chagga Lagga”, being received well by the fans. The recorded version is dynamic, but live it was a tour de force that will certainly become a staple at gigs for years to come.

Steeped in punk, “Debaser” was another standout of their performance, Frances digging deep and shouting out some of the lines with pure aggression; another hit from Doolittle ultimately concluding their time on stage, Frances, Lovering, lead guitarist Joey Santiago and bassist Paz Lenchantin standing with their arms around one another, taking a bow as copious amounts of smoke spewed forth, concealing the stage. 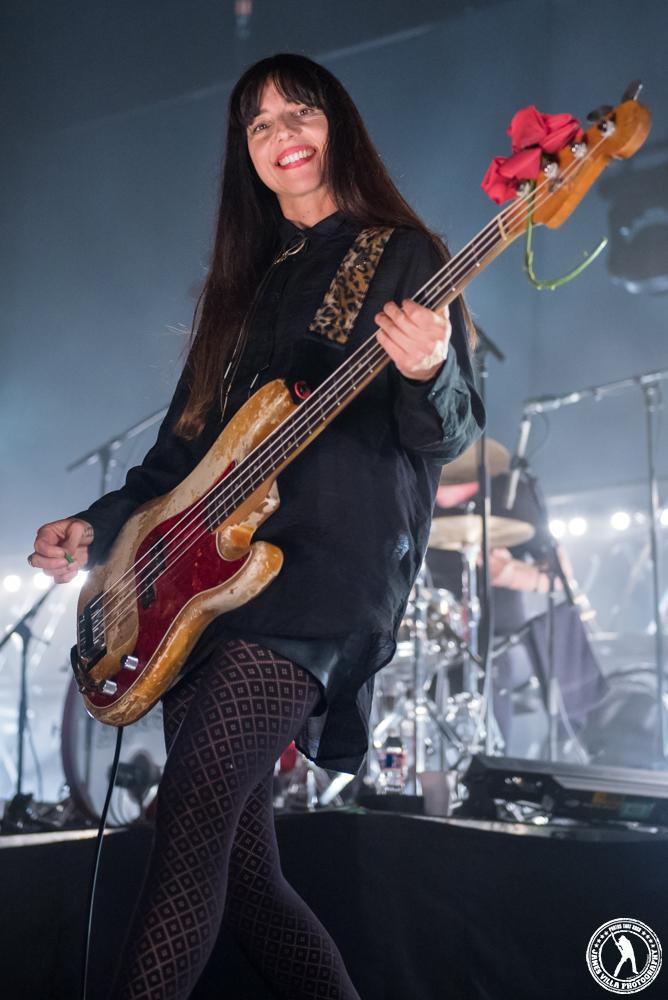 Presumably that was it, the musicians being able to slip off stage easily thanks to all the smoke, but instead, they picked their instruments up for one last offering. Lenchantin had handled the lead vocals on a couple of songs this night and again assumed the duty on the lone encore, the lights barely piercing though the smoke, subsequently making for a cool visual effect as they knocked out “Into the White”.

It was a spectacular show, the band holding nothing back and delivering what everyone wanted to hear the most and then some. Some sort of dialogue and acknowledgment of the fans for their support would have been nice, yet at the same time no one seemed to mind that. Or if they did they didn’t vocalize it. They were perfectly content with watching Pixies completely in their element, thriving as they cranked out what felt like a marathon set. The magnitude of the performance was something to marvel at, their prowess as musicians and performers being on prominent display. 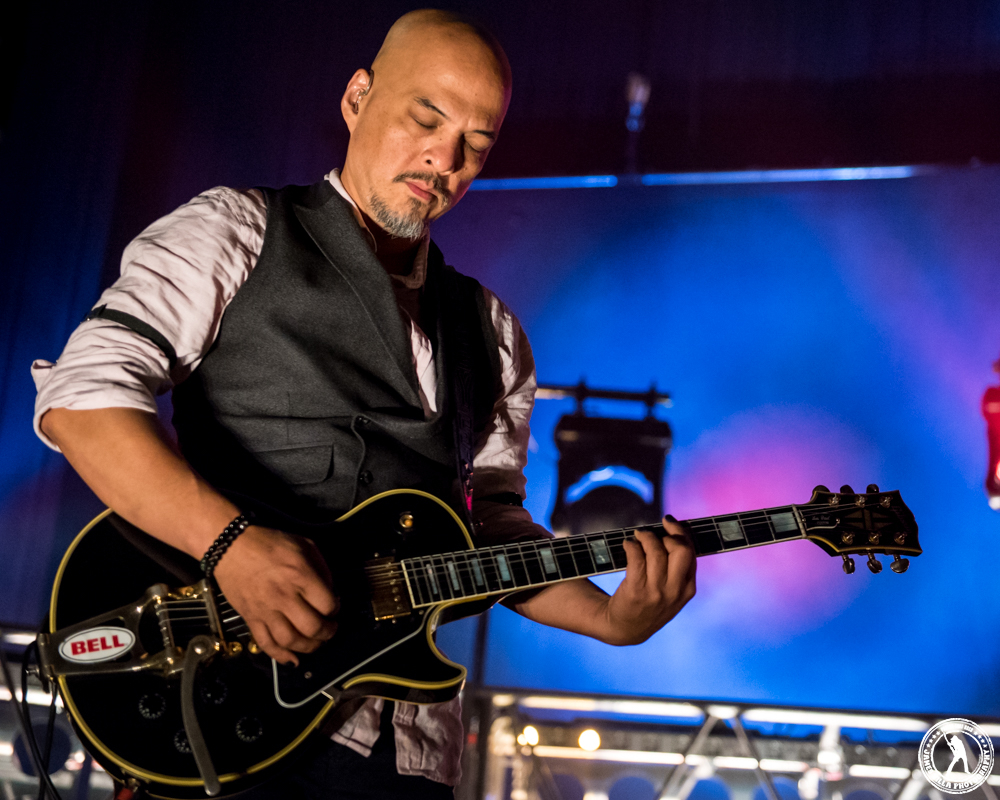 Pixies may have been ahead of their time and still live in a bit of obscurity considering, though there’s no questioning the fact that they’re still one of the most significant bands of the late ‘80s to the early ‘90s. They made a massive mark on the music world, having influenced a host of artists for decades to come, while their music has captured the attention of a few generations. From older fans to young kids who logged this as their first ever concert, this Dallas show provided another shred of proof as to how revered Pixies are. And deservingly so.