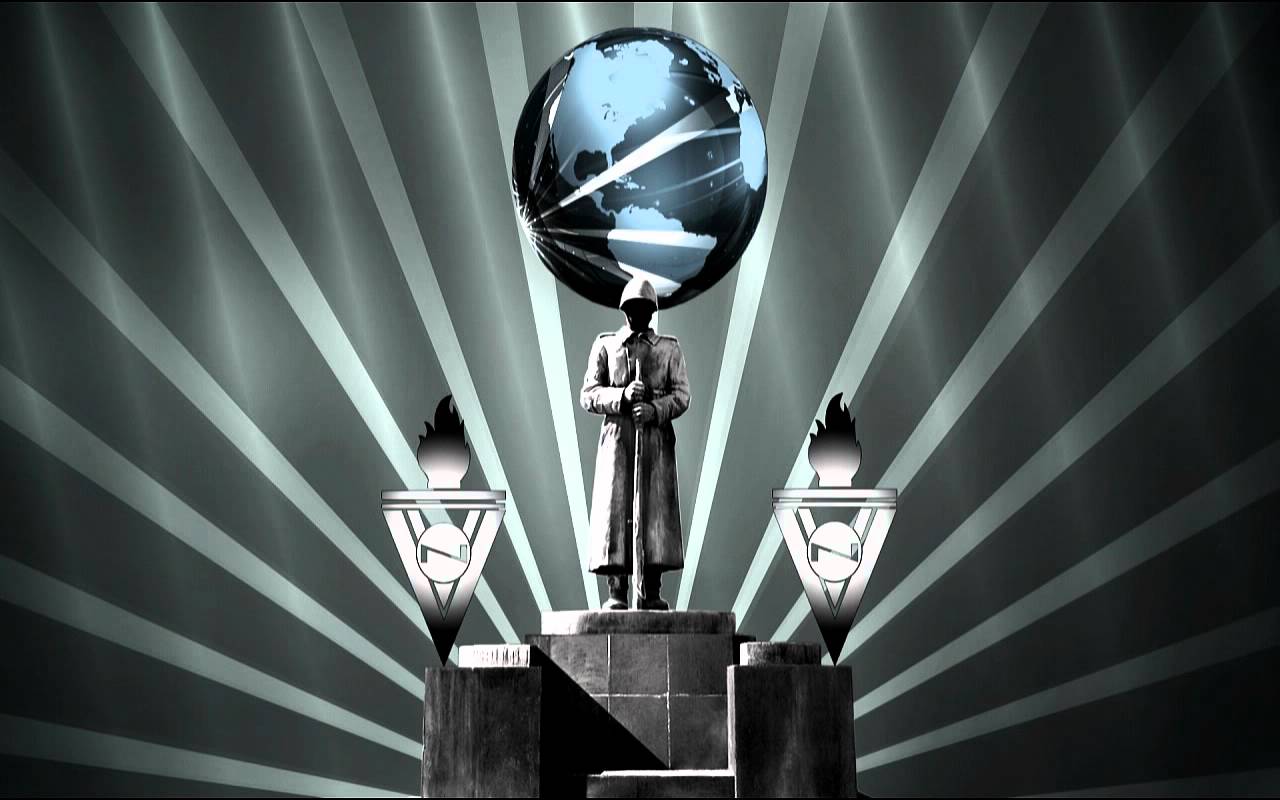 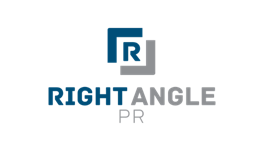 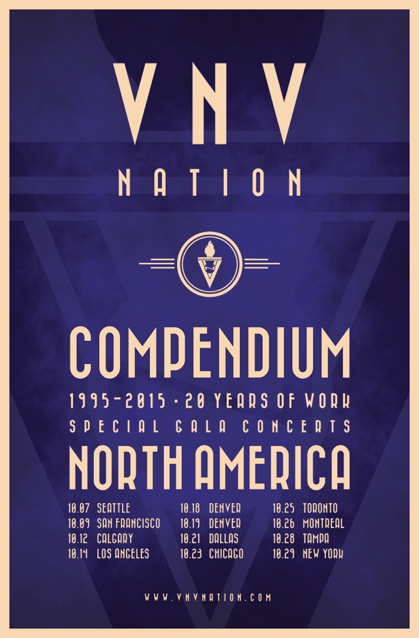 In celebration of the 20th Anniversary of the first VNV Nation album, the group will be bringing a very special musical celebration to fans in select markets throughout the US.  Along with 12 unique gala 3-hour concerts that will take place in special venues, VNV will release a collection of their complete works from 1995-2015.

Known for their high energy performances, VNV Nation are planning visual wonders for the upcoming shows.  The shows will cover songs from 9 albums, including rarities, and some surprises.  Each date will feature an exceptional light show, different setlists, and some special guests will also make surprise appearances during the tour. At most of the shows, the group will also do meet and greets with fans. The largely sold-out European Compendium, shows were described as a spectacle of sound and light.

COMPENDIUM – 1995 to 2015 – 20 YEARS OF WORK will be released to coincide with the tour in a number of different high-quality limited-edition boxsets, with lots of special extras, offering something for everyone.  It will be a collection of material that has consistently debuted in the Top 10 throughout Europe.