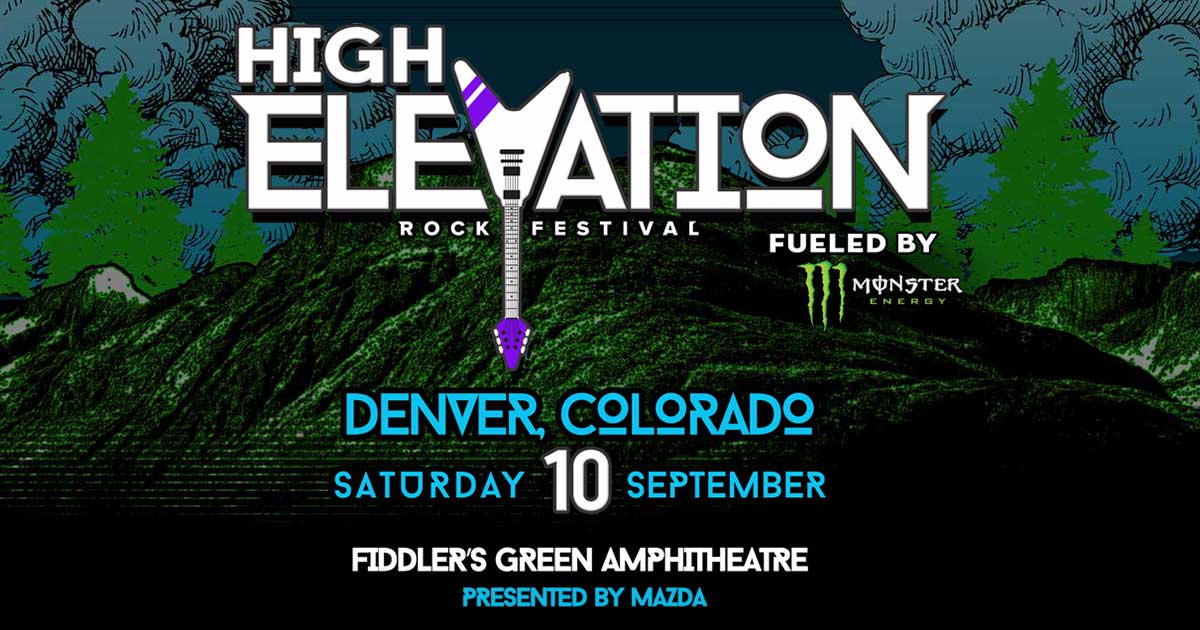 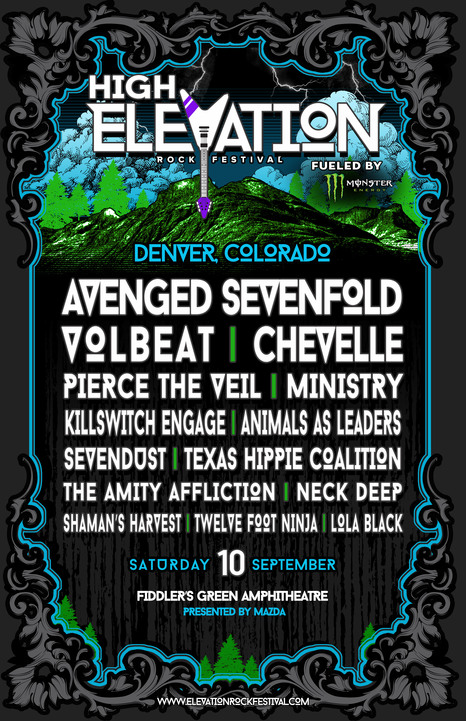 “Colorado has always been a stronghold for live music of all genres, including hard rock,” commented Joe Litvag, Executive Producer of High Elevation Rock Festival for AEG Live. “We’re excited to create something original and unique for all of the hard rock fans throughout the Rocky Mountain region, and there is no better place to call our home than the legendary Fiddler’s Green. Expect 11 straight hours of insanity with some incredible and impactful performances by the greatest names in rock today!”

Presale tickets for High Elevation Rock Festival will be available from Wednesday, May 18 at 10:00 AM MDT through Friday, May 20 at 9:59 AM MDT at www.HighElevationFestival.com. Visit the High Elevation Rock Festival social media pages for a password to purchase presale tickets. The public on-sale begins Friday, May 20 at 10:00 AM MDT.

A limited number of General Admission Lawn 4-Packs will also be available for $198.

For those who want to make a weekend out of it, a limited number of Hotel Packages for two or four people will also be available for purchase. Hotel packages will include accommodations close to the festival site, premier parking, and festival shirts for each person.