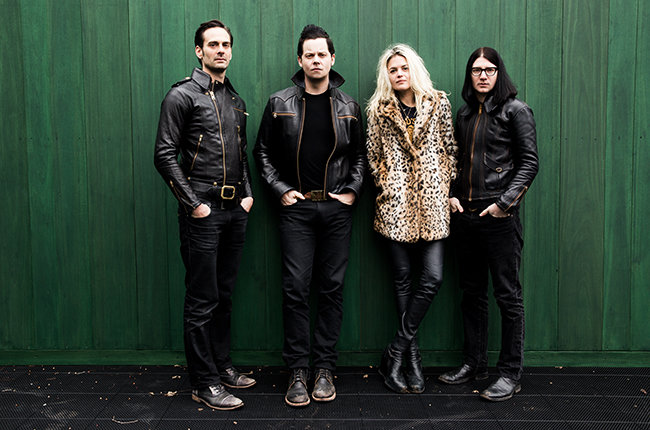 The Dead Weather have released the final of four technique and instrument-based videos. In this fourth episode, vocalist Alison Mosshart lets us in on her favorite way to come up with ideas for lyrics. Please note that we don’t necessarily condone her unique method, but we trust her and love the results – a lot. The video, directed by Jack White, concludes with a full band
live performance of the smoldering voodoo of “Lose the Right” from the new album Dodge And Burn.
[youtube url=”https://youtu.be/EPPob3qJKKw” autoplay=”no”]
Dodge and Burn – the band’s third album and first full-length release in five years – is out now at retailers worldwide: Third Man Records | iTunes |Amazon
Total
0
Shares
Share 0
Tweet 0
Pin it 0
Share 0
2015 DODGE AND BURN Jack White james villa photography on tour monthly The Dead Weather