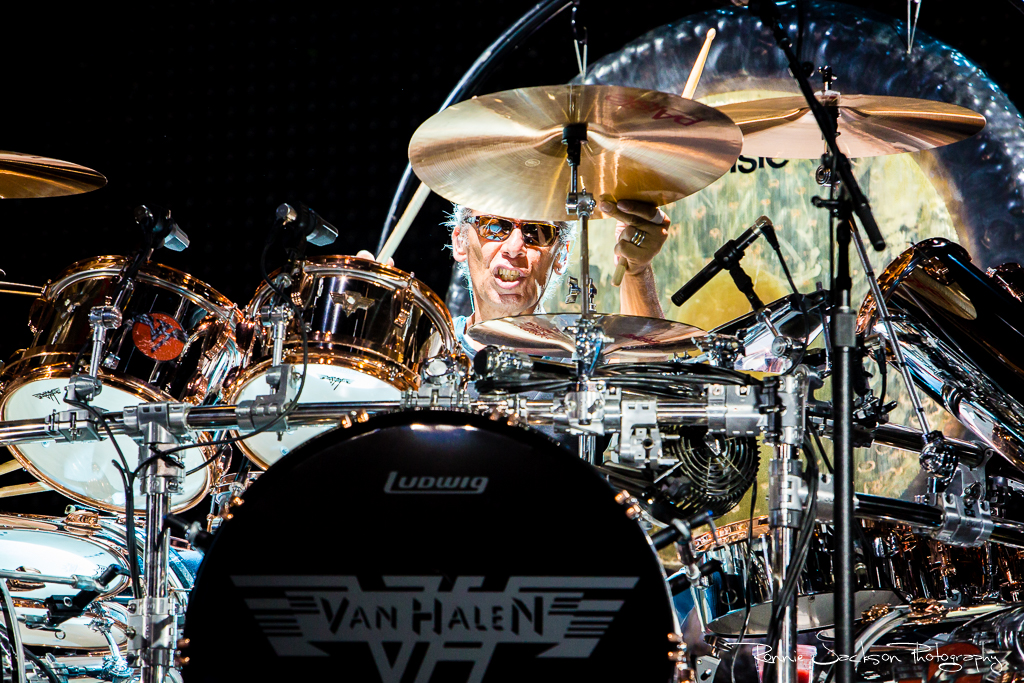 Van Halen Still Has Plenty of Fuel In the Tank 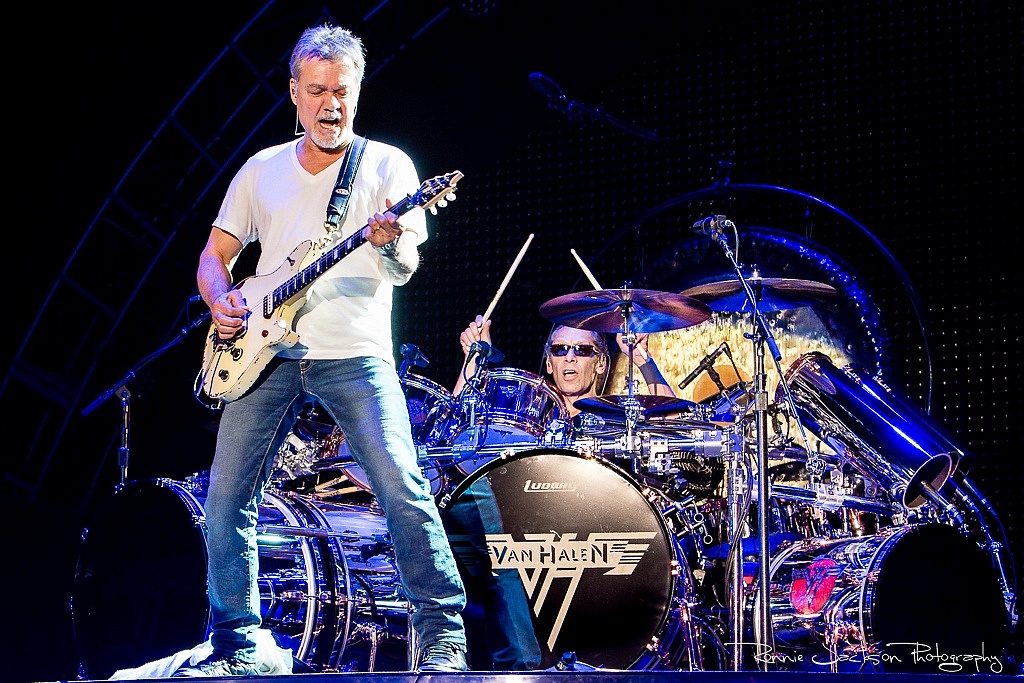 A rejuvenated Van Halen set all doubts aside, as they played to a sold out crowd at Gexa Energy Pavilion in Dallas on Wednesday night! Van Halen opened their set with some of their biggest hits from the first Roth era 1974-1985 including “Runnin’ With the Devil” “Everybody Wants Some!!” and “Drop Dead Legs” proving that Van Halen still had it. David Lee Roth’s voice, which has been blasted earlier on this tour, was in top form most of the night. David Lee Roth is back providing lead vocals for Van Halen on his third stint with the band. The rest of Van Halen is now a complete family affair with Wolfgang Van Halen, Eddie’s son, taking on bass duties in 2006.

On this particular night, as usual, David Lee Roth demanded much of the spotlight. The ultimate showman Roth had wardrobe changes for almost every song. Between songs Roth filled the time with entertaining stories and vocal quips, at one point telling a young lady in the front row “You look familiar” then asking “Do I know your mom?”

About half way through the set the ever charismatic Roth gave dance lessons for about ten minutes to the crowd, including his “James Brown”, “imaginary stair stepper” and his “confused Ozzy Osbourne”. He saved his favorite “white boy” routines for last including the “half-Jesus” and “full-Jesus” and “how to dance like David Lee Roth”. After poking fun at Jon Bon Jovi and his problems getting along with his guitarist (imagine that!) Roth explained that his “half-Jesus” is his way paying respect to his guitarist, going on to tell the crowd that Eddie Van Halen is the only guitarist that he wants to do the “half-Jesus” over for the rest of his career. Roth then explained what is that differentiates his “full-Jesus” from the many imitators, as he looks up the only thing going through his mind is “Thank you, God, for this job,” he then looks into the eyes of a woman in the front row and says “you will never guess who I was just talking to!” Roth then combined all the routines into one as his way to successfully dance like “David Lee Roth”. 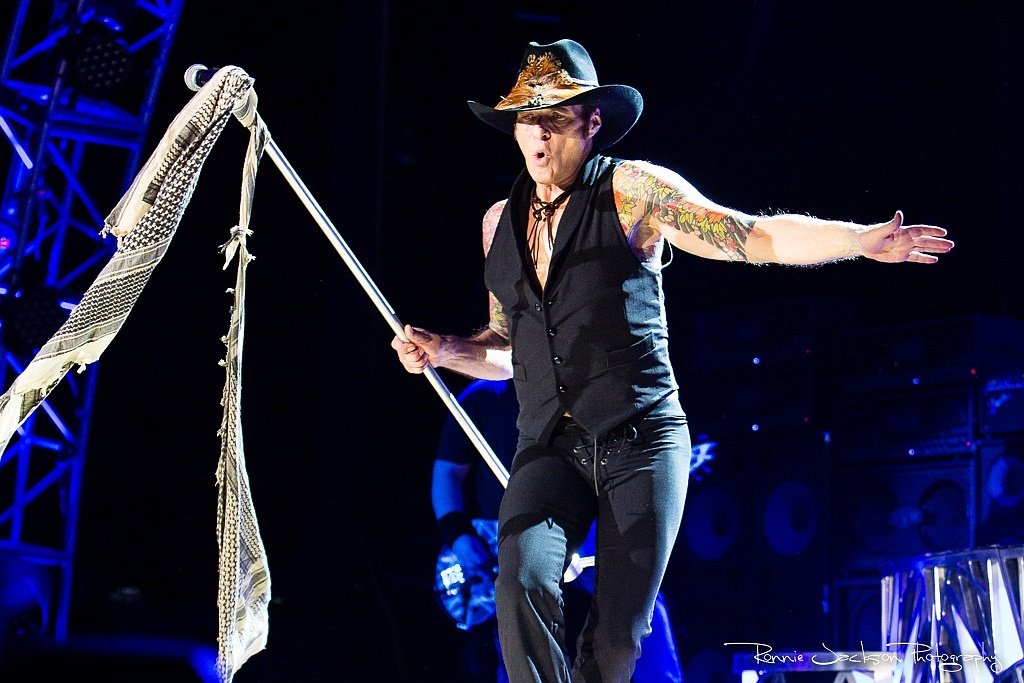 Even while not singing, Roth was as entertaining as ever with his endless dance moves, his posing and prosing for the audience and his ninja like skills with the microphone stand twirling, at one point using it as an imaginary rocket launcher and a golf club, before aiming at Eddie shooting it like a gun. You could almost feel Alex’s eyes rolling from behind the kit as he witnessed Roth’s antics. During the opening of hot for teacher Roth told the crowd “I heard you missed us we’re back!” to which the crowd immediately voiced their approval to. In the middle of “Hot for Teacher” Roth transitioned into a quirky “The Roof is on Fire” chant. The low point of the night for Roth came about three-quarters of the way through the set as he completely forgot the lyrics to “Dirty Movies” before apologizing to the crowd “I am sorry I forgot the lyrics”. The Van Halen’s did much of the heavy lifting vocal wise and allowed Dave to be Dave with his trademark vocal squeals and screams. Even with his quirkiness, aimless stage antics, and forgetfulness Roth was quite entertaining. It was difficult to take your eyes off of Roth during much of the show.

As much as Dave is still flamboyant, Eddie has taken another approach with a stripped down image, trading in his trademark fluorescent pants for blue jeans and a plain white tee. Even in blue jeans Eddie was able to give a couple jumping split kicks for the crowd. Although his image has transitioned, his guitar work hasn’t… Eddie’s trademark dive-bombs and squeals were on point all night.

David Lee Roth and Van Halen looked as if they had something to prove. With Roth and the Van Halen brothers all in excess of sixty years of age they did… they proved that they still have it! Van Halen is doing it bigger, better and louder than many of the bands half their age.