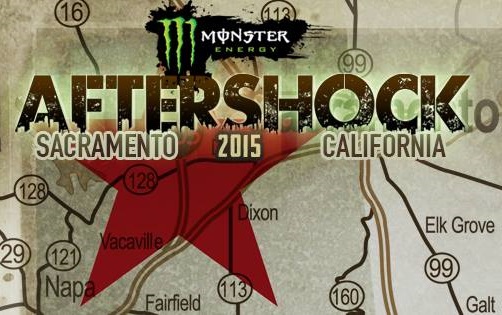 Official Pre-Party Headlined By Hell or Highwater 10/23 In Sacramento, CA 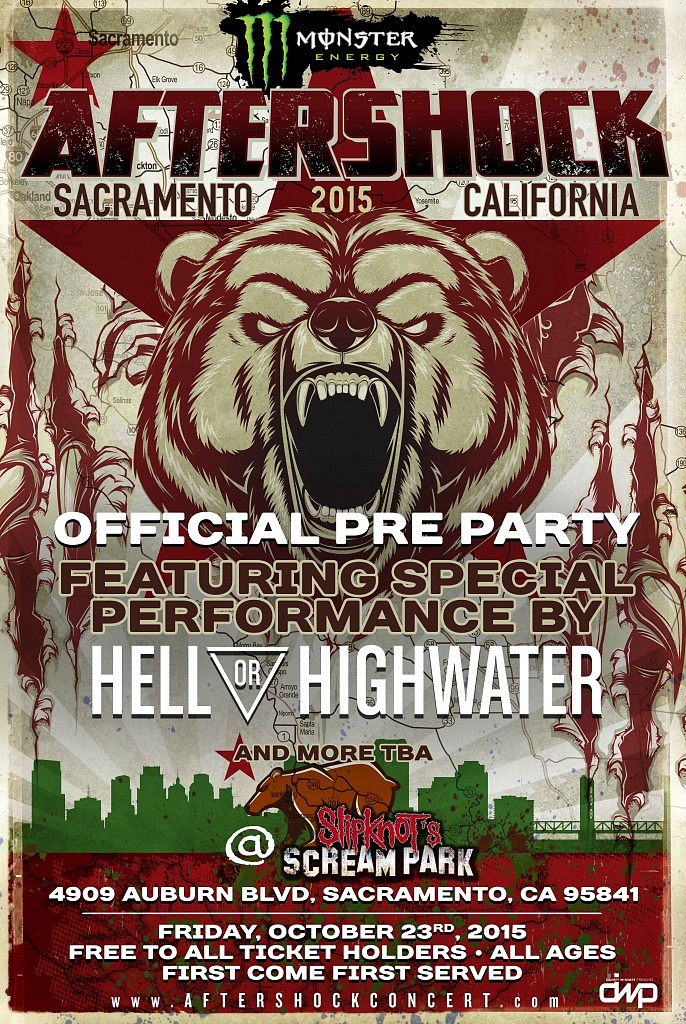 Slipknot’s Corey Taylor and M. Shawn “Clown” Crahan have partnered with Sacramento based Scream Park California to produce an event that explores a whole new, intensely visceral world of horror, as only Slipknot can provide. Slipknot’s Scream Park features three haunted houses and thunderous live horror entertainment. Slipknot’s Scream Park will also have an onsite presence at Monster Energy AFTERSHOCK on October 24 and 25.

A limited number of guests can gain admission to the Monster Energy AFTERSHOCK Pre-Party by showing proof of purchase of an AFTERSHOCK ticket. This will allow free access to the AFTERSHOCK Pre-Party, which will include live music and food trucks. That night, guests will be able to go through the haunted houses at Slipknot’s Scream Park for a discounted price of $15. More details will be available soon about music performances at the Pre-Party and how to obtain free Pre-Party admission, as space will be limited.