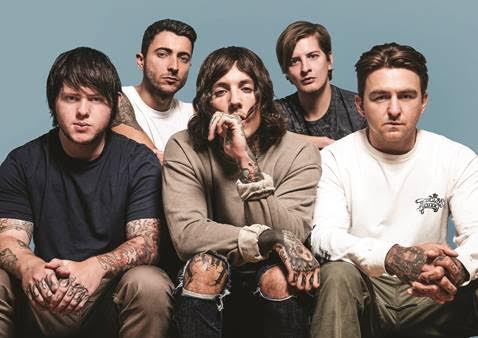 Bring Me The Horizon’s “That’s The Spirit” Hits #1! 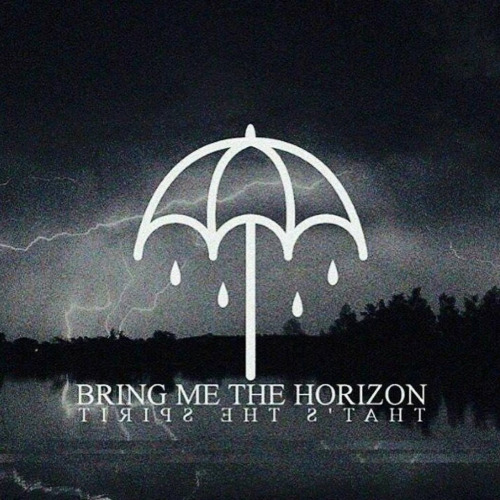 Bring Me The Horizon have the #1 selling album this week in the U.S. with their fifth studio release That’s The Spirit (Columbia Records). The album tops several U.S. charts, including SoundScan’s Top Current Albums, Top Overall Albums and Overall Digital Albums charts, as well as Billboard’s Top Album Sales, Top Rock Albums, and Hard Rock Albums charts; That’s The Spirit lands at #2 on Billboard’s Top 200 and is the highest debut of the week on the chart. The monumental chart entrance also marks the band’s highest career debut, besting their 2013 breakthrough album Sempiternal’s first week sales by more than double.

Around the globe, That’s The Spirit has made career-high debuts as well–#2 in the band’s native U.K., nearly tripling that of Sempiternal’s first week sales in 2013; #1 in Australia, marking their third top debut in the country; #2 in Canada and New Zealand, #3 in Sweden, #4 in Ireland, and #5 in Netherlands and Belgium. Upon its release last week (September 11), the album shot to #1 on iTunes in 19 countries, including the U.S., U.K., Australia and Canada. That’s The Spirit has been streamed more than 14.3 million times on Spotify around the globe.

That’s The Spirit’s lead single “Throne” currently nears Top 10 at Active Rock radio in the U.S., while SiriusXM continues to champion several tracks from the new album. Last week, SiriusXM Octane presented an epic underplay show with the band live from The Studio at Webster Hall. Tune into Octane starting tomorrow, September 22 at 9pm ET to hear the full concert broadcast (additional broadcast dates are 9/23 at 12am ET; 9/24 at 3pm ET; 9/25 at 6pm ET; 9/26 at 12pm ET;9/27 at 5pm ET). “Throne” has been streamed more than 8 million times on Spotify while its official music video has been viewed nearly 12 million times on YouTube/VEVO worldwide.

Buy Bring Me The Horizon That’s The Spirit iTunes 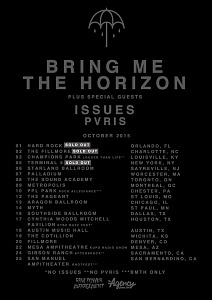