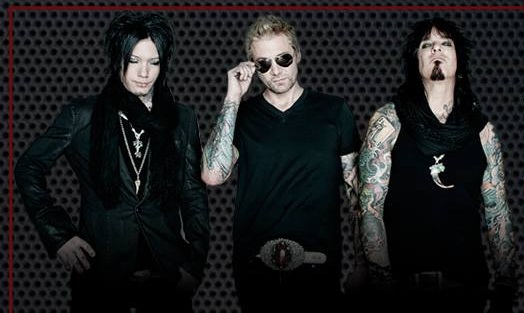 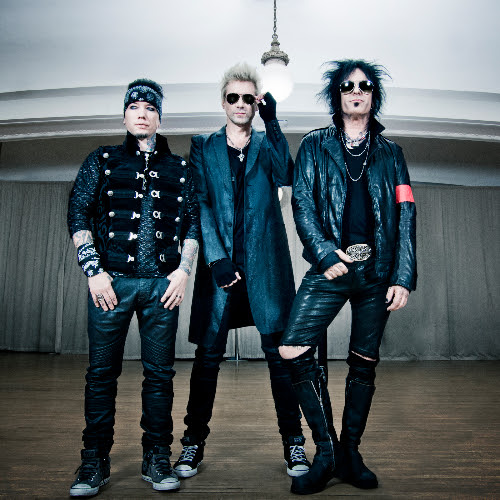 Sixx:A.M., the band formed by bassist Nikki Sixx, vocalist & producer James Michael and guitarist Dj Ashba. SIXX:A.M.’s previous two albums – THE HEROIN DIARIES and THIS IS GONNA HURT – both of which were accompanied by books of the same name – have sold over 600,000 copies and spawned 2 number one radio singles, “Life Is Beautiful” and “This Is Gonna Hurt”. Their third album, released in October 2014, called MODERN VINTAGE has garnered rave reviews. The album’s breakout hit single “Stars” has sold over 73K copies and its video has 1.1 million views.

“Sixx:A.M. is in the most creative place of our career and we’ve already completed almost 24 songs to date. We’re still on a writing and recording spree and plan on finishing up at least 30 songs total. Volume 1 and Volume 2 of the album have over 22 songs that tie together thematically and sonically. They will not be released at the same time to allow fans to absorb each album to its fullest but both will come out in 2016. This will be tied in with a 24-month world tour. For James, DJ and myself we think it’s the perfect time to release so much quality music to our fans who’ve been supporting us over the last 3 albums. We’re ready.” – Nikki Sixx 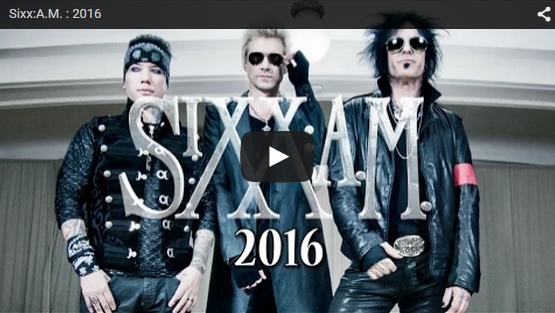 “There have been a few moments in Sixx:AM’s history that I would consider ‘turning points.’ When “Life Is Beautiful” reached the top of the charts, we realized that the three of us had a real chemistry and a knack for writing songs that connected with people. When we recorded “This Is Gonna Hurt”, it became clear that we had created a unique “sound” that only the three of us together could achieve. But, I believe that the most pivotal moment for us came when we set out on our first headlining tour for “Modern Vintage.” Playing to sold-out audiences every night made it clear that we had finally become a real band. We have now taken that energy and inspiration into the studio as we embark on our most ambitious undertaking… A double album which leaves no stone unturned in our quest to create important music and push the boundaries of rock.” – James Michael

“Imagine the next two years filled with world tours, meet n’ greets and more new music by Sixx:A.M. than your ears can handle. Well that’s exactly what’s going to happen! Nikki, James and myself have all decided to make Sixx:A.M. our main priority! We are on a mission to give our fans even more than they could have hoped for, both musically and visually. Also, we would like to thank you for your patience, your loyalty, and most of all, for turning us into a real band. We’ll see you on the road in 2016!” – Dj Ashba