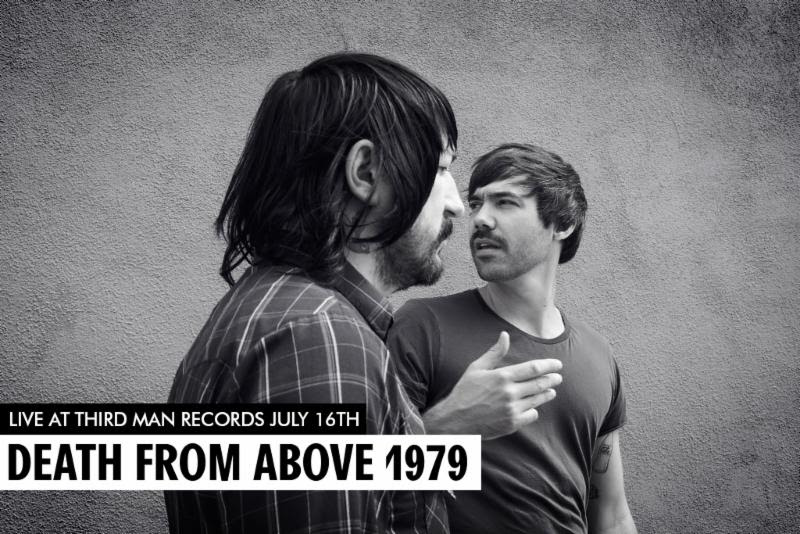 Death From Above 1979 Live at Third Man Records

Death From Above 1979 Live at Third Man Records In Nashville, TN 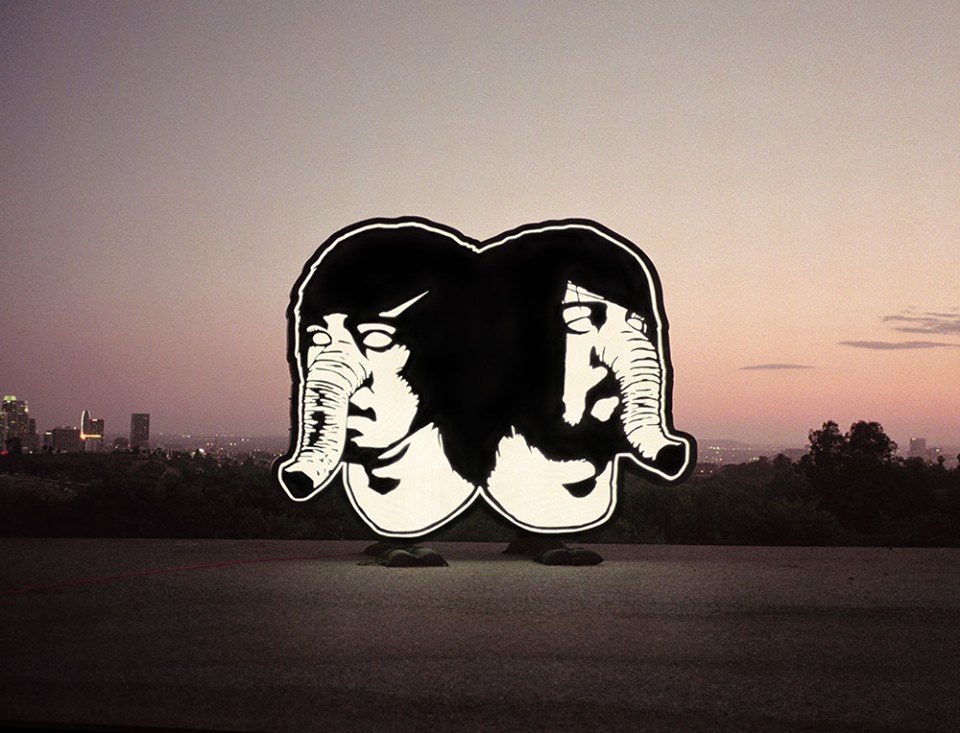 Canadian duo Death From Above 1979 will be making a stop off on their tour in support of their second LP, The Physical World,  for a live recording, direct to acetate in the  Third Man Records Blue Room in Nashville, TN on July 16th.

Jesse Keeler and Sebastien Grainger are international men of mystery (they’re from Canada) who dip their toes into whatever damn waters they please (MSTRKRFT, Deserts/Bad Tits, Femme Fatale, The Mountains, Black Cat No.13), and who know how to pen a song that’ll get you off your ass and make you feel things.  A decade after a sudden break up (following the release of their rich and gritty first record You’re A Woman, I’m a Machine, tours with Nine Inch Nails and QOTSA, and one foot in the door of the mainstream) Death From Above 1979 reunited and released their second LP The Physical World last Fall. The duo has picked right up where they left off and are hitting the road this Summer. Amidst their resurgence in which they claim their rightful place among Bands Who Are Worth A Damn And Will Prove It To You.

The show will take place July 16th. Tickets are on sale NOW 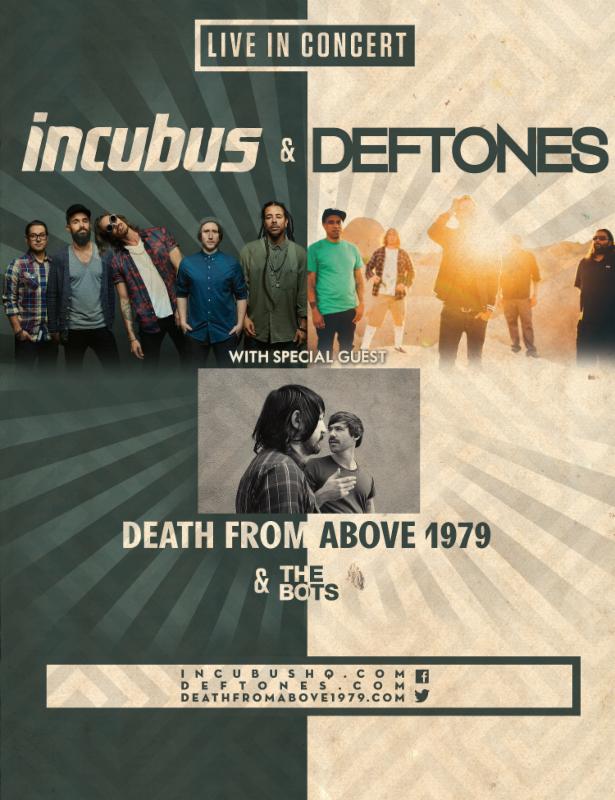 Catch Death From Above 1979 with Incubus and Deftones 2015 Summer Tour: 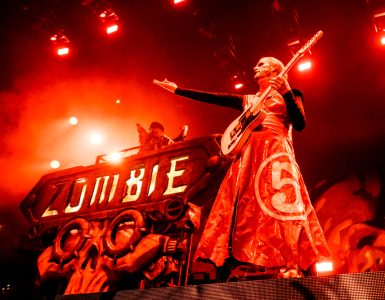